September of 2010 brought many changes for Portland State’s Center for Sustainable Processes and Practices.

September of 2010 brought many changes for Portland State’s Center for Sustainable Processes and Practices. For one, it is no longer referred to by that name; the center is now known as the Institute for Sustainable Solutions.

“The [old] name did not really resonate with people,” said Robert Costanza, professor and director of ISS.

ISS is known for managing the Miller Foundation Grant, the Graduate Certificate in Sustainability, and other sustainability-based programs, according to David Santen, Director of Communications for Sustainability Initiatives.

In addition, the Institute has taken on more than a new title; Costanza is also a new addition.

Costanza has had a lengthy history working in sustainability projects around the U.S. He was most recently employed at the University of Vermont, and began working for PSU at the start of September.

“I was getting a bit frustrated with the speed of [UV’s] movements towards becoming a sustainable university,” he said. “Then I heard about this new center that was being formed at PSU and got interested in that.”

According to Costanza, PSU offers freedoms that many traditional universities cannot.

“This is the one university in the country and in the world that could make the most progress in [a sustainable] direction and that is exciting,” he said. “This is the place to be.”

Most people have been impressed with Costanza’s go-getter attitude, Palleroni said.

“He’s not the kind of person who sits on the sidelines. He’s very actively involved,” Palleroni said of Costanza.

Since arriving less than a month ago, Costanza has already helped cultivate a new journal through ISS called “Solutions.” The journal will be a peer-reviewed academic journal, but written in a way that the public can understand and appreciate, Costanza said.

“It’s one of the things that has been missing from [most] university institutes—the ability to communicate with a much broader cross-section of academia, but also between university, policy community and the general public,” he said. “We’re trying to do all of that.”

“Solutions” is a non-profit print journal published twice a month, but is also published online. It can be found at www.thesolutionsjournal.org.

In addition, ISS will introduce a new weekly seminar surrounding sustainability on Oct. 6. According to Santen, it will be a free event and open to the public.

“[The seminars] will bring some of the leading thinkers around sustainability to PSU,” Santen said. “The goal is to provide a ‘solutions’-oriented discussion.”

These seminars will also be streamed online to reach a national and international audience, according to Santen.

Although his arrival has been surrounded by changes, in the end, Costanza came here to do what so many employees at ISS want to do—find solutions. He has his own ideas of how those solutions will be initiated.

“To find real solutions, we have to focus more on dialogue, discussion and consensus building, rather than debate and polarization. [At ISS, we are] trying to create a venue for that kind of discussion,” he said.

More about the solutions seminars

The Solutions seminars will take place every Wednesday from 5 p.m. to 6:30 p.m. in Shattuck Hall. For a list of upcoming speakers, visit www.pdx.edu/sustainability/solutions-seminars.

In addition, students who are interested may enroll in the seminars for credit through PSU. For more information, visit the link above. The seminars are cross-listed on the schedule of classes as Architecture (ARCH 407/507) and Environmental Science and Management (to be announced). 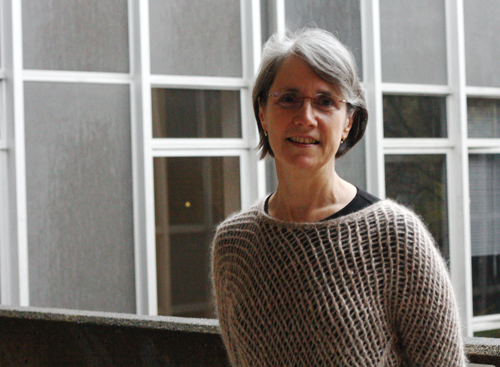