It’s a step in the right direction, but is it too little too late?

Beginning with the class of 2013, Oregon high school students will be expected to demonstrate adequate written communication skills in order to graduate. Teachers from all disciplines—not just English—are being asked to implement a more rigorous writing curriculum in order to prepare students for testing at the end of the year.

THE EMPHATIC OBSERVER
By Rabia Newton
It’s a step in the right direction, but is it too little too late?

Beginning with the class of 2013, Oregon high school students will be expected to demonstrate adequate written communication skills in order to graduate. Teachers from all disciplines—not just English—are being asked to implement a more rigorous writing curriculum in order to prepare students for testing at the end of the year.

I’m thankful that the Oregon public school system is finally paying writing instruction some much-deserved attention. However, I wonder if such a significant change is still too little and much too late. 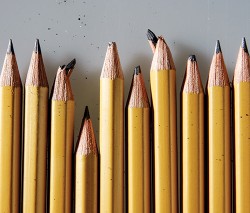 After all, one-third of this year’s seniors have already failed the very writing test they will be required to pass to receive a diploma. We’re obviously doing something wrong.

Class sizes are big. Budgets have been cut. Teachers are stretched thin. But writing is too important to fall by the wayside. As a skill that uniformly affects students’ performances in nearly every other discipline, effective written communication is perhaps one of the most valuable aspects of a comprehensive education—and the one that’s most often overlooked.

In a system that values math and reading test scores above all else, can we really expect teachers to transform an apathetic generation of texters and tweeters into decent writers?

I certainly hope so, but probably not by the end of the year. For major change, we’re going to need to see a fundamental shift in the way writing is taught and how writing instruction is viewed at the state and federal level, a daunting task at best. Simply incentivizing the concept of “good writing” by threatening students’ diplomas doesn’t seem like a long-term solution (or even a short-term one, for that matter).

And is it really fair to penalize students and teachers for failing to reach goals they haven’t been given the tools they need to meet? Probably not. With only 67 percent of high school juniors coming in at grade level on a test that teachers describe as easy, asking for more (without first giving more) strikes me as potentially counterproductive.

Unfortunately, though, in an educational system where test scores mean money, this initiative may be the closest thing to progress we can reasonably expect. But it’s still a top-down model of change that may hurt before it helps.

In fact, I might go so far as to predict a drop in Oregon’s already low graduation rates as a result and perhaps even a slight increase in dropouts. If you’re certain you can’t graduate, why bother showing up?

In an ideal world, writing instruction in public schools would receive more money and more time, and enjoy a broader spectrum of implementation. Teachers of all subjects would be trained in writing instruction, and testing wouldn’t be used punitively.

We don’t live in such a world. Quite honestly, I’m not sure we ever will.

Writing as a craft and a basic form of communication is not only devalued by our educational system, but also by our culture. We prefer “real” trades, like engineering or medicine—skills that produce tangible results. On its own, writing is just a bit too abstract and intellectual for us.

I really do hope Oregon schools are on the right path. I want this change to be an omen of good things to come. I wish for future generations of PSU students who are better writers because of it. But I also hope what’s being done is in the academic best interest of all students, not just those of the future. Only time will tell.

Lace your dunks and see some art.

A record store clerk and punk rocker talk about – sports