In a world where Citizens United is so powerful, seeing super-political action committees run rough-shod over our political process is pretty common. It’s been rare to see it in Oregon, but we’re going to get to see them in action soon.

In a world where Citizens United is so powerful, seeing super-political action committees run rough-shod over our political process is pretty common. It’s been rare to see it in Oregon, but we’re going to get to see them in action soon. 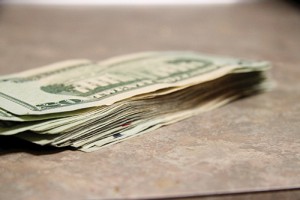 Oregonians for Higher Education Excellence was founded in March 2012, which marked the one-year anniversary of former University of Oregon President Richard Lariviere’s New Partnership proposal for UO to have an independent governing board outside of the Oregon University System.

The PAC’s prominent donors include Nike cofounder Phil Knight, UO’s biggest donor and a vocal supporter of making the school more independent from the state system.

They include Patrick Kilkenny, whom Knight lobbied successfully to have named UO’s athletic director, and who has given millions to the university.

They include Charles Lillis, who has given $14 million to UO’s business school and whose wife is a board member of the University of Oregon Foundation (a glorified booster club), and Andrew Berwick, another chair on the UO Foundation.

Tim Boyle, the founder of Columbia Sportswear, is another donor.

In short, OHEE has big money and big connections to UO.

The PAC has stated that its goal is to create more independence for Oregon universities. That’s OK to some extent, and Portland State President Wim Wiewel and Gov. John Kitzhaber have both expressed support for local governing boards—that’s not just a UO pursuit.

However, Lariviere’s plan included some bonding and funding measures that did severe damage to the other universities in Oregon, and judging from the membership of this PAC, their goals and the New Partnership seem to be in line.

While UO has donors with deep pockets, at schools like PSU the lion’s share of the responsibility for funding ends up getting passed to students in the form of tuition hikes and student fee bumps. This is why the OUS is important. It’s crucial to prevent one university from capsizing the state’s entire system.

UO may not think the situation’s fair, but smaller universities in the OUS do rely on the organization to stay funded.

Knight has too much involvement and too many investments in the school to
be trusted to act for all of us.

I don’t want an independent or endowed university; I want a university that makes decisions for itself but is ultimately still very accountable to OUS.

Public education should be public. It’s obvious—when we compare ourselves to nations with higher-performing students, those nations almost always have a thriving public education system.

If OHEE wants educational excellence, it should be focusing its efforts on making the current system work, or finding a new one, rather than creating one where Nike is more or less the sponsor of a university.

Stay on the lookout for OHEE. One way or another, the next year is going to be a big one for educational reform, and we’re going to have to make a decision about what we want that to be.

A second dose of experience