The bipartisan SB 242 was recently approved by the State Senate, giving the Oregon University System greater autonomy. The bill will designate OUS as a public entity rather than a state agency.

The bipartisan SB 242 was recently approved by the State Senate, giving the Oregon University System greater autonomy. The bill will designate OUS as a public entity rather than a state agency.

The commission’s idea ran parallel to similar legislation that OUS administrators were already formulating; OUS has since dropped its House bill and stands in full support of SB 242.

Under the new bill, universities will have more control over budgets and expenditures. Currently, when the legislature approves the state budget and predicts an enrollment increase of 2 percent, if there’s an increase to 5 percent—as experts have seen in recent years—OUS can’t spend the excess money without first undergoing legislative review.

Another phenomenon that SB 242 prevents is what’s known as a tuition sweep or a fund balance sweep. Currently, excess tuition funds fall into university reserve accounts that the state can access in emergencies to pay non-academic state agencies.

In addition, interest earned on tuition will now flow back to OUS. Under the current system, tuition interest circulates to the state. SB 242 fully dedicates that interest to needs-based financial aid, which OUS experts estimate could mean a bonus of $7–20 million.

Sen. Rod Monroe (D-Portland) co-carried the bill on the house floor. With two degrees from Portland State, he said he understands the frustration of students who facetuition increases.

“I care very much about PSU and PSU students,” Monroe said. “I am very sorry that we have had to increase tuition because of funding problems and a number of very difficult situations in the state. I believe that 242 will at least give the assurance that whatever PSU does in terms of its tuition revenues, any savings or special care to manage its finances will benefit the students completely.”

The bill will abolish the Oregon Student Assistance Commission and put in its place the Higher Education Coordinating Commission, a 15-member team appointed by the governor.

Regular commission members will serve tenures of four years and students will stay for two years.

With the university system no longer functioning as a state agency, OUS will be exempt from certain state laws that were termed “burdensome”
in the past.

Sen. Mark Hass (D-Beaverton) said he’ll be glad the state legislature can no longer take money from the universities—dollars, he says, that are taken mostly from students’ tuition.

The Coordinating Commission will be regulated by the State Board of Higher Education. According to Hass, commission goals will include improving incentives for universities.

“We need to provide an incentive to graduate kids from schools—incentive right now is enrollment. That needs to change,” Hass said.

All campuses under the current system host a committee that advises on the topic of tuition raises. The proposals are then sent to the Board of Higher Education for approval.

SB 242 will make it standard operating procedure that students must be included in those tuition decisions. Di Saunders, director of communications at OUS, acknowledges that future budget cutsare inevitable, but she said the bill will help preserve funds in the long run.

“Generally, we’re really excited about SB 242,” Saunders said. “Along with the state budget, this will allow OUS to continue their momentum. Record enrollment and record retention were achieved during a recession…We will be able to save costs. Students are basically paying for retirement and healthcare costs of all the employees in the university system. It will lower costs in that regard.”

The passage of SB 242 comes as the University of Oregon is trying to win further autonomy from OUS itself. President Richard Lariviere was granted a one-year contract extension on the condition that he stop aiming to win UO greater independence.

OUS administrators asked the university to hold its proposal until 242 passed.

In September, the UO proposal and its request to separate completely from the State Board of Higher Education will be reviewed.

A separation would allow UO to set its own tuition and approve capital construction projects internally.

Under the proposal’s conditions, the state will move $800 million of bonding authority to the university, which UO would match in donor contributions.

The interest gained would be equivalent to state appropriations. Bonds that are currently issued can’t be put toward capital construction or repairs, only operating costs. SB 242 was passed by the Senate and is expected to pass though the House this week.

PSU names athletes of the year 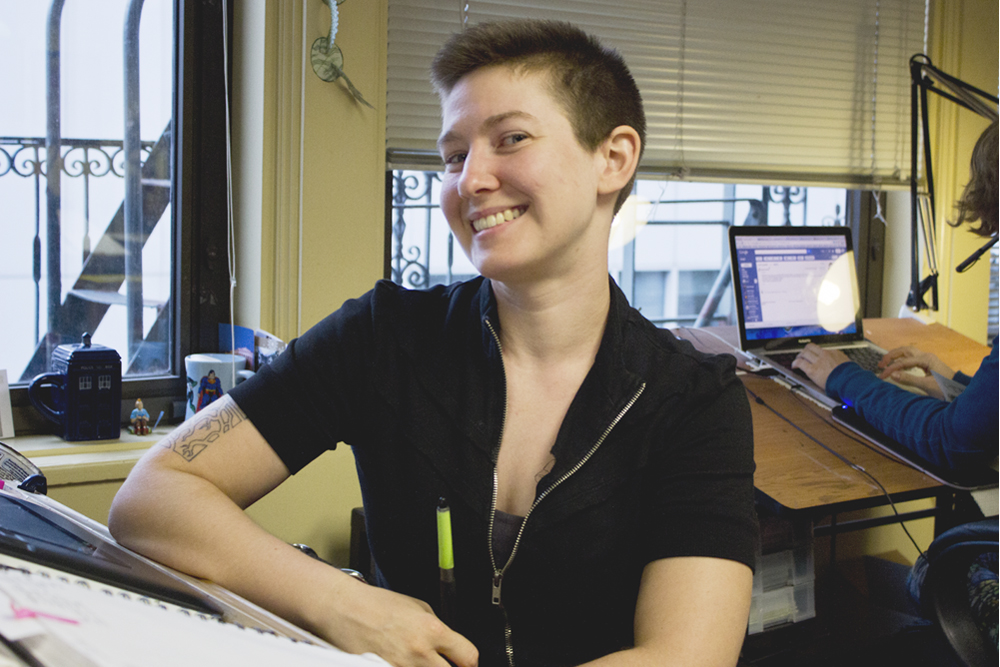 The top names in local comics to watch for