On Saturday night, at home and in front of 8,560 fans, the Portland Lumberjax played their first game in three weeks, and at times it appeared that Father Time had not been kind to them.

On Saturday night, at home and in front of 8,560 fans, the Portland Lumberjax played their first game in three weeks, and at times it appeared that Father Time had not been kind to them.

Nevertheless, Portland was able to pick up the victory and defeat the Philadelphia Wings, 12-10.

Portland head coach Derek Keenan said that he expected the team to be rusty after the 21-day layoff that followed his team’s last victory over San Jose.

But the Lumberjax were anything but rusty in the first period, as they shutout their opponent in the first quarter, the first such occurrence in two years. In addition to some stellar defense, they ended the quarter with an impressive five goals from four different players and had a commanding 5-0 lead after the first of four quarters.

Forward Derek Malawsky, a Victoria, British Columbia native, had two goals in the first quarter and by the end of the game had scored another, a season high for him.

“That’s good for an old guy like me,” Malawsky said modestly, laughing after the game. The 38-year-old has 10 years in the National Lacrosse League, the second most of any player on the team.

As strong as Portland appeared in the first quarter, in the following two quarters the Jax were a shadow of their former selves. The stifling defense all but disappeared as the Wings scored four points in each quarter.

And though their passes were rarely off and their trips down the field numerous, the Jax managed only two points in each quarter. Malawsky continued to be a presence though, with two assists in the third.

In the second quarter, the fans in attendance were treated to aggressive and hard-hitting play by both sides—lacrosse players tend to fight and attack each other like hockey players, but there is not as much padding.

For fans of the team, it came as no surprise that Morgan came through. In every game this season, the seven-year veteran has scored at least twice and in some close games this season his constant production has been the difference maker.

After trading another set of goals, the Lumberjax defense tightened up and allowed just one goal in the final seven minutes. The win was the first for Portland over Philadelphia at home in the team’s four years.

Keenan said he was impressed with the way his players stepped up as the squad heads into another long layoff—21 days until Portland will play at Buffalo.

“We had some big plays when we needed them in the fourth,” Keenan said.

During the lackluster second and third quarters, he said he thought that the team was suffering from some form of an identity crisis. “We kept thinking we were something we’re not,” Keenan reiterated again and again. “We can’t be a finesse team.”

The Jax head into next week’s All-Star Game break on a four-game winning streak and in firm grasp of second place in the Western Division of the National Lacrosse League. Keenan thinks they are in good position to repeat last year’s Western Division title. 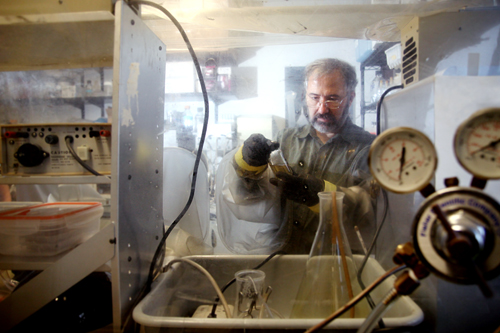