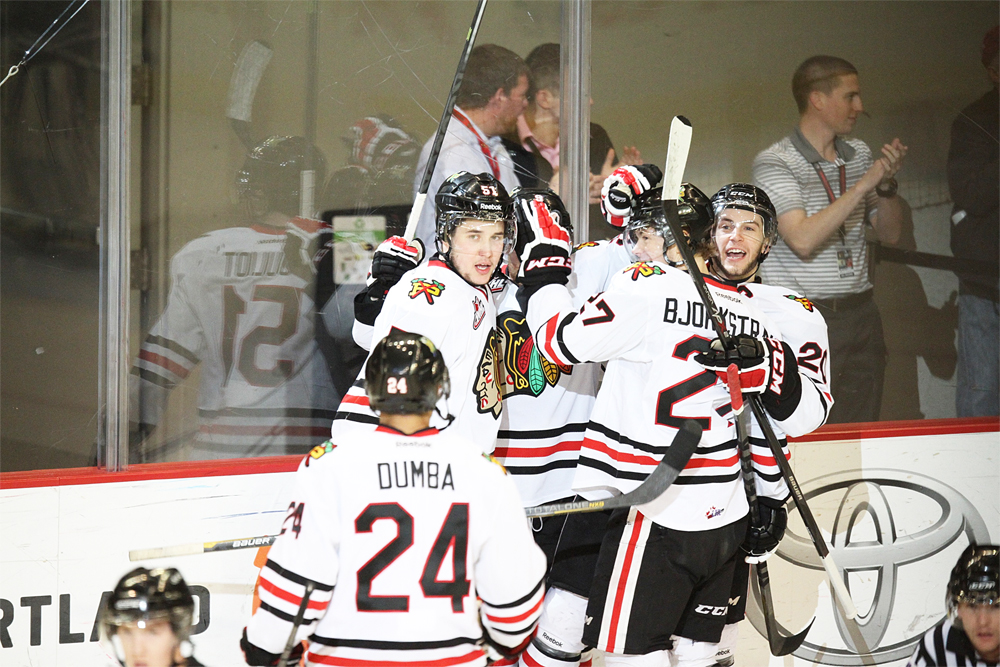 The Portland Winterhawks continue their quest to repeat as Western Hockey League champions in style. After a first-round sweep of the Vancouver Giants and a week off, they opened the second round with a pair of home wins against the Victoria Royals. The team is on a 13-game win streak going back to the regular season.

During regular season play, the Royals won three of four matchups against the Winterhawks. Each game was decided by one goal and featured dramatic finishes—two of the losses came in overtime and a shootout.

Game one was Friday at the Memorial Coliseum. Portland thoroughly thumped Victoria in an 8–2 win. The Hawks were up 4–1 in the second, with several different players scoring goals. Defenseman Mathew Dumba, who joined the club midseason from the NHL’s Minnesota Wild, pounded the puck into the goal like Fulton Reed of the Mighty Ducks.

The Royals net protectors struggled in this game, Patrik Polivka was pulled when they were down 7–2, but replacement Coleman Vollrath gave up another goal on the first shot attempted by the Winterhawks. Portland goaltender Brenden Burke had some fancy deflections early on, finishing with 25 saves on 28 shots.

The following night the series moved next door to the Rose Garden (known to some as the Moda Center). The sold-out building was wild with enthusiasm for their minor league hockey squad, and the Winterhawks brought their A-game. Though on this evening, the Royals would play with far more competitive fire than previously.

Victoria scored first on a power play, but Portland came back with a quick pair of goals by Nic Petan and Anton Cedarholm to take the lead 2–1. It was Cedarholm’s first playoff goal. Another Royal’s power-play goal, this time by Austin Carol, evened the score at two-all heading into the second.

Victoria’s Steven Hodges scored his second goal of the game, to put his team ahead early in the period. But Portland was in this game and looking inspired. They scored a pair of their own power-play goals, one from defenseman Derrick Pouliot and another from right winger Oliver Bjorkstrand. Both men scored again in the third, leading to a final score of 6–3. Bjorkstrand, Pouliot and left winger Brendan Leipsic finished the game with three points apiece. Burke had another solid defensive effort, saving 22 of 25 shots.

The Winterhawks will travel to Victoria, British Columbia, for a pair of games early this week. The final three games, if necessary, will alternate between Portland and Victoria.

The WHL playoffs feature the top-16 teams from their Western and Eastern conferences; each round has a seven-game series. The winner of the WHL championship hoists the Ed Chynoweth Cup and earns a spot in the Memorial Cup, the crowning championship of the Canadian Hockey League. The winner is determined in a four-team round robin tournament. The CHL consists of the WHL, Ontario Hockey League and Quebec Junior Hockey League.

The Winterhawks, while winning the WHL championship last year, lost in the Memorial Cup finals to the Halifax Mooseheads. Portland won the Memorial Cup in the 1982–83 season, as well as 1997–98. In addition to their Memorial Cup wins, the Winterhawks have also won the President’s Cup three times. The team was known as the Montreal Oil Kings before moving to Portland and re-branding in 1976. 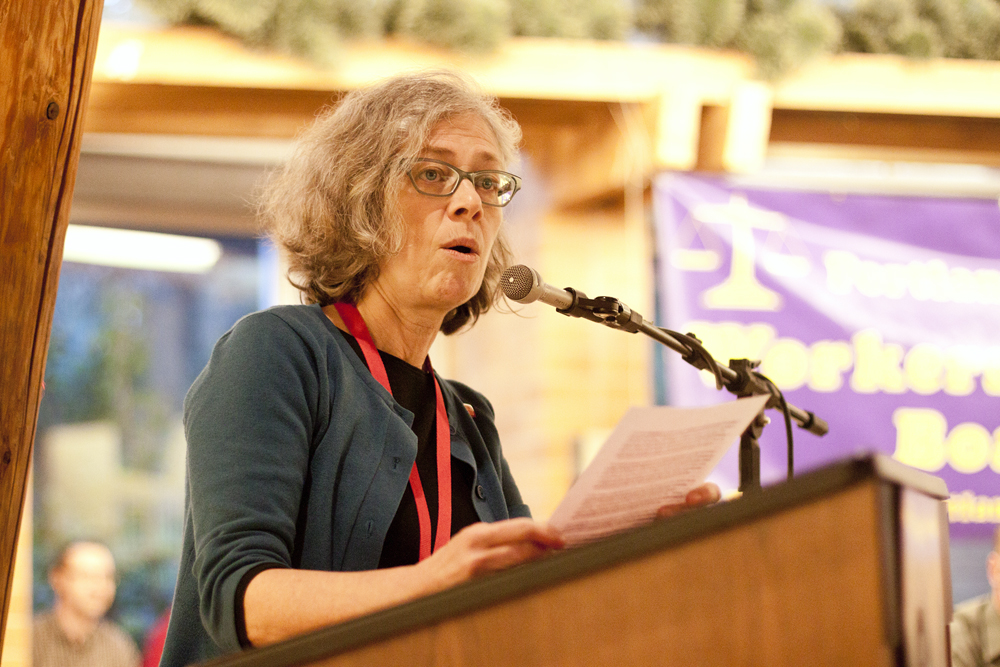