Despite having translated a number of seminal Persian works, Dr. Dick Davis is still unearthing fresh beauty and stumbling upon new nuances of the Persian language to this day. 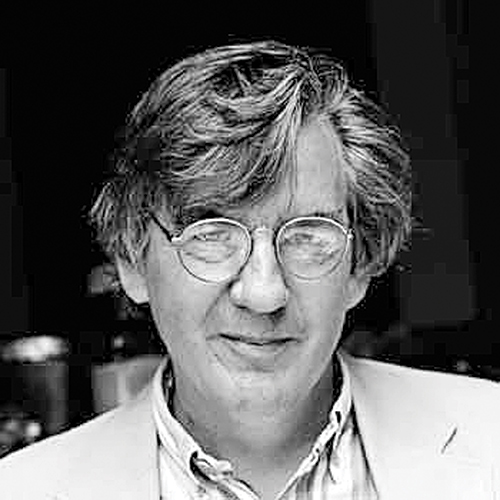 Despite having translated a number of seminal Persian works, Dr. Dick Davis is still unearthing fresh beauty and stumbling upon new nuances of the Persian language to this day.

Persian, he explained, is idiomatic.

“It’s possible to know what every word in a sentence means, but still to misunderstand completely what the sentence as a whole means,” Davis said, comparing the difficulties of learning the language to the similar complexity of English.

Davis, an accomplished poet, scholar and translator of medieval Persian poetry, will be teaching at Portland State this term.

As a visiting scholar, Davis will teach two courses this term and two courses in the spring. Among his course offerings are “Iranian Women Writers” and “Persian Mythology and Folklore.”

His arrival will help spearhead PSU’s new Persian minor in its inaugural year.

“[Davis] is a very important pillar in Persian literature,” said Anousha Sedighi, an associate professor of Persian who leads the program.“He’s really going to be important for the visibility of the program.”

Davis has authored more than 20 books, including collections of his own poetry and translations of seminal Persian works. Included among these is his critically acclaimed translation of the epic poem The Shahnameh, or Persian Book of Kings, which was ranked as one of the 10 best books of 2006 by the Washington Post.

Born in England, Davis studied English at the University of Cambridge, where medieval literature, in particular, resonated with him. Davis taught English in Greece and Italy, but his life commitments lay a continent away.

“I wanted to go somewhere outside of Europe for a while,” Davis said. “ I had a friend who was working as an archeologist in Iran at that time, and he liked it so much that he suggested that we share an apartment in Tehran for a year.”

Within the year, Davis met his future wife. He stayed in Iran for another eight years, where he fell in love once more: this time with the country’s literature.

“Almost as soon as I was able to read medieval Persian, I decided that this was something I wanted to give my life to in a serious, committed way,” Davis said.

As both an English-language poet and a translator of medieval Persian poetry, Davis finds that composition and translation are, in many ways, complementary.

“I’m very aware that my own poetry has changed and, I think, become better from my translating Persian poetry,” Davis said. He finds that his own poetry mirrors, in some ways, the highly formal nature of the poems he translates.

“Both in writing your own poems and in translating, you need to engage two different parts of your mind,” Davis said. There is the almost unconscious openness to inspiration, he explained, and the readiness to, as he described, “shape and mold what you’re given.

“I’d emphasize that both have to be there in both cases, just in somewhat different proportions,” Davis said.

Davis, who most recently taught at Ohio State University, will teach both translation-based courses and a class following the original Persian texts.

“What I always look forward to is getting at least one or two students really turned on to the literature, to get them to see how great it is and to love it as much as I do,” Davis said.