Whether we like it or not, Portland State is the college we chose for the time being. Every school has its advantages and disadvantages and the same goes for PSU, which has its own set of achievements and disappointments. 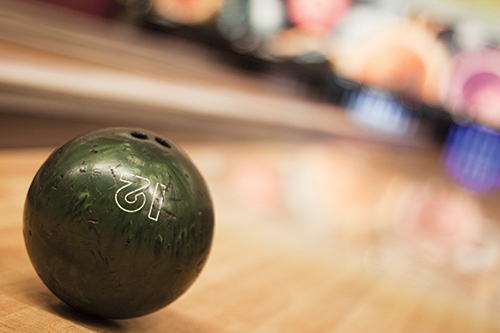 Whether we like it or not, Portland State is the college we chose for the time being. Every school has its advantages and disadvantages and the same goes for PSU, which has its own set of achievements and disappointments.

Being in the middle of an urban environment is one of PSU’s best qualities. For those searching for a city rich with environmental consciousness and interesting people, Portland is an awesome place that steals many hearts.

The beer alone could be enough to attract many students—Portland has more than 70 microbreweries and brewpubs. From the striking sour beers at Cascade Brewing to the unbelievable alcohol content in Hair of the Dog Brewing Company’s drinks, Portland is a wonderland to craft beer enthusiasts.

One eccentric quality that sets Portland apart is its enormous selection of food carts. They seem to be everywhere these days, and
FoodCartPortland.com says we had 689 licensed mobile food venders at the end of 2011. Despite the questionable sanitation inside those dark little trailers, the food that comes out is some of the best in the city and comes at an affordable price. PSU is amazingly fortunate to have so many spattered throughout the Park Blocks and along Fourth Avenue and College Street.

Despite the beer, the good food and the environmental awareness, though, we’re still in the middle of an urban environment. This means that crime will be higher, as we’ve seen from the gun-waving lunatic in Parking Structure 3 and the upsetting number of sexual assaults that keep happening around campus. We’re a fairly safe city overall, but there are definitely some setbacks.

Downtown living also comes with a high price tag. The cost of parking is a nightmare for any student who’s already paying ever-increasing tuition. Even if you pay a few hundred dollars for a term pass, you’ll usually get stuck circling the garages during the first week of term when everyone actually decides to shows up.

Those crazy enough to attempt to locate an apartment near campus will find the additional living costs can add thousands of dollars to their education debt. Portland has saturated itself with occupants. The city’s tiny 3.6 percent vacancy rate contributed to the more than 6 percent rise in rent during the last year.

PSU also has some random interesting points. Not all students seem to know about the bowling alley, pool room and video game area in the basement of Smith Memorial Student Union. While the equipment is a bit old and tends to break down, it’s actually a pretty fun place to meet up between classes.

It’s also close to Food For Thought Cafe, one of the only PSU dining options that don’t make your stomach churn. It’s run by students and uses local, fresh and organic foodstuffs, unlike the grease-soiled garbage that Victor’s Dining Hall (located in Ondine Residence Hall) calls food.

It’s meeting people that becomes challenging. PSU is so decentralized compared to schools like Oregon State and the University of Oregon, both of which have closed campuses. Our campus life seems strained at best and nonexistent at worst. I lived in the dorms at PSU for two years and only became friends with a handful of people, and all the little dorm events forced onto unsuspecting residents tend to be uncomfortable for everyone.

Likely, this is one of the reasons the university has such a hard time keeping first-year freshmen. In 2010, PSU had 1,293 first-time freshmen (meaning they’d never been to university before), but only 73 percent came back for sophomore year. Here’s the kicker: PSU’s six-year graduation rate is an abysmal 35 percent, according to an article previously published in the Vanguard [“Grad rates are up,” Jan. 11, 2011].

These numbers can be attributed to many different factors, like our nontraditional student base and working student body—and let’s not forget the large number of transfer students messing the whole system up. However, the numbers remain the statistics that influence the university’s funding as well as how employers judge PSU’s success.

Still, PSU is a really fun place to go to school, and there are tons of local businesses where students can try to get internships and start careers. U.S. News & World Report ranked PSU in its top 10 up-and-coming colleges, so maybe there’s hope for all of us yet.