A large group of civil and environmental engineering students from Portland State headed down to Corvallis, equipment in tow, to compete in the 2013 American Society of Civil Engineers Pacific Northwest Division Conference on Saturday.

A large group of civil and environmental engineering students from Portland State headed down to Corvallis, equipment in tow, to compete in the 2013 American Society of Civil Engineers Pacific Northwest Division Conference on Saturday.

Out of 17 universities from around the Pacific Northwest, PSU placed 10th. The University of Alaska Fairbanks received first place and Washington State University came in second.

The three main competitions included building a concrete canoe and a steel bridge and completing a technical paper. Teams of students have been preparing for the competition since the beginning of fall term. This was their time to finally show all their hard work.

A lot of elements went into a combined score for the steel bridge and concrete canoe. PSU’s steel bridge placed fifth out of 13, but in the individual categories the PSU team placed first in construction speed, fourth in lightness and fourth in economy.

“We’re pretty happy with the results since we’re coming home with a plaque, but also a little disappointed we’re not going to nationals,” said Christina Charvat, the team captain. “We were excited to complete all stages of the competition without taking any major penalties, and we’re happy with our construction.”

The environments of the steel bridge and concrete canoe competitions were completely opposite but equally competitive.

Many things are considered in the competition, but first is the construction. The team members have to stay in a set space and other members have to quickly and efficiently run pieces down so they can construct the bridge.

Shuttles were running throughout the day between the steel bridge and the lake for the concrete canoe construction. It was a beautiful sunny day with a couple hundred people watching as teams frantically set up for the first endurance race.

PSU’s steel bridge team only took about eight minutes to construct their bridge, so Westrich said it was exciting to watch; other teams were taking upwards of 40 minutes, and that can get hard to pay attention to.

Looking around, it was easy to see the difference in canoes, and by the end of the day only about five were fully intact, including PSU’s Steiner, which is the Norse word for “stone warrior.” There were five races throughout the day: men’s and women’s endurance, men’s and women’s sprint and a coed sprint.

Some canoes didn’t make it home in the best shape. Boise State University’s canoe broke into thirds during the women’s endurance race. It was their first time sending a team in seven years, and they said that it was heartbreaking when the canoe failed. The University of Alaska team had sent their 880-pound canoe to Corvallis five weeks before the competition and, toward the end of the day, their canoe was split in two as well.

“There was totally a sense of team camaraderie,” said canoe team racer Stan
Kowalezyk, a sophomore in civil engineering. “We had some emotional ups and downs throughout the year, but we had really good team unity and we pulled it together to create a successful product. It was a lot of fun, and I’m definitely doing it next year.”

In 2014, PSU will host the conference. About 35 PSU ASCE members were able to make it to the conference this past weekend to get ideas for next year.

Reporter Gwen Shaw is a civil engineering student and a member of ASCE. 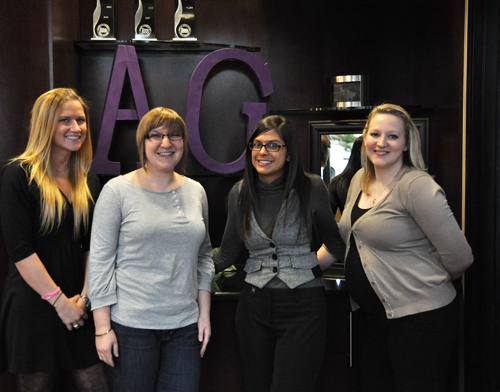 Careers in the arts