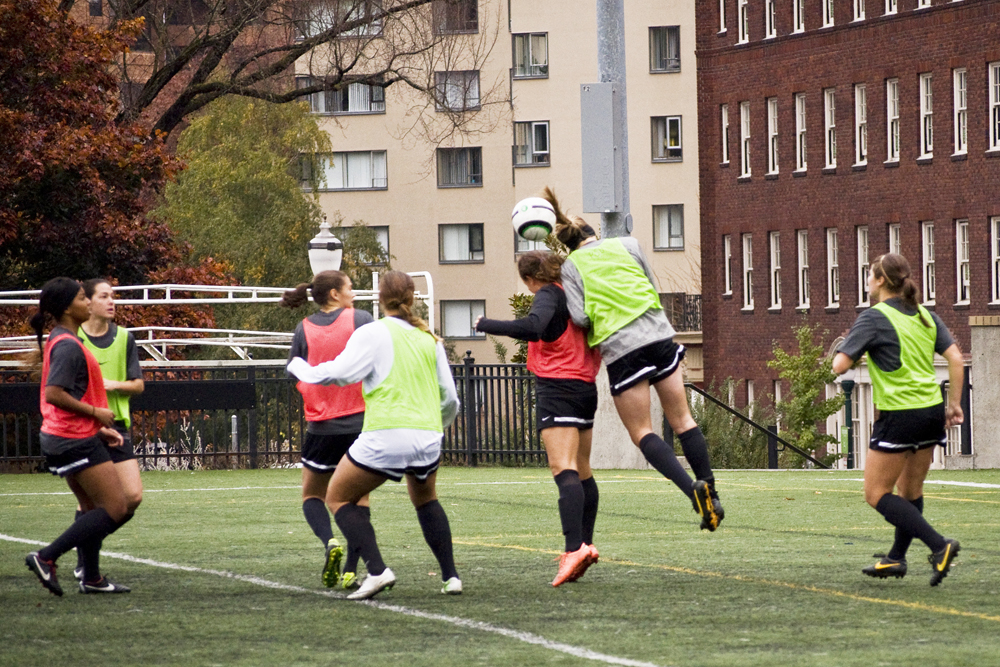 After completing the program’s first unbeaten Big Sky record, the Portland State women’s soccer team will be hosting the Big Sky Soccer Championship on Thursday, Nov. 7, and Saturday, Nov. 9, at Hillsboro Stadium. Throughout their season, the team recorded an impressive ten shutouts and only allowed a total of three goals—two of which came as a result of penalty kicks. Laura Schott, the head soccer coach, believes that this victory streak came from a team full of hardworking and dedicated individuals. “Our players are more serious about success than they have been in years past,” she said in an interview, “everyone wants to win on every team, so this year we have a group that takes care of the basics without question. This has allowed us to focus on details that separate good from great.”
This year’s team is also incredibly young. Out of its twenty-five players, eighteen of are underclassmen, and Schott doesn’t seem hesitant to play any of them. Out of the twelve players to score points, seven were freshmen or sophomores. Schott believes that a good team isn’t based on age, and says “regardless of how young or old our team is, my expectation is that we do the best we can in any given year.”

The team’s upperclassmen have also made quite an impact on the program as well. Eryn Brown, a PSU junior has developed one of the best seasons of all-time at PSU by ranking fifth in points (19), tied for fifth in goals scored (7), and tied for sixth in assists (5) in a single season. Ariana Cooley, another PSU junior, was named Big Sky offensive player of the week earlier in the season as a result of her two goals and one assist in the matches against Weber State and Idaho State.

The tournament will include two semifinals and a championship match, with the winner of the tournament earning a spot in the Big Sky’s NCAA Tournament. The Vikings have qualified for the Big Sky Tournament ten times in their 17-year history in the conference, but have only hosted the tournament twice before this season. When asked about her expectations for the coming weekend, Schott said, “my expectation for the tournament is to focus on one game at a time.” She believes that getting caught up in the potential results of the event would result in misplaced focus.

PSU will be one of three teams playing at the event—the third-seeded Weber State and second-seeded Northern Arizona will play in the first semifinal at 12 p.m. Nov. 7, while the top-seeded Vikings will host fourth-seeded Northern Colorado at 3 p.m. in the second semifinal on Thursday. The winners of the semifinals will then play for the championship at 3:30 p.m. on Saturday, Nov. 9. When asked if she was worried about the competition, Schott commented “All of the teams in the tournament are good. It is a talented field so any team we face will bring a good game.” She isn’t worried, but understands that her team is going to have to maintain the same level of focus and motivation they have demonstrated throughout the season in order to have a shot over the weekend.

Schott feels that although her team has done well this season, she realizes that it’s not quite over: “At some point we may reflect on the great things that have happened this season because there have been many great accomplishments. Right now though we have no plans to reflect, only to continue preparing for the next games.” 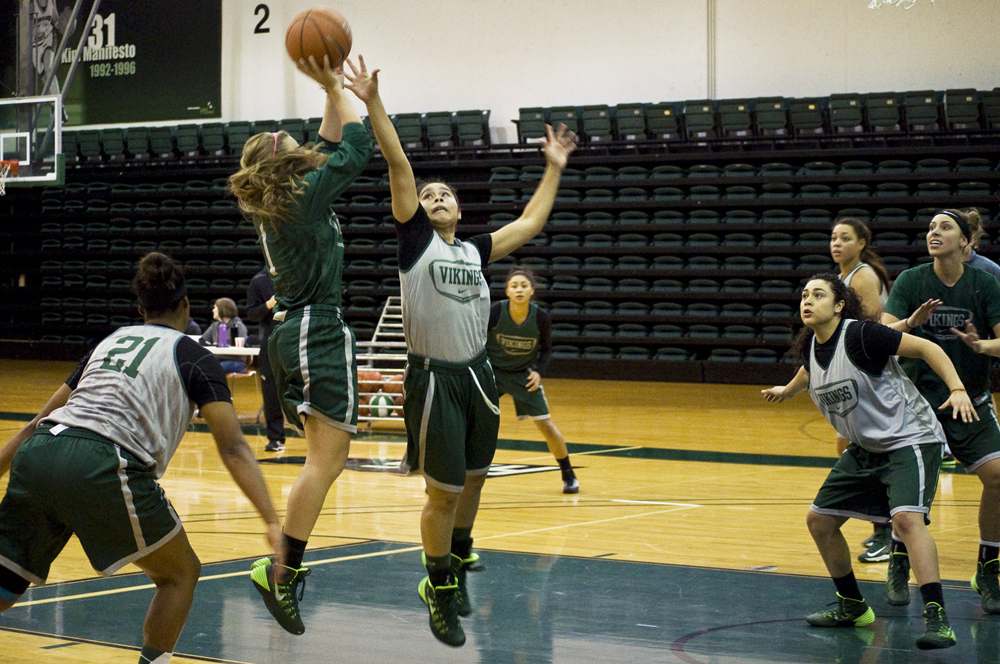 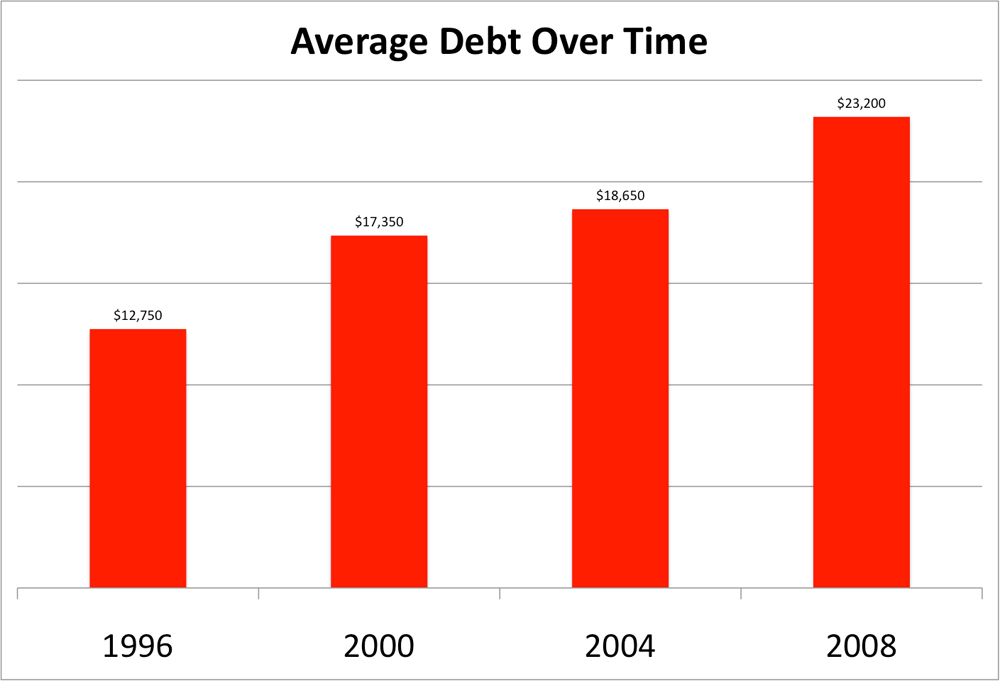 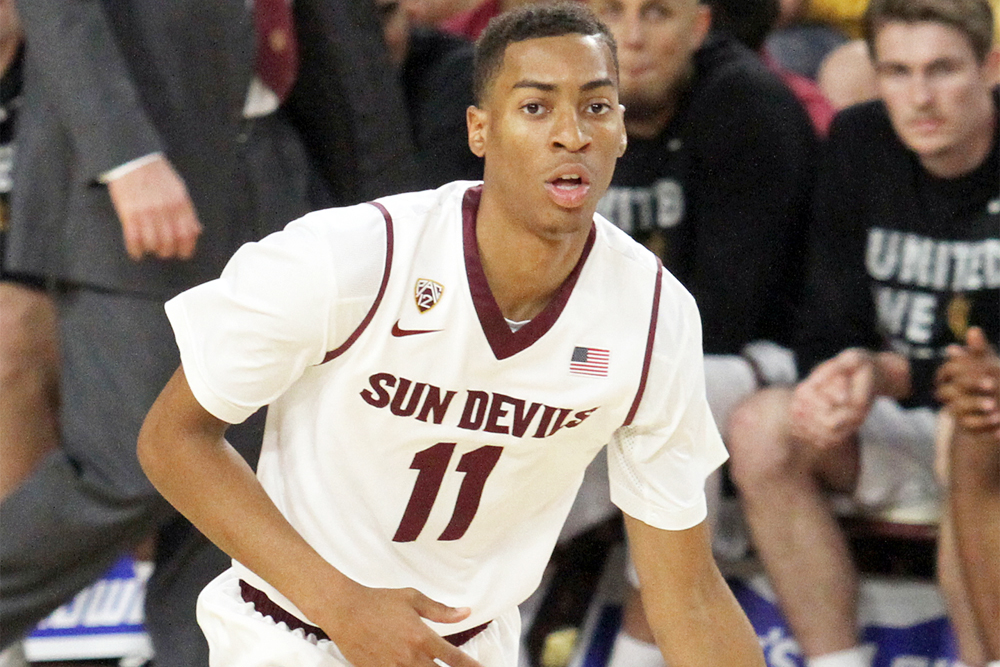