Gather up your empty bottles, old newspapers and used soup cans because it’s time for RecycleMania, the annual 10-week-long recycling competition between PSU and more than 400 colleges nationwide.

Gather up your empty bottles, old newspapers and used soup cans because it’s time for RecycleMania, the annual 10-week-long recycling competition between PSU and more than 400 colleges nationwide.

This is the third year Portland State has participated in RecycleMania, which started Jan. 27 and runs until April 5. Last year, PSU placed 13th out of the 66 schools registered in the waste management category, and will participate in that category again this year.

For last year’s competition, Portland State averaged 60.48 pounds of waste per person and 13.28 pounds of recycled material per person.

“I think we’ll do better than last year, we’re getting the word out and getting people excited,” said Julia Person, graduate assistant in the PSU Sustainability Office. “But it’s not all about winning. It’s more about raising awareness for recycling on campus.”

To motivate resident students to participate, Person said, there will be a mini competition between the Ondine and Broadway dormitories for most recyclable materials and least waste weight per building.

Portland State is also competing for the Gorilla Prize, which rewards schools with the highest gross tonnage of recyclables, regardless of campus population.

The per person waste and recyclable material results are calculated based on how many students and faculty are registered at the school part-and full-time, and how many live on campus, said Andres Perez-Charneco, coordinator for the National Recycling Coalition, which oversees the competition. Graduate assistants compile waste and recycled material weights according to records from Trashco, the group that collects PSU’s waste and recyclables, and submits those records to RecycleMania.

“I’m looking forward to this year’s event and think it’ll be very exciting for the whole school to participate,” said PSU Sustainability Coordinator Noelle Studer. “Sustainability has been quiet so far this year, and RecycleMania is a chance to raise awareness and get students involved.”

Results from the first week of competition will be posted this Friday, Feb. 8. To view the rankings or learn more about the competition, visit www.recyclemaniacs.org.

The RecycleMania competition is run by the National Recycling Commission (NRC) and endorsed by several organizations, including Coca-Cola and WasteWise, an Environmental Protection Agency-founded resource group for businesses and schools.

Currently in its seventh year, the number of participants in RecycleMania has doubled since last year, when about 200 schools competed. This year 4.3 million students from 400 schools will participate, according to a RecycleMania press release.

“The ability to increase awareness of recycling while tapping into the friendly competition between schools is the magic of RecycleMania,” said Kate Krebs, executive director of the NRC.

The last The Street Savage 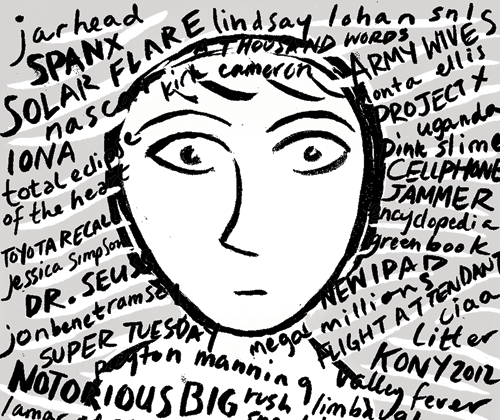