Students interested in testing their sea legs will have ample opportunity with Portland State University’s sailing club fall term. Whether a maritime master or a nautical novice, the club caters to sailors of varied ability.

“We participate in all levels of sailing,” club coordinator Keith Brkich said, “from cruising with very little wind to racing in heavy winds, which requires more athletic activity.”

With participation strong in 2001, the club is experiencing a resurgence in interest after a number of off years in the late 1990s. The club boasts a roster of 13 sailors, though Brkich stresses that newcomers are always welcome.

“We really hope to establish a strong base of participation,” Brkich said. “The club could use some freshmen and sophomores to create a foundation here.”

The club competes in the Inter-Collegiate Sailing Association (ICSA), and travels to regattas, or racing competitions, at Western Washington University and Washington State University. The club will also host two events in Portland this fall, competing at the Willamette Sailing Club.

“We have two regattas in Portland this term, on Oct. 27 and 28 and Nov. 17 and 18,” Brkich said. The club travels to Coeur de’ Lane, Idaho this weekend and makes two trips to WWU in Bellingham later in the fall.

The club sails two flying juniors (FJ’s), which are two-person boats. Single-person vessels, of which PSU owns five, are known as lasers and will be raced next weekend at the single-handed qualifiers in Seattle.

The club meets for practice Tuesdays at 3 p.m. and Fridays at 4 p.m. at the sailing club. Located at 6336 S.W. Beaver Ave, the club is three miles from campus and situated on the 40 and 35 bus lines. Those interested can contact Brkich at 503-313-6774 or reach him by e-mail at [email protected]

Participants work on skills in practice ranging from sail rigging to roll tacking, a strategy of tipping the boat to gain speed through the tack, or the position of a vessel relative to the trim of its sails.

“We want to get folks involved in a great sport, a sport that’s a lot of fun and very competitive,” Brkich said, “and at the same time, get to know others that are interested in sailing and what it has to offer.” 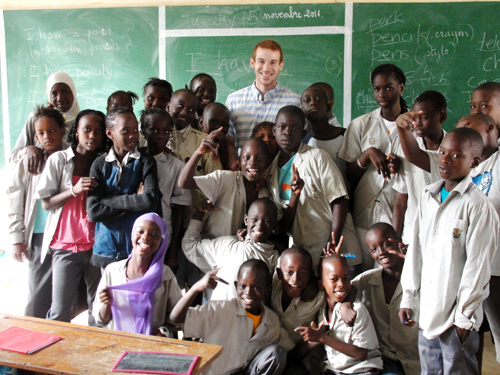