Ah, college. The calm cloistered academic environment; the challenge of learning; the rampant alcohol abuse; the thrill of unsafe sex.

Wait, scratch those last two – my mom may be reading.

In all seriousness, I think it’s safe to say college is the breeding ground for a variety of bad habits. Alcohol abuse and risky sexual activity are high on the list.

According to some studies done this year in the Annual Review of Public Health, nearly 600,000 students between the ages of 18 and 24 are unintentionally injured while under the influence of alcohol. In that same age range, some 700,000 students are assaulted by another student who has been drinking. Almost 97,000 students are involved in alcohol-related date rape or sexual abuse, and roughly 400,000 students reported having had unprotected sex as a result of alcohol use.

Perhaps the most alarming statistic of all is this: according to a 2002 study, about 100,000 students aged 18 to 24 reported they were too intoxicated to remember if they consented to sex or not.

As college students we know that these things happen; people get drunk, people get angry and get into fights, people hook up. But why must this be so? Why this connection between alcohol abuse and sex, and why do these two things march hand-in-hand more often on college campuses than anywhere else in society?

Any good psych professor will have an answer for you. Social environments are stressful, and college, being a massive social environment, is no exception. Humans are social creatures and are often stressed out from the college experience, especially as freshmen and sophmores. A lot could be said about the need to conform, the need to make friends and form durable social networks, but it seems to all boil down to the fact that social environments cause anxiety, to differing degrees, and alcohol is the coping mechanism de rigueur of college campuses in the U.S. today.

Akira Okizaki, a second-year student at PSU who is also a DJ at local nightclub, commented on the stress-busting role that alcohol plays: “I think it’s kinda sad how kids have to do drugs to do certain things nowadays – they’ll be nervous, and I guess they feel that, ‘Well, this will take care of the problem of me being nervous.'”

Consider the typical social mixing event on college campuses: the dorm or frat-house party. Lots of people you don’t know + uncertain place in the social hierarchy + plenty of work required to demonstrate high value to a variety of strangers = lots of anxiety. Alcohol, which is often offered for free at parties, is a legal drug that dampens the electrical signals in your brain enough to relieve social anxiety to the point that you have fun, make friends and eventually pass out.

“Fucking a passed-out girl is disgusting and wrong,” according to Laura, a sophomore studying English. “There is no excuse.” She added, somewhat bitterly, “Damn necrophiliacs in training.”

But let’s be fair to the guys. Some girls’ intentions can be confusing. What about those girls who say they have to get drunk before they make out with someone? Apart from being a warning sign of serious anxiety, this sort of message can be extremely confusing to men who were brought up in a culture that, on the one hand, extols the masculine virtues of dominance (note action heroes and forceful male lovers), and on the other hand drops sexual-harassment bombs every other day with the latest scary news about a high-level executive whose career was ruined by mere allegations of sexual impropriety. What is a red-blooded, hormonally-attuned, sensitive new-age college guy to do?

Back to Laura: “They should realize that just because the girl is drunk and possibly asking for it doesn’t mean she’s quite in her right mind.”

Is it any wonder we walk into parties full of hot women and immediately want to do keg stands?

The responsibility seems to lie heavily upon men to “read” their potential sexual partners very well, and avoid straying into the irrationality of state-based decisions. The state being “blind drunk” and the decision being “take me now.”

There is a sense, however, that girls share some of this responsibility. DJ Akira again: “Girls have to take personal responsibility – they can’t get drunk and start messing around and just be like ‘I can do whatever I want, and if something bad happens, I’ll just blame it on somebody else.'”

I empathize with any woman who has ever spent an enjoyable evening making out (or more) with a boy she found hot, only to deeply regret it later. I also have empathy for the man who slept with a girl because she asked him to, and then walked away the next morning feeling cheap and used, his personality and masculinity reduced to the role of stunt cock. These are tragedies of the social order and go a long way towards increasing alienation and enmity between the sexes, and fueling sexism. We should avoid them if at all possible.

So, for guys: don’t do anything with drunk girls, no matter how adamantly they try to convince you that they are perfectly sober (and some will try). Remember, under Oregon law, an intoxicated person cannot give consent. Only have sex when you are fully conscious and not under the influence of any mind-altering drugs, never within two hours of going swimming, and possibly only after signing a written contract of consent.

And for girls: take responsibility for your emotions and intentions and make them clear to your potential partners. Know thyself and make thyself known. Only get drunk in the presence of people you know and trust, and use your female friends to cockblock potential overenthusiastic boys. Above all, be honest about your desires and intentions, and under no circumstances have sex the first time with a new partner while either one of you is drunk, even if it makes it easier for you. You probably won’t remember it later, and if you do it might seem pointless. 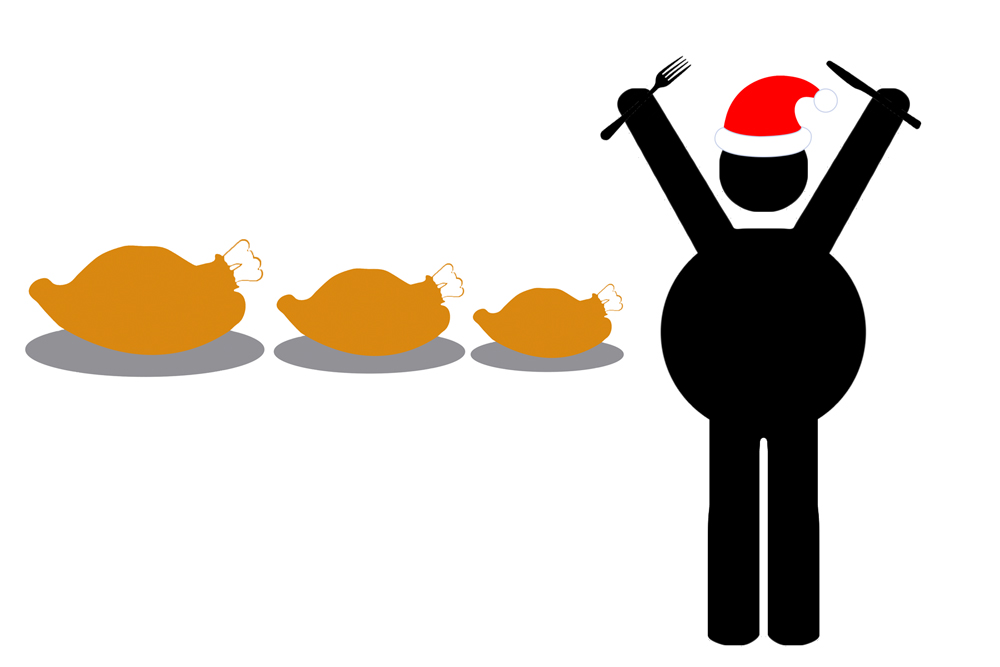 Holiday Hoopla Without the Heft