As students prepare to elect their new leaders at next week’s student elections, Student Fee Committee chair candidates took time Thursday to debate their positions on issues such as rising student fees and the need to inform and involve more students about the committee.

The committee chair is a voting member but may not make motions. The SFC allocates $8.2 million in student fees to student groups including the Vanguard and athletics. Elections will occur March 6-10.

Progressive slate candidate Madeline Enos is a community development major and a current SOC coordinator who has never served on the SFC. Stressing the importance of transparency in the budgeting process and her desire to build community, Enos also said it was vital to give marginalized students a voice on campus.

“I think it’s an important goal for the SFC to increase student involvement,” she said. “I’ll do my best to see that SFC money directly affects students.”

Running with the Diversity slate, chair candidate Kayla Goldfarb highlighted her experience as a student leader and current committee member. Goldfarb said she chose to run with the Diversity slate because of the wide breadth of people running on the slate. She added that she had never met many of the candidates before choosing to run and that serving with close friends was sometimes disadvantageous.

“I know I can lead this SFC to be competent,” Goldfarb said. “What’s really important to me is training and to be unified.”

Both candidates addressed the recent $30 increase per term to the student incidental fee and the 3 percent cut to all student group budgets that the SFC approved last month. The increase raised student fees to $137 per quarter.

“Last year we were lucky and only raised it $5,” Goldfarb said, who had sponsored a motion during the SFC hearings to increase the fee to $35 with no cuts. “It may not increase next year.”

Enos disagreed and said she felt the fee “will go up next year,” though she added she is committed to keeping fees as low as possible. Another point of contention between the candidates was their approach to SFC accountability.

“I would urge students to come to a hearing,” Goldfarb said. “Come talk to me. We’re always willing to answer questions. These groups and services affect everyone if they choose to be involved. I urge students to seek out these programs.”

“SFC members need to be accountable,” Enos said. “We need to develop informative material so students have the opportunity to understand why they pay (the fee), where it goes and how it affects them. I think it’s extremely important to put on workshops as well.” 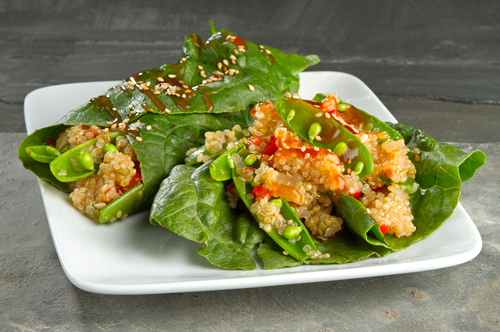