Want to buy that video game or new coat even though you know you won’t have enough money later for food or rent? Are your parents and friends tired of enabling your overspending habits by helping you out when your bank account falls short?

Want to buy that video game or new coat even though you know you won’t have enough money later for food or rent? Are your parents and friends tired of enabling your overspending habits by helping you out when your bank account falls short?

Well, shopaholics, according to The New York Times, the psychiatric world is working on making your petty buying impulses into a proper mental disorder. That ought to generate an excuse to get Mom and Dad off your back for a little while.

If there’s one thing Americans are skilled at, it’s coming up with excuses, especially when it pertains to money.

Working at a bank, I am constantly bombarded with excuses for overdraft accounts as they beg, plead and scream obscenities in attempt to have fees waived. No one reads the fine print. So what the money wasn’t in there then, it is now. These are not people whom only go overdrawn once in awhile, but are habitual abusers. These are shopaholics who can’t go without DirectTV or that Nordstrom purchase.

If psychologists still feel that treating shopaholism is more important, perhaps they should consider the treatment not on an individual basis, but as a condition of our society. No one ever talks about Third World countries being shopaholics. Even talking to Europeans who have access to luxuries, they are content with not having the biggest SUV or best entertainment system.

Suggesting that impulsive shopping is a mental problem rather than a societal concern is the perfect ploy for psychologists, who are no doubt suffering from the economic crisis because fewer people can afford their outrageous fees. Patients who have been laid off must now choose to pay for food and rent rather than therapy.

So naturally, psychologists are going after the people who have no qualms about spending money. Rather than ceasing to spend money, shopaholics will instead be plumping up the bank accounts of psychologists and pharmaceutical companies. Indeed, this “recent breakthrough” suspiciously coincides with the season where people will be receiving their tax returns and (hopefully) stimulus checks.

The New York Times says, “While shopaholism, as the laymen say, has been recognized by the German psychiatric community as a subset of obsessive-compulsive disorder, it still awaits its day in the United States.”

The attitude of The New York Times article alludes that we’re lagging behind the Germans. But since when did the United States have the mindset the something must be right because Germany is doing it? Last I checked we should consider what is morally and ethically right for America.

We can look at other countries for guidance but nothing is mentioned as to how German shopaholics have been helped or hindered by this classification. Also, other countries should be mentioned for a well-rounded perspective if this is the angle that’s been undertaken. There are so many other issues at large that psychologists could be looking at that seem more pertinent.

Children are suffering from the economic downfall, living in cars and starving. People who are already diagnosed with disorders such as bipolar, obsessive compulsive and attention deficient should be given priority. Right now, they’re just being handed medications.

Americans need to get over the notion that there’s nothing that a magic pill cannot mend. One of my friends is taking several different antidepressants and then more pills to stabilize the antidepressants. She’s only 20 and she takes six pills total just for depression. And she’s still depressed.

People of this country need healing, but it goes beyond pills. Medication is only a temporary Band-Aid that doesn’t reach the heart of the issues that need to be resolved. Patients are prescribed medications that should only last to stabilize a person so that they can be open to real healing one can’t find in a bottle. 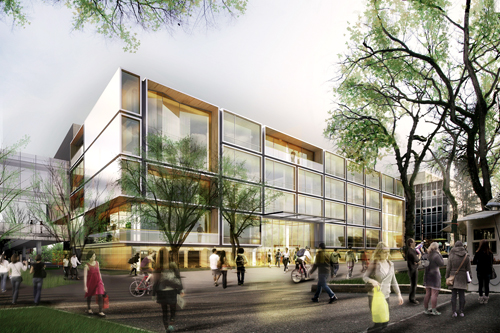 Digging your hands in