Pagans are not atheists – they just show reverence in different ways from other religions, members of a small but dedicated Student Pagan Association said at an event Tuesday night.

The association presented a “Paganism 101” program in Smith Memorial Student Union. The program by association co-president Jessica Potter, senior in computer science, and Michael Wright, sophomore in history, emphasized the different types of modern paganism along with their commonalities.

“Personal experience is the most important thing,” Potter said.

Wright told the audience, “There are two general themes in religion. One theme is non-monotheistic religion [religions that honor more than a single specific god, such as a prophet or a savior]. Then there are other religions.” He implied that paganism qualifies as one of these “others.”

“Paganism emphasizes the importance of spiritual agency and power instead of god,” he said. “It could be personal power of one’s own.” In contrast, he said, many non-pagan religions rely on priests or patriarchs.

The overriding philosophy of paganism, Potter said, is self-responsibility. Potter introduced the pagan “wheel of the year” that divides the year into days for special celebration, among them the equinoxes and solstices. Many of these pagan celebrations carry over into modern customs. Imbolc is Feb. 1, celebrating the first sign of spring, echoed in current culture by Groundhog Day.

Ostara comes at the time of the vernal equinox, about March 21, and is a fertility observance. The modern traditions of the Easter bunny and Easter eggs originate from ancient pagan practices. Beltane, on May 1, endures as a pagan rite through the May Pole celebration.

“The pagan wheel lines up with holidays we all celebrate,” Potter said. Paganism covers a variety of different beliefs.

“Deity is either polytheistic or all gods are viewed as one god, or deity,” she said. “For some, the earth is the mother. The gods are there to teach you. You go to them for learning. A lot of pagans believe in karma.”

“You’re responsible for your own actions,” she said.

She quoted a common pagan aphorism, “Do what thou wilt but harm none.” The deities, she said, “put problems in your way to help you grow.”

The three most common pagan beliefs in the United States are Wicca, Druidism and a form known as Asatru. All three are different in many ways but share common themes.

There are holy texts, Potter said, but they are taken symbolically rather than literally. Many practice divination, with such aids as tarot cards or runes. Others may ascribe energy to herbs or crystals.

“Pagans believe in energy and emotions are part of energy,” Potter said. Some believe in a reincarnation or an afterlife world. Others believe that the body after death disperses to make up other entities.

“There’s a big focus on the cycle of life, death and rebirth. Things in life go through cycles,” she said. “Deity is viewed as either polytheistic or all gods are viewed as one god or deity.”

Pagan prayer can have ancestral roots, from pantheons such as Egyptian, Roman, Celtic and Coptic. There are even pagans called “Christo-Pagans.” Prayer must be positive. The prayer cannot be negative, it must send positive energy.

A key type of ritual in paganism is the formation of a circle that is believed to contain divine energy. Deities are called to the circle. When the circle is broken, the energy dissipates. Meditation may be practiced in different ways, such as a theatrical play, chants, singing or the fire dance.

Potter examined the question of pagan feminism. She said, “There is some focus on feminism but most common is a balance of male and female, gods and goddesses.”

Potter advised persons interested in paganism to see Open Ways magazine, available at alternative stores. On the internet there is witchvox.com and groups.yahoo.com.

The Student Pagan Association is in its second year at PSU. The co-president with Potter is Carrie Davis, a graduate student in speech and language technology. The membership currently totals about 10 students. 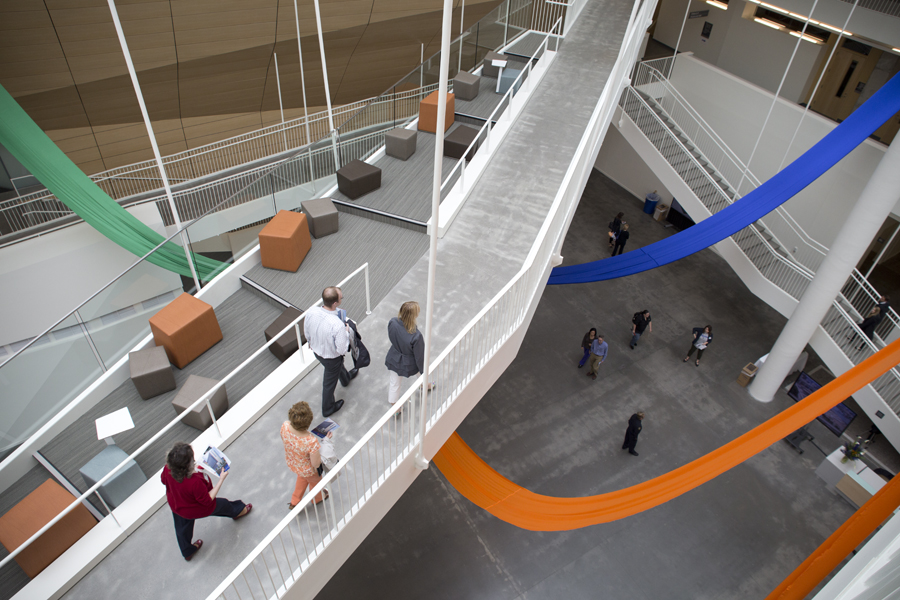