Provost candidate Christopher Hill started the next phase of his interview process when he visited campus Monday and Tuesday. Hill met with students yesterday to discuss his perception of the provost’s role, expressing eagerness to dig in to the job of overseeing Portland State academics and emphasizing the importance of lobbying state legislators for support.

Somewhere between campus tours, private meetings and public forums with students, staff and faculty, Hill found time to contact a real estate agent. "I told him I wanted a house within a 10 minute walk of campus," he said.

Hill met with students yesterday to discuss his perception of the provost’s role, expressing eagerness to dig into the job of overseeing PSU academics.

"The provost is the boss of the deans," he said. "Don’t tell the deans I said that. They think they’re very independent."

The provost is on the second tier of the Portland State power pyramid, answering to President Daniel Bernstine at the same level as the vice presidents of university relations and finance and administration. The provost position has been open since Mary Kay Tetreault left last summer to focus on writing and teaching. Michael Reardon is the interim provost.

Hill is the first of five finalist candidates applying to replace Tetreault. The next candidate to visit PSU will be John Wanat of the University of Wisconsin-Milwaukee, who will be on campus Feb. 11-12.

Hill said he’s familiar with competing for resources against the older and more established schools like the College of William and Mary, "which was founded before God," he said, laughing. "They occupy the high ground, and our job is to attack."

He emphasized the importance of lobbying the state for support.

"PSU is the largest university in head count, not full-time equivalent, right? That and a cup of coffee will at least get you a meeting with the state legislature."

"I think it’s part of the job of the provost, the president and the leading friends of the university to make the case for the resources over and over and not take ‘no’ for an answer," Hill said. "Higher education has to be aggressively engaged in the political process." 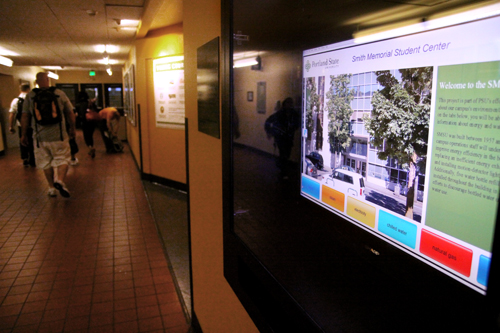 A dollars and cents guide