The shimmering crystal lights hung high overhead in the womb of the Schnitzer Concert Hall. The chattering of voices was distinct enough so that one, if wanting to, could pick up certain words, certain phrases even. But to stand was to rise into a droning hum of a thousand typewriters; and to look across the sweep of the audience was to see a thousand definite hair-dos fresh from the salon. I had found myself, again, stretching my proverbial “mind” by accepting an offer to see a performance at the downtown Portland venue.

I am such a sucker for a ticket of any kind. I thrill at the rush of the audiences seeking some sort of enlightenment or abstracted emotion or suspension of time. So, it was no surprise to my companion that I had eagerly accepted a prized ticket to a sold-out modern dance performance. I was really beginning to particularly enjoy the dynamics of this particular audience when the lights were dimmed and then extinguished altogether and the only sound remaining was the expectant hush and a few scattered coughs.

Then, out of the sidelines, two bodies flung themselves into center stage. Bodies frantic, but faces oddly serene, the incredibly fit man and woman swung and tipped and whirled to a range of musical selections. Their bodies acted seemingly independent from their perceived facial intention.

The two dancers grew into three and then four, then the entire company of dancers were engaged in a scene reminiscent of a playground fight, but instead of punches, kicks and screams it was wide arcs of the arms, whirled kicks and those half smiling, half dazed expressions. I grew uncomfortable being so close to the stage, not able to stop myself from thinking that their physical exuberance would somehow spill off stage and possess my legs to begin their own little jig right there in the audience. Honestly, it was like being trapped on some path of penance with a little “West Side Story” cock-of-the-hip, instead of the long march to judgment.

I grew anxious and sweaty and paranoid. Being so close to the stage I knew that if I exploded from my chair and ran screaming from the theater my friend (“known” in the Portland art community) would excommunicate me from our fragile friendship. So I waited until intermission, all the while biting my cheek on the inside to displace the mental discomfiture using physical suffering. At intermission I was bluntly honest with my friend, “This is fucking hell.” She indicated that it was rather boring to her and she would not mind leaving after a glass of champagne, so I slammed two and we exited into the rainy night.

The next morning, over coffee, I felt strangely aware, painfully aware of everyone’s physical presence; every movement was accentuated with the spotlight of my attention. A sip of coffee by a coffee shop patron was like watching the opening scene from “2001: A Space Odyssey,” where the bone is hurled into the sky in the slowest of cinematic slow motion. The patron reaches, focuses on cup, bends elbow, brings to lips, the cup slightly suspended, tipped gently, the perfect balance of the changing weight of the depleting coffee perceived and accommodated by the hand and the elbow.

It was all so perfect. The human body acting without the specific intention of the totality of the mind. I was in absolute awe. I just stared at the coffee drinker with the gaze of a father looking at his newborn child, I wanted to reach out and touch the person and say, “Did you just see what you did? You drank your coffee.” But I did not need to say anything, the coffee drinker was irritatingly aware that I was utterly absorbed by her actions. She huffed at me and moved to a distant corner. Movement as abstracted form and without the constraints of theatrical narrative – in other words, modern dance – has forever changed the way I notice motion and physicality. At first painful, and later stunningly illuminative on many aspects of modern life, I have but one word for anyone I meet, “GO!”

Be annoyed; be challenged at the apparent frivolity of spinning around a stage. Ask yourself how your religion, your life, your emotional state informs your every movement. Ask yourself why American culture is fascinated with the semi-militaristic movement of certain sports, the restricted movement within transportation, the conformity and perversity of ballet.

Examine why your own walk, your own hand gestures, your own sitting posture tell a story which more people will “read” than any story you will ever be able to pass on using your voice. Examine the prejudices and conservatism and fear that many Americans have over the body and its possibilities of movement and your own arbitrary constraints that form and shape and control your own motion and rhythm. And, if you can, do it this weekend when one of the foremost and most intellectually stimulating choreographer/dance company in our region performs “Nine Red Steps” at Conduit Studio in downtown Portland on Friday, Saturday and Sunday night. 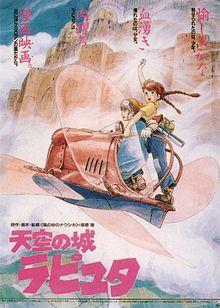