Back when LPs were the standard music format, a double album meant two LPs and 60 to 70 minutes of music. Albums like Blonde on Blonde or Husker Du’s Zen Arcade felt like epics because most albums of the era were only 30 to 40 minutes long. But now in the age of the CD, a double album means upwards of a hundred minutes of music, too much to take in.

But it probably doesn’t help that I listen to music cinematically. Which means an album such as Blinking Lights and Other Revelations feels like one of those impossibly long European movies (think Bertolucci’s “1900”) that wear you out with all their plots and characters and gorgeous, sweeping camera shots. There is simply no way to completely take in the new Eels album; it’s just, to switch metaphors, too big of a meal. I’m full. Hell, I’m bloated.

And what I’m convinced of is that Mark Everett (I’m not going to call him “E”) could have made an absolutely stunning LP out of Blinking Lights and Other Revelations. And, yeah, I know that’s what every reviewer says when they review a double album. I’m even willing to admit a lot of people will enjoy that the album is so all over the place thematically.

But in my subjective opinion, this album is too obese for its own good. There are somber, bone-chillingly sad songs (“Son of a Bitch,” “The Suicide Life,” “Dust of Ages”), angry songs (“Trouble with Dreams,” “The Other Shoe,” “Old Shit/New Shit”), slyly ironic songs (“Going Fetal,” “Hey Man, Now You’re Really Living,” “Whatever Happened to Soy Bomb”), gorgeous instrumentals (see: almost every other track), and songs that seriously sound like Sparklehorse’s It’s A Wonderful Life (“The Last Time

We Spoke”). I haven’t heard an album trying to please so many different audiences since Notorious B.I.G.’s Life After Death.

One of the biggest problems with this glut of material is that it can make you forget what an amazing songwriter Everett is. “The Last Time We Spoke,” though sounding like Sparklehorse, is one of the most heartbreaking songs I’ve heard in awhile; the line “Nothing hurts/ like someone who knows everything about you/ leaving you behind” is particularly stunning. And “Ugly Love” is the kind of love song Randy Newman used to write, back before he started doing soundtracks to Pixar movies. Everett’s talent harkens back to ’70s songwriters like Newman and Nilsson, who were such geniuses you sometimes forget to realize how much work they put into their craft.

But then there are songs like “Sweet Lil’ Thing” and “My Losing Streak,” which are basically the same song. Both celebrate the arrival of some wonderful woman who makes Everett feel good and whose existence promises to rid him of all his demons. One of these kinds of songs is annoying enough, but two makes me sick. Why spend the rest of the album detailing the complexities of living and loving just to throw in a paint-by-numbers pop song about a new girl? The only audience that sort of song pleases are people too stupid to handle a little ambiguity in their life. I’m sure one if not both of those songs would be gone if Blinking Lights wasn’t a double album.

Maybe, though, these are all minor gripes. What’s to stop someone (including me) from just burning their favorite songs onto one disc, creating the perfect album out of Everett’s epic? I’m sure he wouldn’t mind. And then it would be clear what an amazing band the Eels is and how fortunate we are that a major label artist is out there making some of the best music around!

Nah, it’s still bugging me. In tribute to Mark Everett’s bitterly truthful tunes, I must continue to gripe just a little longer. Because it’s not just as easy as making your own version of an album. I believe the artist has a responsibility to create an album that exists as a whole. I mean, you can take a piece of Picasso’s “Guernica” and a piece of a Warhol print and some Pollock paint splotches and put them all together, but what you end up with is not the sum of its parts. Even if you can create one great album out of Everett’s two, on some level he’s failed as an artist to decide who he is and what he’s trying to say. Choices are what art’s all about and Everett is trying to evade making choices – and that bothers me. Here’s hoping it doesn’t bother you. 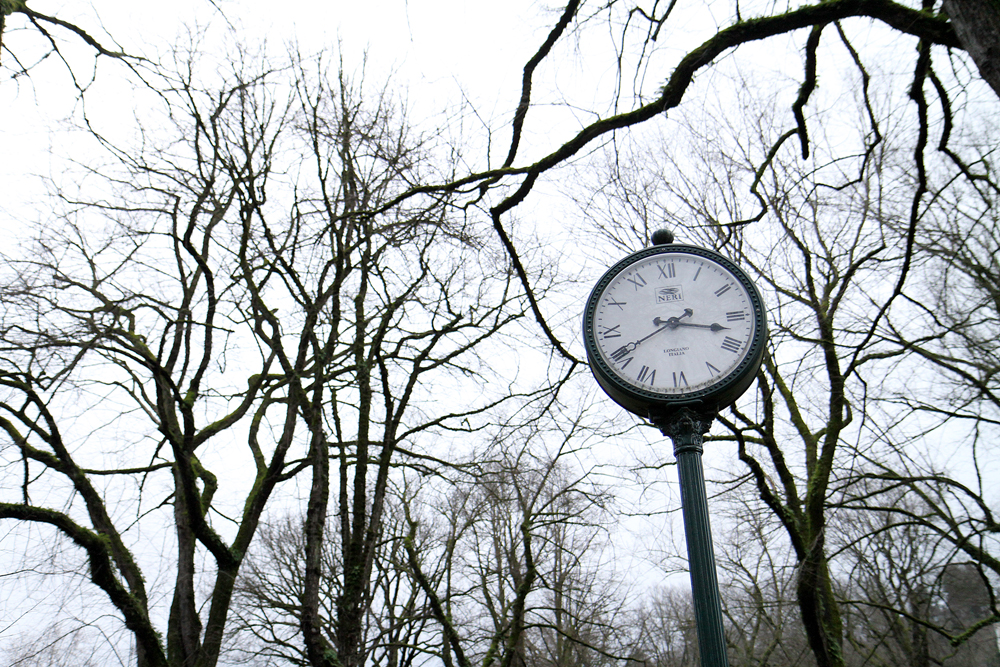