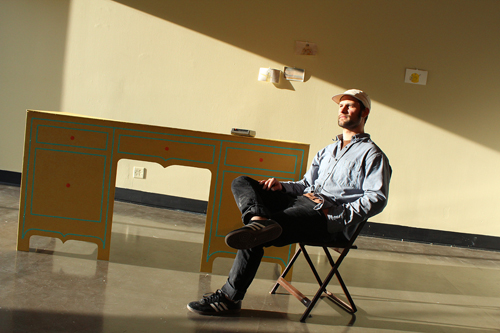 Will Bruno, a Master’s of Fine Arts candidate, remarked that the AB Lobby Gallery in the Art Building has been transformed into “a place where art production happens.”

Will Bruno, a Master’s of Fine Arts candidate, remarked that the AB Lobby Gallery in the Art Building has been transformed into “a place where art production happens.”

In this room, the tall yellow frame of a desk boasting bright-blue, painted-on drawers with orange nobs, sits amid a handful of paintings and drawings scattered about.

It is a replica of Bruno’s own desk at home. On top of it rests a tape player that projects songs, which Bruno wrote himself, into the gallery.

The works of art surrounding it contain images of a lunch, human figures and landscapes.

And for Bruno, this simple setup is only the beginning.

He will present his thesis exhibition, When I Woke We Were Several Thousand Miles North in both the AB Lobby and MK Gallery from Monday, April 2, through Wednesday, April 11. There will also be a reception this evening in the Art Building from 5 to 7 p.m.

Bruno chose this specific set of pieces, which were a year and a half in the making, specifically for this exhibition. He has put immense thought into them as well as the exhibition layout, the colors and the themes represented in each gallery.

His showcase is split between two galleries for a reason. Audiences are encouraged to view the AB Lobby, he explained, as a “psychological representation of his art production.” As the audience makes its way up the stairs into the MK Gallery, however, a more narrative kind of art begins to unfold.

In an interview with the Vanguard, Bruno offered a window into his artistic world and shared how he got to where he is today.

Vanguard: Can you tell me about your childhood and how certain events led you to where you are now?

VG: When did you first find an interest in art?

WB: I’ve had an interest in it all of my life; I just never really focused on it. As a child, I did a lot of drawings. Even when I was snowboarding, though, I would pay attention to the graphics on top of the board and how I could alter those graphics. It was a form of self-expression for me. I officially became involved in art doing undergraduate studies. I focused on figurative painting, portraiture and narrative painting. I’ve also had a writing practice since 2000. It was primarily journaling, but then I started using that and combining written pieces with illustration to create comics. I started self-publishing then, as well.

VG: Did you receive support from your loved ones in your artistic aspirations?

WB: Both of my older brothers are artists, so it runs in the family. I did receive encouragement from both my friends and family.

VG: Was there a defining moment in your life that helped you decide that art was for you?

WB: I’ve always wanted to be an artist since I was fairly young, but I got sidetracked by snowboarding for a while. When I came to college, it was fairly straightforward what I wanted to do.

VG: Who has helped you during your scholastic and artistic career?

WB: All of the current MFA students and faculty. They’ve fostered an environment where they are constructively critical of my work.

VG: What do you usually create pieces with?

WB: I draw on a lot of watercolor paper, mat-board that’s used for framing photographs and drawings. I draw on the board itself, however. The paintings in the show are on canvas that’s often stretched over a wood panel. I create these myself and paint with acrylic paints and oil paints.

VG: What do you want viewers to notice as they walk into the AB Lobby?

WB: I want my work to ignite the viewer’s imagination, and for that flame of imagination to continue after they leave…so that they’re doing more of the work creating the story than I am. These are the starting points for narratives found in the MK Gallery.

VG: What direction do you see your art going in?

WB: I would like to do more publications in terms of more narrative work and publications that looks closer to a comic book. I’ll continue doing painting exhibitions that will be accompanied by catalogs taking the form of comic books.

VG: What do you believe sets you apart from other artists?

WB: My interest in storytelling, in a more literal sense, like actually writing stories, sharing stories with the audience and an interest in narrative structures.

VG: What has been your greatest artistic achievement?

WB: This thesis exhibition, because the chances I’m taking and creating are psychologically loaded environments with a minimal amount of work.

VG: Do you have any advice for anyone aspiring to do great things with their artwork or in their life?

WB: Follow your intuition, because believing in yourself and to have confidence in your abilities is the most important thing. Just continue making work regardless of the circumstances. 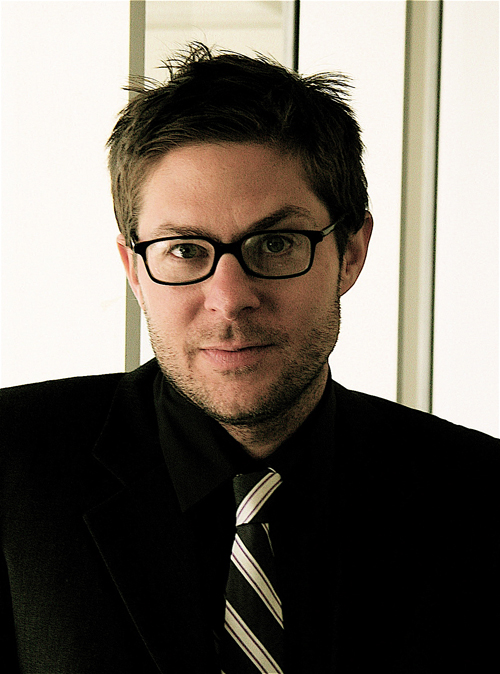 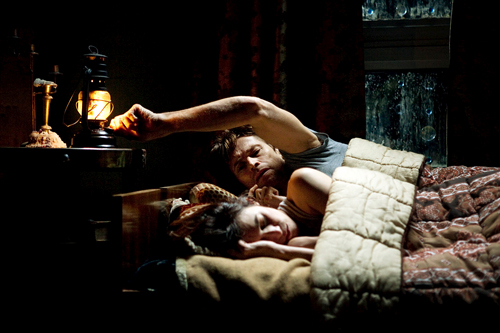 True to its origins 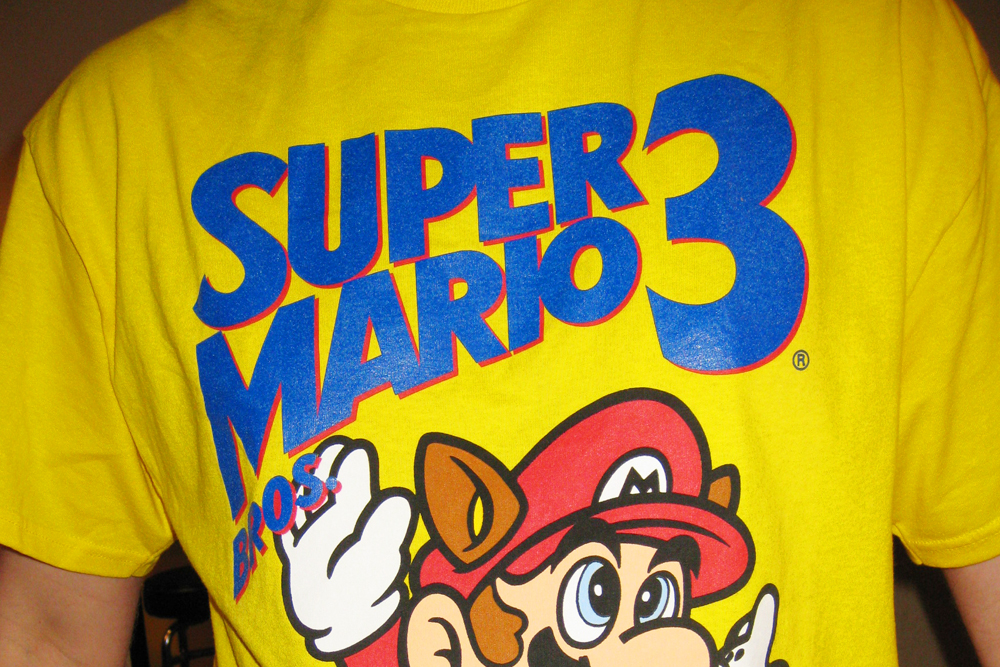