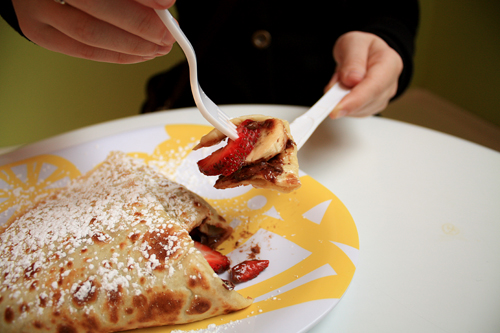 When things get stressful at school, my friends and I figure that taking a break and getting a sugary treat is just what we need.

Here are three places on and around campus where you can indulge your sweet tooth.

When things get stressful at school, my friends and I figure that taking a break and getting a sugary treat is just what we need.

Here are three places on and around campus where you can indulge your sweet tooth.

The new Ben & Jerry’s ice cream shop, located in the Urban Plaza, opened last summer. Sometimes after classes we would go there, sit outside and unwind while feasting on ice creamy goodness.

Charlyn Neal, assistant manager of the Ben & Jerry’s outlet, said the most popular flavor is the traditional Chocolate Chip Cookie Dough. The on-campus Ben & Jerry’s is staffed by participants of the New Avenues for Youth program, which works to empower homeless youth.

Pudding on the Rice, owned locally by Jessica and Aaron Grimmer, is a cheery, brightly colored shop nestled under the South Park Square apartments, a short walk down the South Park Blocks from Portland State (1503 SW Park Ave.).

As the name suggests, it features rice pudding in a wide variety of flavors such as Berry Manilow, Instant Karmal and the seasonal flavor, Smashing Pumpkin. Danielle Berg, a Pudding employee, said that she loves seeing how excited people get when they discover rice pudding and try it for the first time.

But what I love to order are the crêpes. Savory crêpes with a variety of meat, cheese and vegetables to choose from make a delicious lunch. The sweet crêpes with rice pudding, berries, caramel chocolate sauce, lemon curd and, of course, Nutella are a warm and filling dessert.

Another locally owned business is Lucky Spoon, also on the South Park Blocks on the corner of Park and Jefferson Streets (780 SW Jefferson St.). Kim and Tom Rolfs started the business about a year ago.

I’ve been to a few self-serve frozen yogurt places, but Lucky Spoon is definitely my favorite. With over 50 toppings and tons of interesting flavors, Lucky Spoon is always a unique experience. Right now they have the seasonal flavor of (you guessed it) Pumpkin.

The most popular flavors are the Cake Batter, Dulce de Leche and Peanut Butter, according to Courtney Klemm, a Lucky Spoon employee.

Personally, I can’t get enough of the Red Velvet. I cherish my Lucky Spoon memories of my friends and I making decadent masterpiece desserts and sharing laughter late at night. 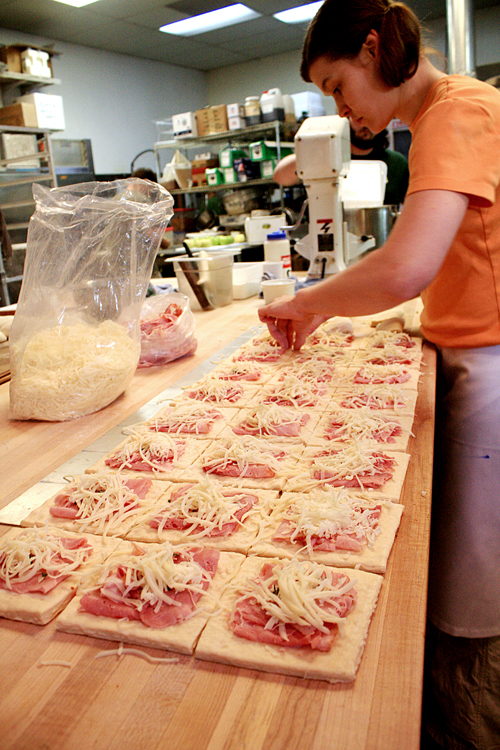 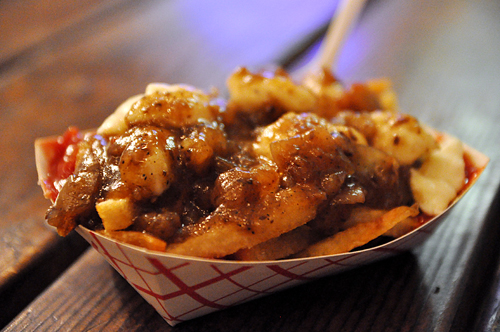