Ask any Portland State player or coach what the Vikings expect when they face Weber State Saturday, and you are likely to get the same reaction. “Whew,” followed by an exhausted headshake. The Wildcats stand alone atop the Big Sky Conference standings and are as complete a team as they come.

Ask any Portland State player or coach what the Vikings expect when they face Weber State Saturday, and you are likely to get the same reaction.

“Whew,” followed by an exhausted headshake.

The Wildcats stand alone atop the Big Sky Conference standings and are as complete a team as they come.

Behind a potent offense and stingy defense, Weber State has demolished its opponents this season, outscoring the opposition 242-104 in seven wins.

And the only blemishes the Wildcats have to their record are a pair of loses to Football Bowl Subdivision squads Utah and Hawaii, both of which have highly regarded programs.

Fresh off a 36-13 stomping of Idaho State last weekend, Schantz said the Vikings have the mindset that if everyone does their job and performs they will be fine. However, he said if Portland State slips up, Weber State will make them pay.

The Vikings are familiar with the Wildcats making them regret mental lapses. Portland State and Weber State grinded it out last year in a 73-68 tussle that registers as the highest-scoring regulation game in Division I history.

Much to the dismay of Portland State, the Wildcats had the final laugh in that historic matchup, even though quarterback Drew Hubel threw a record nine touchdown passes and the Vikings had over 500 yards of offense.

“Setting the record was cool,” Hubel said. “But it was frustrating to lose that game because all you think about is the four or five drives we got stopped. Those are the ones that stick around.”

Head coach Jerry Glanville said his team has all but forgotten last year’s game and is instead shifting his focus to Saturday.

“It’s not really a revenge game,” Glanville said. “None of that matters.”

In Glanville’s mind, the main aspect of Weber State’s attack is its overpowering offensive line, which has been a key component to the Wildcats being able to maintain the most balanced offense in the Big Sky.

While Glanville maintains that the offensive line is where it all begins, he acknowledges that sophomore quarterback Cameron Higgins also plays a huge role.

Higgins, who Schantz called “super-athletic,” burned Portland State for over 300 yards passing, four touchdowns and 106 yards and three scores on the ground.

A major reason for Higgins’ success was Weber State’s use of the option, which Glanville said they had not used before playing the Vikings last season and have run only sparingly this season.

Even though the Vikings have prepared for either of the Wildcats’ offensive attacks–the option and more of a pro-style approach–he said not knowing which scheme Weber State will employ Saturday is quite mindboggling.

“They didn’t feature it, and then in our game they made it the play,” Glanville said of the option. “So you never know.”

Outside of Higgins, Weber State has a slew of skill players to be aware of, including junior running back Treyvn Smith and wide receivers Tim Toone and Bryant Eteuati.

Smith is a versatile threat, averaging almost 100 yards rushing and 50 yards receiving per game, while Toone and Eteuati have a combined 1,279 yards receiving and 10 touchdowns this season.

Despite all Weber State’s skilled position stars, Portland State still averages four more yards of total offense a game, and Hubel thinks the Vikings can keep the production up versus the Wildcats.

“They are a great team this year,” Hubel said. “But we expect to have big games.”

Hubel said the Vikings expect a cover-two scheme where the Wildcats employ man-to-man coverage on underneath routes.

With this alignment, Hubel said there is less pressure because Weber State has so many defensive backs in the game, but is also confident of his receivers’ ability to shake defenders and create enough separation to squeeze the ball into holes. But regardless of what Weber State throws at the Vikings, Hubel said the plan is always the same: Just play within the run-and-shoot and everything will be fine.

Offensive coordinator Mouse Davis echoed that sentiment with his message to the offense at the end of practice Thursday morning. 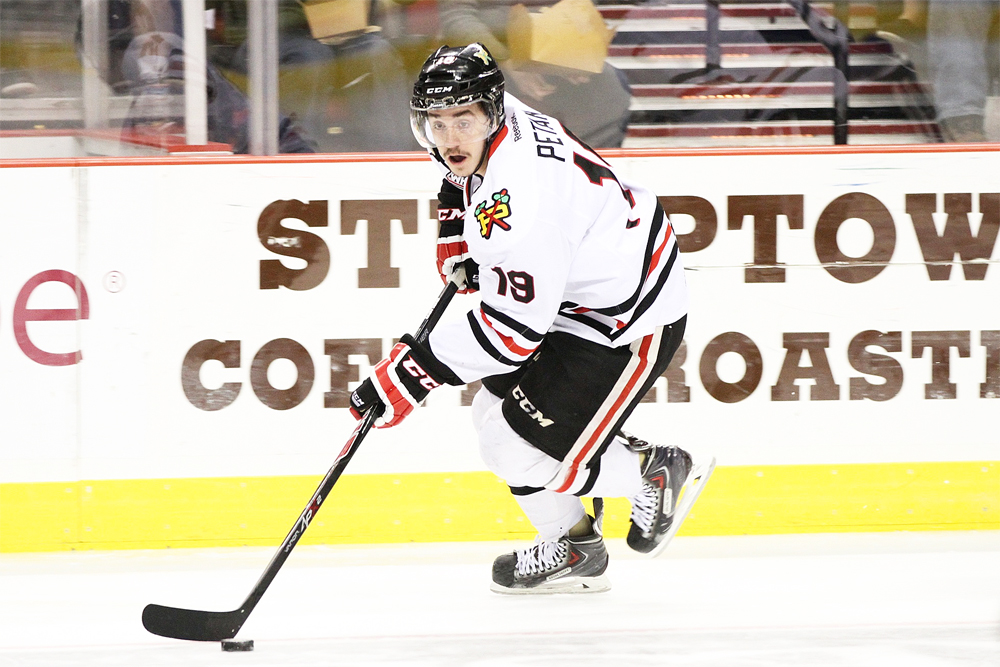