If you’re wondering why there are so many WWII first-person shooters, blame Steven Spielberg. Not content to let the war rest in peace after the phenomenal box office success of Saving Private Ryan, Spielberg went on to produce Dreamworks Interactive’s Medal of Honor for the PS one.

If you’re wondering why there are so many WWII first-person shooters, blame Steven Spielberg. Not content to let the war rest in peace after the phenomenal box office success of Saving Private Ryan, Spielberg went on to produce Dreamworks Interactive’s Medal of Honor for the PS one.

While the game may be woefully dated today, the subsequent success of the series caused countless developers and publishers to jump on the WWII bandwagon, releasing their own period franchises. One of those franchises was Call of Duty, which entrenched itself in the war’s various fronts across the European theater.

Now, Activision has released the newest installment in the series with Call of Duty: World at War. Although last year’s Call of Duty 4, set in the modern-day Middle East, might have set a new precedent for the historically grounded series, developer Treyarch took the series back to the Forties with the release of World at War. This could easily have been a bad thing, but thankfully isn’t because of the game’s approach.

Releasing a game like World of War in a market as oversaturated with WWII shooters as today’s is kind of a ballsy move. After taking a huge step forward with Call of Duty 4, going back to the “good war” could have been a disastrous step backward in terms of game innovation, but World at War is solid. More importantly though, it’s not a re-tread of the big historical battles seen in the Medal of Honor series, as well as other games.

Thankfully, rather than enacting the invasion of Omaha Beach for the umpteenth time, World at War takes a road less traveled, episodically chronicling highlights of two of the wars’ less-paid-attention-to campaigns, in the Pacific and Eastern fronts, respectively.

Stepping into the boots of two voiceless privates (American and Russian) you follow your C.O.s (voiced respectively by Kiefer Sutherland and a brilliantly disguised Gary Oldman) through the capture of a Japanese stronghold in the South Pacific in 1942 and witness the decline of the Nazi regime from the ruins of Stalingrad to Berlin in 1945.

Another thing Activision is pushing in World of War is its gritty presentation. Although the game doesn’t quite reach the dark levels of your run-of-the-mill survival horror game, it’s still nice to see what is arguably humanity’s darkest hour treated appropriately.

Rather than taking the high, patriotic road that many WWII shooters take, World at War depicts the war with noticeably more accuracy and brutality. P.O.W.s are tortured and killed at the hand of the Japanese, Russian soldiers murder weaponless Nazis attempting to surrender and there’s a pretty heavy emphasis on burning your foes alive with flamethrowers.

If Treyarch wanted to portray the war with even more graphic atrocity, they could have upped the amount of severed limbs, but for what it is, blood sprays and chunks of flesh still pop up when using some of the game’s heavy artillery or close-range weapons such as shotguns.

Gore levels aside, Treyarch did a good job with World at War‘s realism. The game supports a full arsenal of everything you’d expect, from the M1 Garand to the German’s “Panzerscheck” Rocket Propelled Grenades.

But unlike Resistance 2’s alternate-history 1950’s weaponry, World at War has the look, feel and heft of authenticity, which go along way toward making the game feel both realistic and immersive. Other little touches, such as being able to throw back enemy grenades and close-proximity explosions creating a high-pitched ringing as well as shell-shock-induced vertigo only add to the experience.

To break up the game’s typical missions, World at War also has some tank-controlled levels, and despite the mechanical limitations of your vehicle, the controls are pretty smooth.

These levels show a little more Hollywood gloss than the rest of the game–I mean, I seriously doubt any tank gunner could fire and reload four of five shells in about 10 seconds–but that’s part of the fun. Since your armored beast is also armed with a flamethrower, it’s clear that the intent of these levels is pure, unadulterated annihilation, which is as fun as it should be.

Although the game largely lacks the major set pieces that famous historical battles often provide, World of War dishes out some pretty intense firefights that really bring you into the game.

If there’s one thing that first-person shooters should provide, it’s adrenaline, and World at War does a pretty good job in that regard. Resistance 2 may have an epic scale, but the conflicts in Activision’s newest actually feel like a real war.

If there’s one thing the World at War lacks, it’s that parts of the game feel more exciting than others. Although this isn’t necessarily the game’s fault–the entrenched jungle battlements and caves of the Japanese occupation just don’t make for as exciting levels as the larger-scale and those on the larger scale and more interesting European front.

The flamethrowers are fun and it’s interesting to see the cruel tricks, such as playing dead, that the Japanese would play on American forces. But the real fireworks of the game take place elsewhere, making the game feel slightly unbalanced.

Still, the experience is tough, hard-bitten and, thanks to its realism, a pretty good time. While it remains still up in the air as to what direction the series will take for the inevitable Call of Duty 5, World at War remains a solid addition to the franchise’s WWII line-up. Now move out! 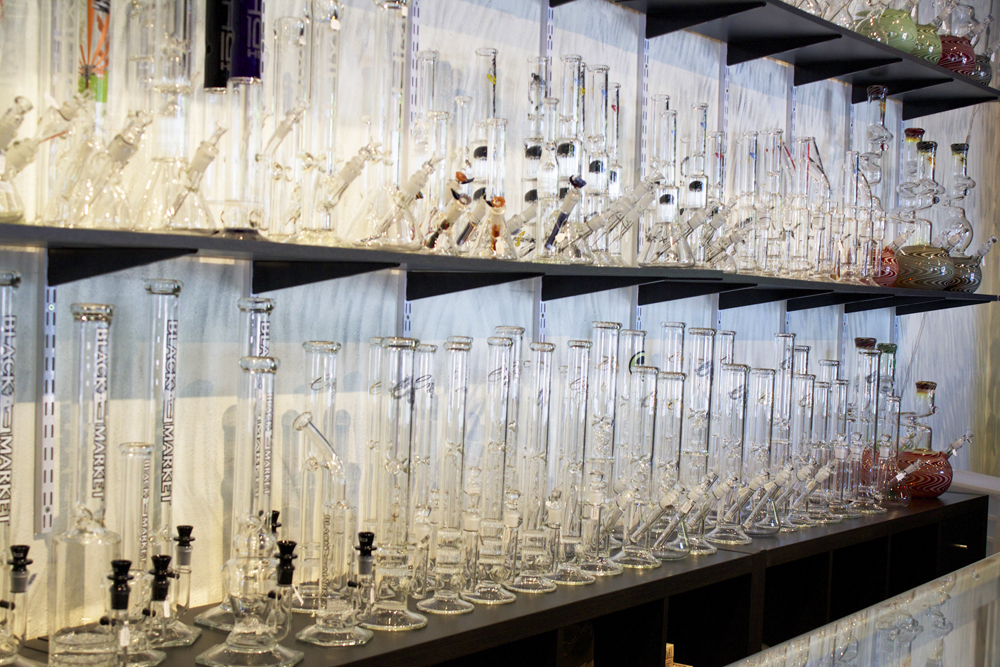 Shopping for tobacco products at the head shop