The Portland Thorns are ready to take the field for their first regular season game, as they hit the road for a matchup with FC Kansas City on Saturday.

The Portland Thorns are ready to take the field for their first regular season game, as they hit the road for a matchup with FC Kansas City on Saturday.

The team recently announced its roster for the opening day game, and it includes some of the most recognized names in women’s soccer. Up front, Portland will start forwards Alex Morgan and Christine Sinclair, who have both shone on their national teams. Sinclair is originally from Canada, though she does have some roots in Portland, having attended the University of Portland from 2001–05. Morgan, a star on the U.S. squad that took home gold at the London Olympics over the summer, grew up in California.

Aside from the two electric forwards, the Thorns have assembled an experienced roster going into their debut against the Blues. Goalkeeper Karina LeBlanc logged more than 100 games for the Canadian national team, while defender and Del Mar, Calif., native Rachel Buehler also has plenty of international experience.

A roster full of big names does not necessarily translate to wins, though. With a lineup full of athletes who are playing together for the first time, chemistry could be an issue at the start of the season. Portland only started training three weeks ago, and a lot of the players have been in and out because of national team obligations.

The only match experience the team’s had so far was an exhibition meeting with the University of Portland on March 30. The Thorns came away with a 2-1 victory but struggled to find their rhythm, falling behind early and needing two second-half goals, including a late strike by Allie Long in the 73rd minute, to get the win at Merlo Field.

Portland was without several key players in that game, which definitely played a role in their performance. Still, they’ll have to figure out how to mesh as a team as they enter the 2013 season against a field of established rosters.

The official attendance at Merlo Field was 4,892, but not all of the attendees were rooting for the Pilots. Plenty from the Thorns Alliance (a counterpart of the Timbers Army) came to cheer on their team, making their presence known after each goal.

The Thorns continue to gain momentum in the community as the season approaches. The club’s Twitter account now has more than 10,000 followers, with fans eager for Portland’s debut this weekend.

Individual game tickets for the Thorns’ first home game of the year—a matchup with the Seattle Reign FC on Sunday, April 21—are on sale now. 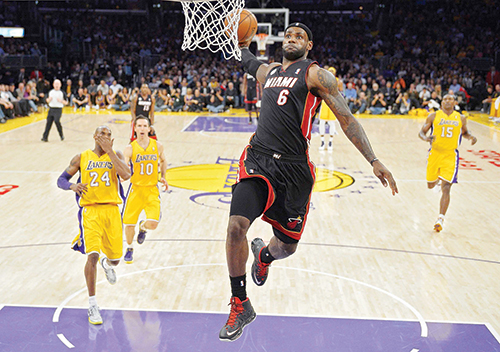 The official ‘So you wanna be a Jail Trail Blazer’ quiz