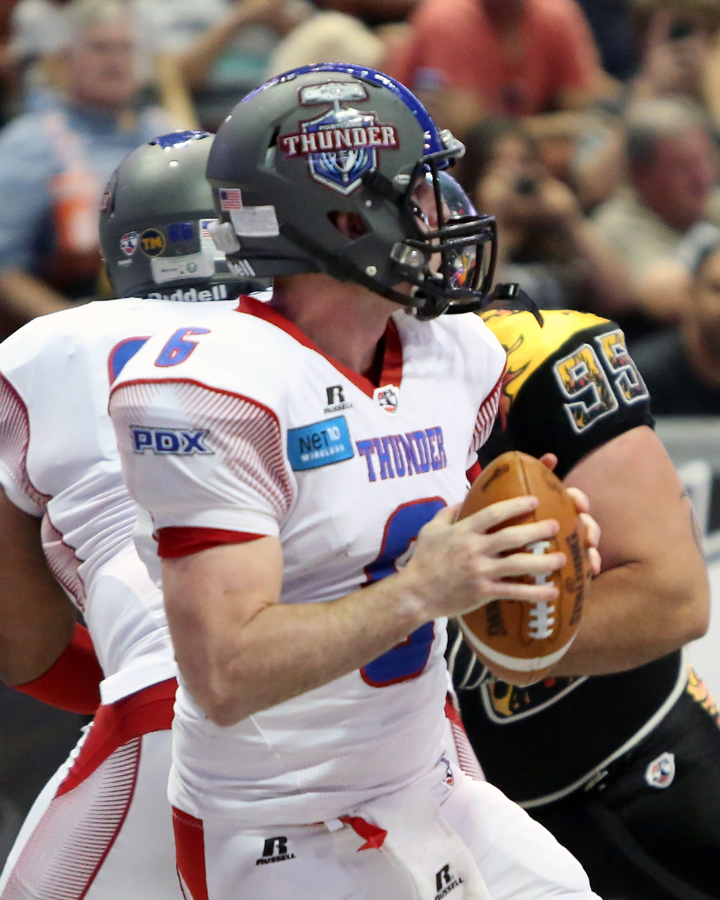 Coming off a tight loss to the undefeated Arizona Rattlers, the Portland Thunder traveled to Los Angeles looking to start a winning streak against the 3–9 Kiss.
Just seconds after the opening kickoff, the Kiss set the tempo when quarterback Aaron Garcia connected with Raymond Radway for a 34-yard pass, leaving them 10 yards shy of the end zone and an early lead. A 5-yard pass a few plays later put LA on the scoreboard. A fumbled snap recovery by Matt Estrada was taken in for 6, which put LA up 14–0 early in the opening quarter.
The Thunder came charging back near the end of the first half with three scores of their own, leaving them with just a 2-point deficit after a 3-yard touchdown run from Darron Thomas.
In the second quarter, LA lost its defensive leader Romeo Pellum with an ankle injury, and he was never able to return. To end the half, Garcia connected on a 36-yard pass to the hands of wide receiver Samora Goodson, closing the half with a score of 42–33 in favor of LA.
The Thunder were able to make a valiant last drive to set up wide receiver Eric Rogers with an 8-yard score, followed by a 2-point conversion, but Portland still left the Honda Center with a 69–61 loss.
Coming off of the crucial loss, back-up quarterback Darron Thomas discussed his thoughts and feelings about the team’s performance by saying, “It was alright, we didn’t come out with the victory so the teams heads are kind of down, but we fought and that’s what we wanted to come out and do.”
With five games left in the season, the Portland Thunder will begin its race against the LA Kiss for the fourth and final playoff spot in the National Conference. With the Thunder sitting at 3–10, they are only half a game behind the Kiss for a playoff berth in their inaugural season.
Despite the recent loss to LA, Thomas feels very confident about their upcoming home game against the New Orleans Voodoo on June 26. “We’re going to [do work] on them,” Thomas said.
Of the final five-game stretch for the Thunder, three of them will be played in Portland. They will face two teams significantly under .500, as well as the 6–7 Spokane Shock to wrap up
the season.
As for LA, three of their next six games will be played on the road and they will not be favored in the first four. With the schedule laid out as it is, Portland fans are keeping their fingers crossed in hope that the Thunder can pick up an unexpected win while LA goes on a long losing streak.
Hopefully, mounting losses will shake up the Kiss enough to possibly get them to cough one up against either the San Antonio Talons or the Jacksonville Sharks. The Sharks will be the final opponent the Kiss face, and could quite possibly be the deciding factor in whether or not the Portland Thunder make the playoffs in their first season in Portland. 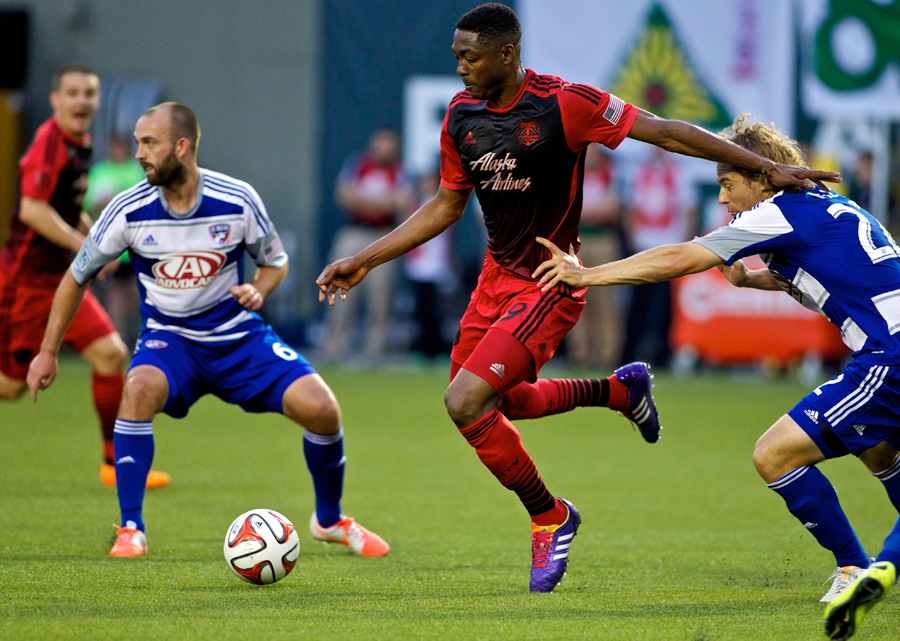