Re-reading my column from this Tuesday, in which I discussed evil dentists, giant cavities and how badly it sucks to be sick and poor, I was struck by one glaring omission: I offered no possible solution.

Well, friends, it wasn’t by sitting around tossing off prayers for panacea and bitching about the neo-cons (don’t you hate those fuckers?) that I earned the moniker “the Sensible Insurgent.” No. It was the result of unstinting, fearless honesty, stunning verbal prowess and razor-sharp journalistic acumen.

OK, I chose the name myself, but I have nevertheless come up with the solution of how the hell we as a nation can possibly afford, if not to feed, clothe, and house the poor, to at least to get them some aspirin (though my plan does not address how they will be able to call me in the morning).

Living, as we do, in a truly cash-strapped nation, one which could certainly never afford something as luxuriously decadent as insurance coverage for its citizens or competent leadership, effective schools, secure ports or any of that extraneous communist bullshit, I’ve come up with an idea that I think will provide us with all the spare dollars we could ever need, which we can then spend on the lazy, unmotivated poor.

According to the American Society of Plastic Surgeons, people in the U.S. had 9.2 million surgical cosmetic procedures in 2004. Only a minimal percentage of these were for life-threatening situations, such as dealing with severe disfigurement from physical trauma, burns and the like. Of course, that type of cosmetic surgery would be exempt from the titty tax. The other 7.3 million surgeries per year (264,000 of which are for breast augmentation), however, are completely voluntary in nature and, like cigarettes and trust funds, should be aggressively taxed.

I say put a 50 percent surcharge on voluntary cosmetic surgery, with the receipts to be allocated to a general insurance fund. Whether it’s little Emma getting her nose done for senior pictures, dad getting an eye-job or mommy doing away with her pendulous dew-lap, these people clearly have way too much money laying around for their own good, money that could save lives.

Implementation of this tax could generate millions per year, money that could be much better spent on essential medical care for those who cannot afford it. I know, I know, these lazy bums should take the advice of the bitchy receptionist in my last column: tighten up their belts and open savings accounts. But, just to be the devil’s advocate, let’s think of cases like leukemia, need of organ transplant, heart surgery or just getting a bad back worked on. These are not situations that “a penny saved, a penny earned” can address unless you really think that one can save, say, $300,000 for kidney surgery in six weeks on the job at Costco, or, for that matter, carry Thurston Howell’s groceries out to the Escalade with two slipped discs.

Why are we so fucking backwards about this? Rugged individualism is all well and good if you’re a rancher, or Rush Limbaugh having to wait a few hours to get his next prescription of OxyContin, but if you’re a poor, single parent, an injured worker, an elderly person with a heart disorder or a veteran who’s lost limbs fighting a meaningless war meant to line Dick Cheney’s pockets, rugged individualism can go screw. Sometimes you just can’t do it alone, and it’s not a function of laziness or a lust for handouts. It’s being human. Why can’t we help? Why shouldn’t we?

Maybe we really couldn’t afford it, and I’m a stupid college liberal (as many respondents to my columns have avowed), but maybe we can’t afford not to. Maybe the cost won’t come out of our wallets, but out of our collective soul as a nation. It takes but little steps, done on a wide scale, to make life so much better. Isn’t that what we want, for our children, our friends, our families? Our country? Wouldn’t you feel differently if your grandmother had just drowned in her attic, or your mother’s home was flooded by a third hurricane (as mine’s was)? Wouldn’t you feel compelled to do whatever you could?

Or are we still so blind as to think the wealth is going to trickle down from corporate ownership. The Libertarians say we have those generous, corporate folks to thank for our wonderful jobs. Thanks, Wal-Mart!

Helping the poor will hamstring our progress as a nation, that the “welfare state” only breeds more poverty? I call bullshit, and that kind of bullshit needs to be kept in its properly vicious, infantile place like the College Republicans’ display in Smith, and far from a decent, sensible society. However, if you disagree, I hear Gordon Smith needs a ball washer, and the Army’s currently offering benefits to die for!

Wake up, friends. Any one of you could be the next one who needs help. 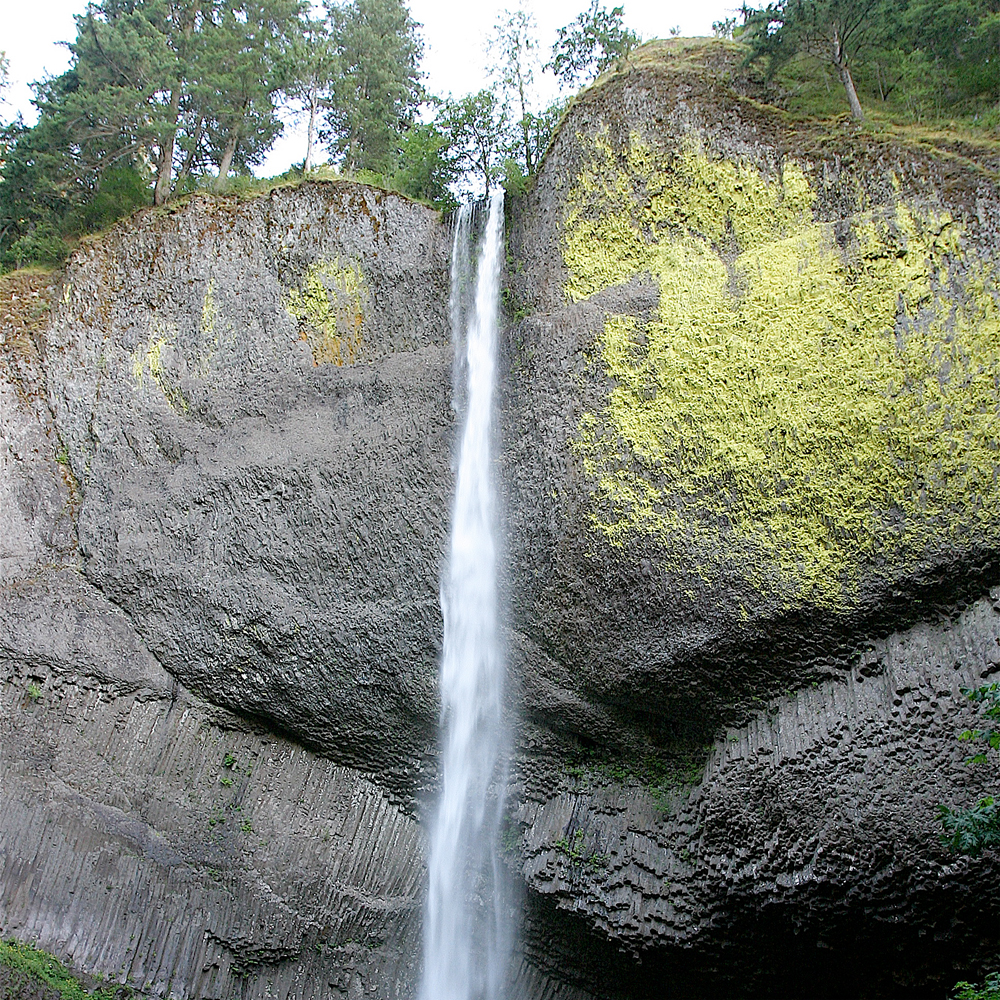 Waterfalls that are not Multnomah