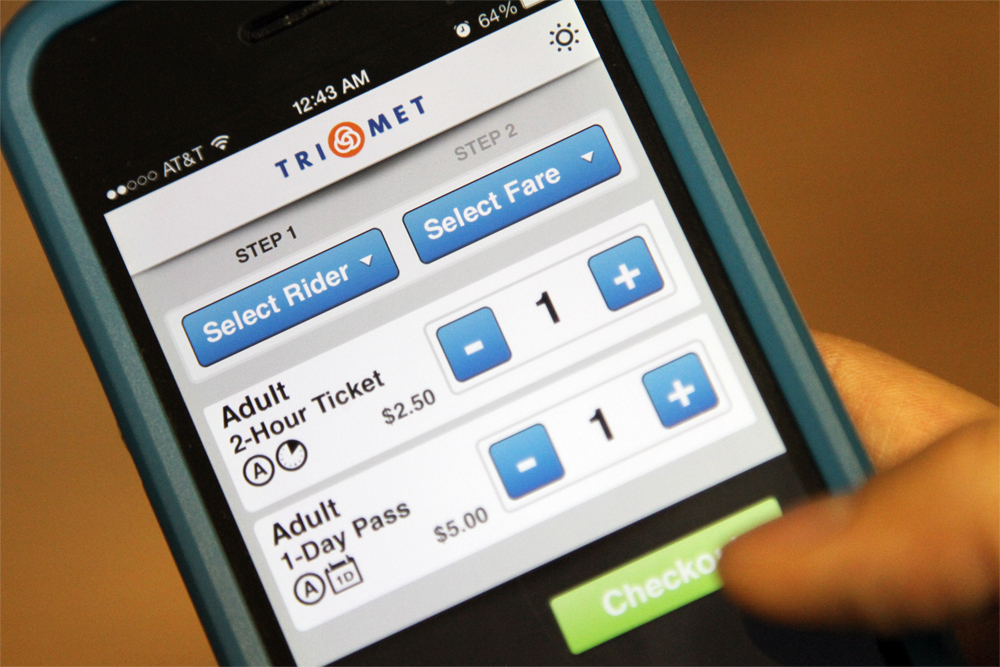 Since the construction of the first MAX light rail in 1986, Portland commuters have been looking for the quickest most efficient way to navigate through TriMet’s complex public transportation system. In recent years, TriMet and other software developers have utilized online and mobile devices to help the navigation and payment of trips run much smoother. After extensive review, the Vanguard has compiled a top list of desktop and mobile applications to plan trips, receive real time stop information, and even pay for fares!

Trip Planners:
Even for the most seasoned TriMet rider, having to stray away from their normal bus or MAX line can result in utter confusion and misdirection. Thankfully, there are a handful of great ways to plan a trip ahead of time or on the go!

1. “Transit App” for Android and iPhone
Transit App is a highly rated and well-designed mobile public transportation application for both iPhone, and Android smart phones. With 43 major cities in the US currently covered by this application (TriMet included) it makes for a worthwhile download for anyone who is expecting to vary their normal routes. Reviews left by users in the App Store and the Android Market love its simple interface, and also love that it’s absolutely free.

2. TriMet.org’s “Trip Planner” for Desktop
Although this resource may not be a smart phone application and its website hard to use, it’s absolutely the way to go for accurate routes. It’s a solid choice for those who are planning a trip ahead of time.

3. “Google Maps” for Desktop, Android, and iPhone
Although TriMet.org’s trip planner is highly accurate, the website is clunky and often hard to use. Aside from a more intuitive interface, Google Maps also includes other cities public transportation, and is incredibly accurate in its real-time tracking (as they get the information straight from TriMet). What makes Google Maps the real winner of this section, however, has to be their highly supported mobile application where they are considered top developers in both the Android and Apple marketplace. The overall use of the application extends past public transportation, and it’s street view function allows users to check what their destination looks like before arrival, so they know what to be looking for. Sadly, there doesn’t seem to be any official support for Window’s Phones, as Microsoft is trying to push Bing’s and Nokia’s maps on their users.

Real Time Stop Information
As TriMet has been able to remodel and build new stops, the integration of TVs that display real time route information has been a highly used feature for daily riders. For those older, or less frequented stops however, that luxury seems far off. Thankfully there are a few methods to receive accurate information about routes and times through your mobile phone.

1. “Portland Transit” for Android
For Android users, this is absolutely the best application for real time stop information, and searching for nearby stops. It’s highly supported by the developer, and seems to be the closest to TriMet.org’s accuracy. The reason why this application is only number three on our list, however, has to do with the fact that it only exists for Android phones, and that the paid version costs almost five dollars (a relatively high price for mobile application).

2. “Transit App” for iPhone and Android
Aside from trip planning, this application also displays the real-time information for most TriMet routes, and is free for both Android and iPhone users. Reviewers from both platforms claim the information to be mostly accurate, and the application easy to use.

3. TriMet’s “Transit Tracker”
For the easiest and most accurate real time information on MAX and bus stops, TriMet’s Transit Tracker program is the way to go. There are three ways to receive real time information. For those who have the patience, riders have the ability to call TriMet’s automated phone system at (503) 238 – RIDE (7433) to find out stop information. For those with a smart phone, users can also visit the TriMet’s mobile website and access their online tracking program. However, by far the easiest and overall most useful way to access real-time stop information is via text. By texting a stop ID number to 27299, a rider will receive a text message within seconds about all of the details of that stop. What’s great about the texting option is that it doesn’t burn through a data package like other online based applications do. This is a great tool also for those without a data connection on their phone.

Paying for Fares On The Go?
Up until very recently, riders had the option to purchase various transit passes on buses, at MAX stops, or at certain grocery stores. To add to that list, TriMet has launched a new mobile application for Andriod and iPhone users where riders can pay for their fare, and store their ticket, all through their smart phone. Although the idea is great, some initial reactions from reviewers say that it drains battery life unnecessarily, and that passes that last longer than a few days can sometimes disappear. The app currently takes a long time to load on older phones, and can be a hassle if a TriMet officer is standing waiting. Although most of the TriMet staff has been fairly flexible about the new product and are willing to be patient.

Anyone who is a frequent TriMet passenger should keep an eye on this program. Once the bugs have been worked out, it will be a worthwhile application to invest in for those who like to keep everything consolidated and organized through their phones. 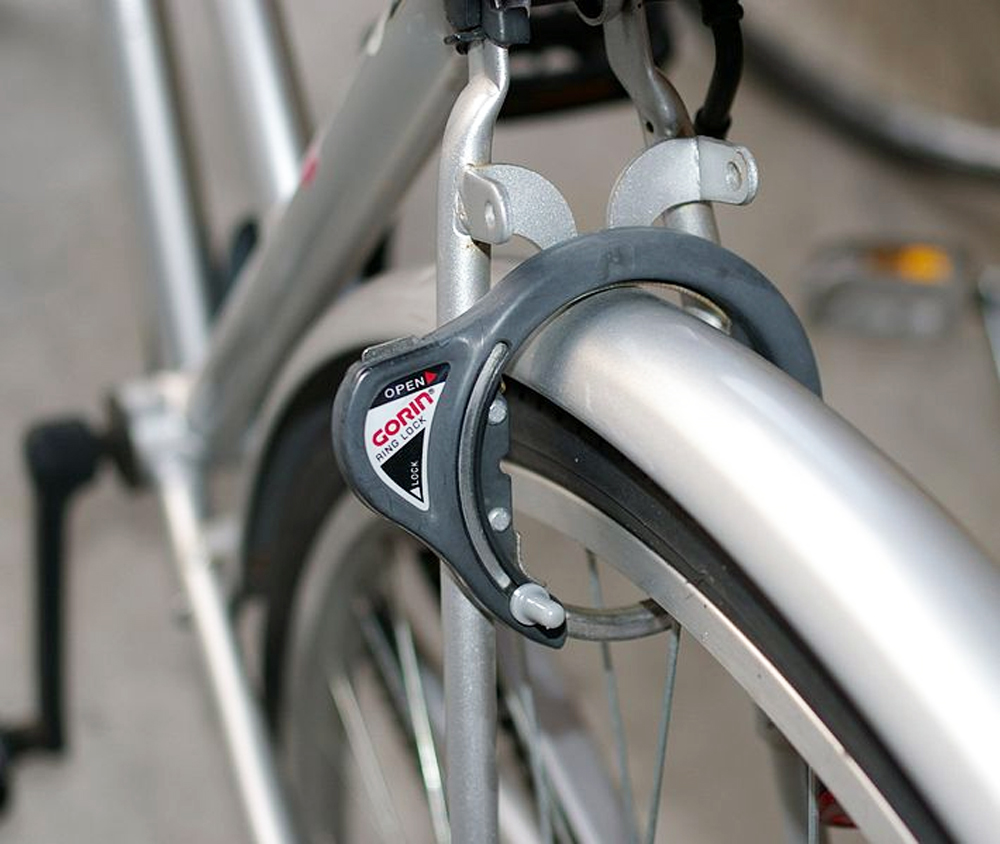 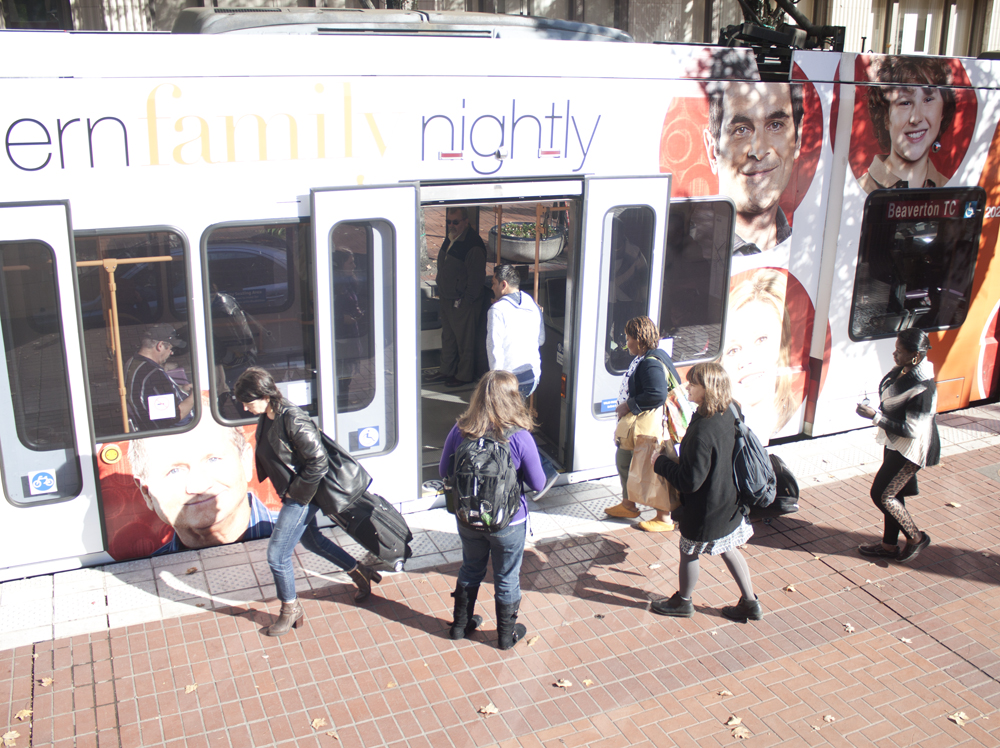