As Dr. Deborah Duffield called 10 students from her marine mammal class to look at the organs of the sea lion they dissected atop the roof of Science Building 2, half jumped at the chance, while the others were already too busy examining the head.

The sea lion came to Duffield and her class after it died in the Columbia River, near the Bonneville Dam.

The cause of death of the Stellar sea lion, an endangered species, is unknown. Duffield and her class hope to find out the cause of death by dissection. They think the sea lion was shot, she said, but they could not find a bullet upon the first dissection.

They plan to see if they can find a bullet after they further examine the organs in a laboratory.

If the sea lion was shot, the shooting was a federal offense because of the animal’s endangered species status.

There have been many sea lion deaths recently, according to Amanda Kelley, a biology student in Duffield’s class. Kelley said this year is predicted to have the lowest number of fish available for fishermen to catch or for sea lion’s to eat, fish being a main source of their food.

Duffield said that sea lions have learned to come up river from the ocean to feed at the dam, where large amounts of fish remain.

“Some fishermen have noticed the sea lions are more aggressive,” Duffield said about their feeding habits.

Kelley said that, because of this, a great deal of tension lies between animal preservationists and the fishermen.

“[The sea lions] will go straight up and take the fish off the line,” Kelley said. “There’s just not a lot of fish out there.”

Authorization for Portland State to dissect the 800-pound animal came from the National Marine Fisheries Service, which discovered the animal. Duffield and students from her class, including Kelley, drove to the location a few miles south of the Bonneville Dam to pick up the sea lion.

Kristen Walker, a PSU graduate student in the biology department, is working on a grant with Duffield’s class. She said they dissected another sea lion earlier in the year with six bullet holes in it.

Walker said the sea lion rolled through the river for a few weeks before anyone found it. Because of that, most of its hair had fallen off and it decomposed drastically, she said.

This decomposition accounts for the difficulty of finding any kind of bullet hole on the outside of the mammal, though Duffield and her class believe a bullet may have entered just below the sea lion’s head.

Kelley said the students brought a boat trailer with them to bring the animal back. After making the 40-plus mile trip back from Bonneville to Portland, they used a forklift to get the nine-foot-long sea lion off the trailer and onto a cart.

They then brought it via elevator to the roof of Science Building 2, where it met an array of knives. The students used a flensing knife, a blade so large it was attached to a pole close to six feet long and must be sharpened with a stone grinder, to remove all of the muscle, fat and organs from the bones.

Duffield said they will boil all of the organs and bones, then dissect the organs to look for the bullet. If it is found, they will give it to the Fisheries Service for further examination.

Duffield said the ability to study these bones is one of the key reasons the biology department was so excited about this project, along with their ability to help the Fisheries Service in researching the animal’s death.

Duffield said that the animal is so decomposed that the organs may not even matter, and she called for students to grab whichever organ they wanted to personally examine.

“Normally we take a little more time,” Walker said, but the decomposition in this sea lion took too much of a toll on many of the organs.

The class would still pack both the organs and bones away in large bins, to be examined later, Duffield said. She said that any unused flesh is to be frozen and taken to a waste disposal site later, since none of it is toxic.

Walker said that the smell of this sea lion and other marine animals they examined was different, primarily because it sat in the river for so long before it was discovered.

The students sliced away at the flesh, trying to salvage all the bones they could. Walker said the sharp blades of the knives, many resembling standard kitchen butcher knives, posed no risk to the bones.

“The bones are tough,” she said. “Your knife might chip them, but it definitely won’t cut through.”

Kelley said that the marine mammals class already dissected five animals in the first two weeks of the term. She said that parts of the animal appear different every time.

“Things are physiologically similar,” she said, “but a lot of times you won’t recognize it.”

Duffield said the class will clean the stained roof of Science Building 2 with bleach and a type of soap good at removing grease. She said while it is not typical to perform this kind of dissection at the school, it is a great learning opportunity for the students.

“Normally we do it on the beach,” Duffield said, “but since it wasn’t on the beach when it was found, we had this opportunity.” 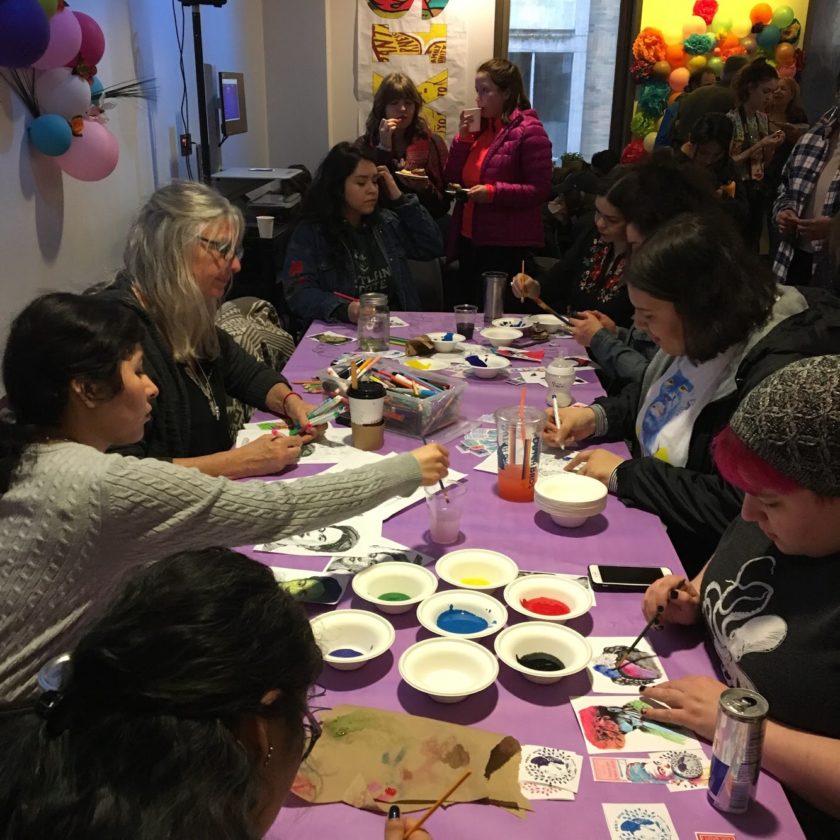