In the midst of playing perhaps their best stretch of basketball this season, Portland State has been stuck in the one place they did not necessarily need to be this week: the practice gym.

In the midst of playing perhaps their best stretch of basketball this season, Portland State has been stuck in the one place they did not necessarily need to be this week: the practice gym.

After dominating Northern Colorado in last week’s Thursday evening contest, the Vikings are in the middle of a nine-day layoff thanks to the Big Sky Conference schedule makers. Portland State will finally take the court on Saturday, squaring off against Eastern Washington.

While most college basketball teams typically play every three to five days, the addition of Northern Colorado to the Big Sky Conference last season created an odd number of teams (nine) in the conference, creating scheduling oddities within conference play that cause teams to take extended breaks in the middle of conference play.

Earlier this season the Portland State men’s squad tolerated an 11-day layoff that also seemed to come during some of their best play of the season. Following an 85-83 overtime victory on Jan. 19, the Vikings did not take the court until Jan. 31.

The lengthy break could have disturbed the momentum generated by the overtime victory, but the men’s team continued their strong play when they returned to the hardwood, reeling off seven consecutive victories.

“It’s certainly beneficial for your team to be able to get into a rhythm that they feel comfortable in,” said athletic director Torre Chisholm. “A normal schedule allows that rhythm, but unfortunately that’s just the way [the schedule] works out.”

Whereas the Viking men were able to use the layoff to recover from injuries, the women’s team has seemingly played all season injury-free. Head coach Sherri Murrell would have liked the team to continue building momentum heading into the post-season.

“Momentum is such an underrated aspect of athletics, and sometimes long breaks in between games can negatively affect that momentum,” Murrell said.

Murrell’s staff has attempted to keep their time in the practice gym intense, in an attempt to prevent the letdown the team suffered following a seven-day layoff earlier this season.

“We have done better this time at keeping things crisp and having better effort [during this break],” said Murrell.

The layoff has also helped bring the conference standings for the Vikings. Currently tied for second place, the Vikings need three victories in their remaining conference games to have a shot at hosting the Big Sky Tournament at the end of the regular season. Each victory will increase Portland State’s seed in the conference tournament, and a top-two finish will ensure the Vikings of a first-round bye in the tournament.

Despite the lengthy layoff, the Vikings could earn their 20th victory on Saturday, their first 20-victory season since joining the Division I ranks in 1995-96. A victory over the Eagles would also even Portland State’s road record at 7-7 before they return home to take on Montana State and conference-leading Montana. 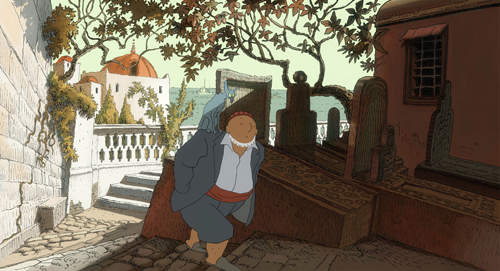