Measure 33: No
We love the ganja and respect its medical use, and if thismeasure further deregulated the distribution of marijuana we’d beall for it. But the reality is that Measure 33 creates a huge newlevel of bureaucracy by mandating the creation of dispensariesstatewide. This is just poor legislation and, no, our love for thedank devil weed hasn’t clouded our insight.

Measure 34: Yes
This measure would advance projects to restore native old growthforest projects in only half of the Tillamook and Clatsop StateForests. The measure has severe flaws, but is still better than thecurrent forest management plan. According to the Oregon Departmentof Forestry, under the current plan, roughly 417,000 acres out of apossible 503,000 acres (85 percent) will be logged or clear-cutwithin the next 30 years. Also, there are no permanent reserves toprotect watersheds or fish and wildlife under the currentmanagement plan.

Measure 35: No
This measure would limit the amount of non-economic damages aphysician could be held liable for to $500,000. All sides agreethat ballooning malpractice insurance rates have hurt rural andsmaller doctors’ ability to stay afloat. Insurance companies wouldlike you to believe that high profile, high cost “pain andsuffering” awards are forcing them to raise the premiums fordoctors, but they haven’t done much to refute the more probabletheory that they’re just using the big awards as an excuse to jackup their profits. Until they prove otherwise, and until theyguarantee lower rates if we cap awards, it would be a mistake togive them a free pass.

Measure 36: Hell no
At this point in the election, anyone who has not made up theirmind about how they’re going to vote on this one probably isn’tgoing to vote. But just in case you are still undecided: Vote no onthis proposal to inundate a religious belief upon a minoritysegment of the population, statewide and at PSU. Government has noplace adopting theological rhetoric. This one is a bigconstitutional no-no.

Measure 37: No
This measure would, by most accounts, prevent Oregon from enforcingits signature land use policies. Granted, there is an upside and adownside to Oregon land use policy. The downside is that sometimesthe decisions government officials make about land use cannegatively impact landowners. The upside is that it is an effectiveway to improve the overall livability of the state by focusingdevelopment and preventing Beaverton-like concrete loops.

The benefits of government’s ability to decide how land is usedcan be seen all around PSU students every day. The PortlandDevelopment Commission has worked with PSU for years to redevelopthe University District into a lively and growing community throughzoning and land use enforcement.

Measure 38: No
This measure would abolish the State Accident Insurance Fund(SAIF). Great idea: get rid of a corrupt public institution andreplace it with a corrupt, private one. Despite the litany ofproblems with SAIF, there is no guarantee that replacing it willresult in lowered insurance rates, and there’s a good chance thatrates will actually go up. Equally importantly, privatization meanswe’ll lose any chance to rein in the wayward overseers. We’d rathertake our chances with reforming SAIF. 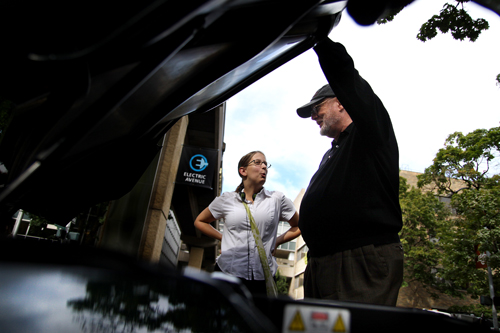 Horoscopes for the week of April 26