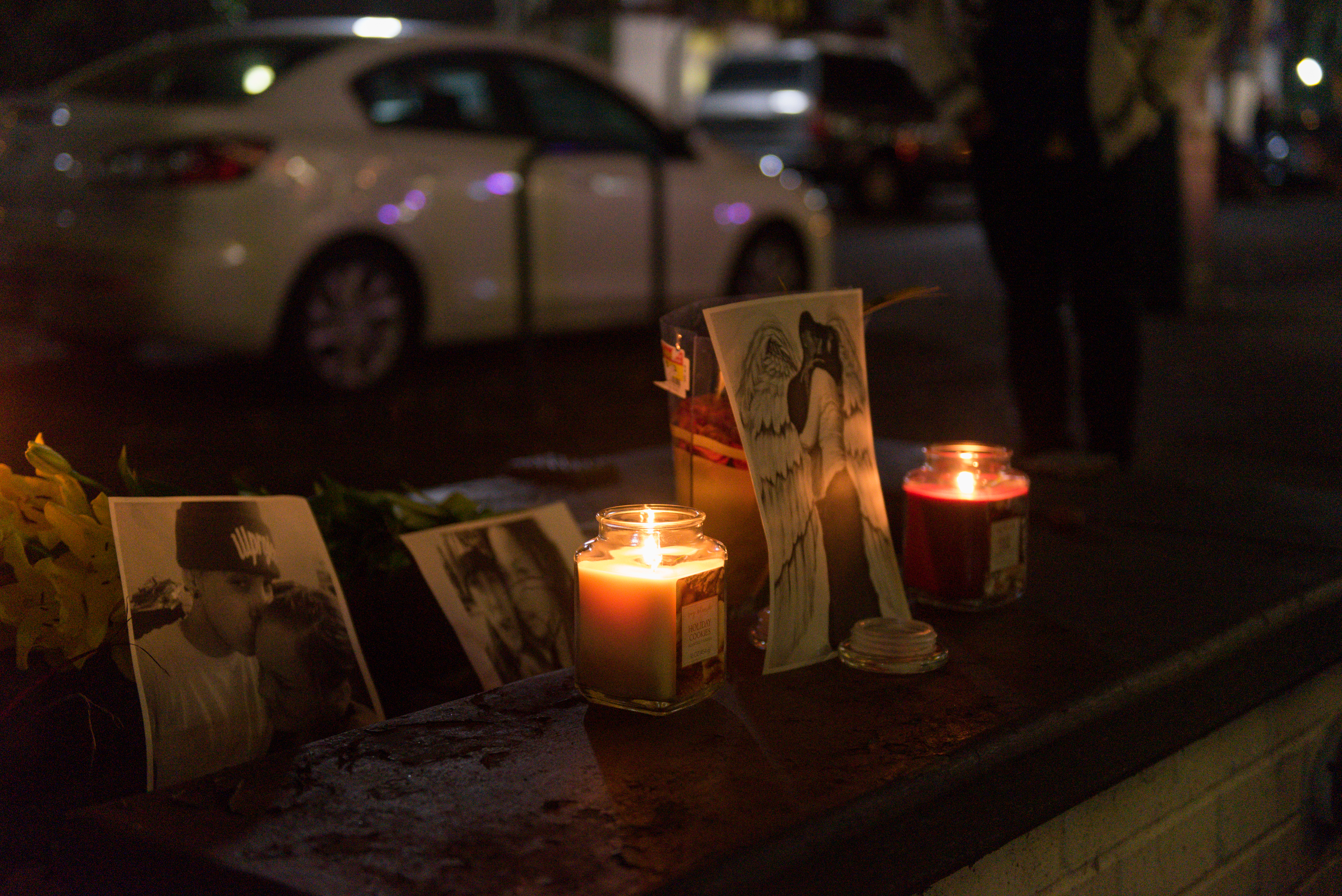 A small group gathered on the evening of Nov. 7 outside the Vue Apartment complex for a vigil commemorating the one-year anniversary of the death of Diego Tejada-Manzo, a father who was murdered steps away from Portland State’s campus days after his 21st birthday.

“It’s hard,” said Melissa Renner-Metcalf, who attended the vigil and identified herself as Diego’s second mom. “There are little reminders every day. We’re still waiting for justice before we can even start to heal.”

Tejada-Manzo was brutally beaten by a group of three men before being fatally shot in the chest, according to testimony by Portland Police Homicide Detective Rico Beniga during a bail hearing earlier this year.

Nicholas Hannan, who was 19 at the time of the alleged murder, is charged with Tejada-Manzo’s death. Hannan’s brother, David Brown, is charged with assault in connection to the murder. The trial for both men is scheduled for January 2019.

Hannan said in a recorded police interview that he was upset over a prior fistfight with Tejada-Manzo in Sherwood and had gone into Portland looking for him the night of the murder.

Crystal Romero, a junior at PSU, previously lived in Montgomery Residence Hall and was a witness to Tejada-Manzo’s murder. Romero said she became close with his family after attending a vigil last year.

“Diego’s family remind me of my own family in a lot of ways,” Romero said. “I think that’s part of why we’re still connected. I didn’t even know this person, but seeing what I saw, how can you not want to know more about them?”

A year later, Romero said she still feels frustrated with the response from PSU administration following the shooting.

Before any suspects were arrested or Tejada-Manzo was identified, PSU’s Campus Public Safety Office sent out an email announcement stating, “There is no ongoing threat or involvement to the campus community and the victim in this incident is not affiliated with [PSU].”

Romero said she has a typed statement she is preparing to read during upcoming listening forums conducted by Margolis Healy, a consulting firm undertaking a comprehensive review of PSU’s campus public safety policy following the shooting of Jason Washington by campus police officers.

“The statement basically says [PSU] can’t ignore it this time,” Romero continued. “CPSO were the first people on the scene when Diego was shot. You can’t tell me PSU has nothing to do with this. It happened a stone’s throw from my dorm.”

Renner-Metcalf and Romero both said they usually avoid the corner at the one-way road on SW Park Ave. and Montgomery.

“Sometimes I’ll come down here after a hard day at work, or on days like this when I really miss him,” Renner-Metcalf said.

Jose Perez also attended the vigil and lived in Montgomery Residence Hall a year ago. “I just wonder,” Perez said, “Would it have made a difference if Diego was white, or something else? Would people have paid more attention to it?”

Romero said Tejada-Manzo’s mother received a plant for Mother’s Day this year, and when the two of them reached out to the university about planting it near the site of Tejada-Manzo’s death as a memorial, they were denied.

“Nature has so many healing symbols and to me, fall is one of those symbols,” Romero explained. “You shed your leaves, it’s cold, the trees are naked and ugly and everything is gray and depressing, but then spring comes and you’ve got flowers. 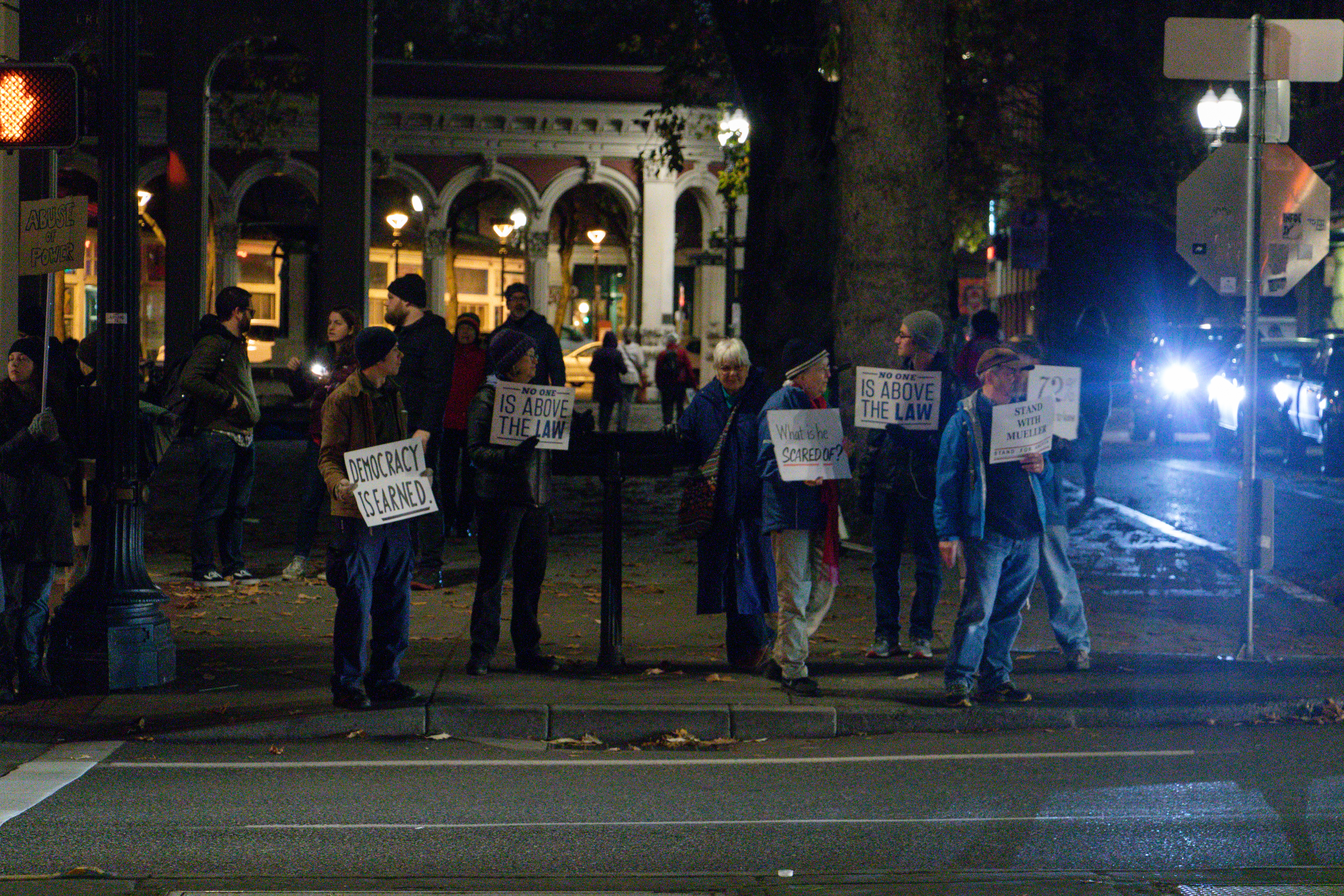