I have a confession to make. After watching Portland State’s Saturday night volleyball match-up against Northern Arizona, you can count me in as a fan of volleyball. It sounds weird, doesn’t it? A dyed in the wool Red Sox fan who rarely strays from the Big Three sports of baseball, basketball and football watching a sport that keeps track of foreign concepts such as “kills” and “digs.”

How did this happen to me? It’s simple. I was curious. When I got to the game someone from the girls basketball team (more on them later) had to explain the rules to me. Matches are played in a “best of five” format. First team to win three games wins the match. Each game is played to 30 points.

There is no such thing as a slow down offense. No running out the clock. You lose when the other team gets 30 points, period. Any mistake gives the opponent a point and possession of the serve. The sports cliche “no regard for human life” has a clear place in this game, as players hurl themselves to prevent the ball from hitting the ground.

Clearly this is not the game you labored to play in your high school fifth period gym class. These girls are tall, athletic, and yes, they wear skintight spandex uniforms. But the real reason to watch the Viks is that they’re good. Good enough to beat powerhouse Sacramento State Friday night. Good enough to recover from that emotional high and take care of business the next day.

But no one wants to watch curling, even if it’s played at the championship level. That’s where volleyball has a big time edge. The sport is fast-paced and entertaining, in the biggest sense of those words. Players catch huge air as teammates set them up for sick spikes that freeze opponents (or hit them in the face).

Volleyball games are about as well attended as women’s basketball games and benefit from having a loud and vocal cheering section comprised of – the women’s basketball team and some members of the men’s team as well. Sitting in the middle of the bleacher section, they screech good-natured (most of the time, at least) insults at anyone unfortunate enough to be wearing anything but the home black and white.

Aside from the cheers, the most entertaining part of this team is that they win. It’s one thing to have some talented players and not see results, much like the football team that just took a drubbing at the hands of Eastern Washington Saturday. Success is measured by having a fat win column, and that’s something that these girls have filled up admirably.

After taking the preseason by storm with a 10-3 record, the Viks stumbled out of the Big Sky gate a week and a half ago with two road losses to Idaho State and Weber State. But two wins last weekend have re-established the Vikings as a title contender. Their 12-5 record overall is the best in the Big Sky, though their 2-2 Big Sky mark puts them in the bottom half of the conference. The team takes a trip through Montana to face Montana and MSU next week before returning to the friendly confines of the Stott Center. 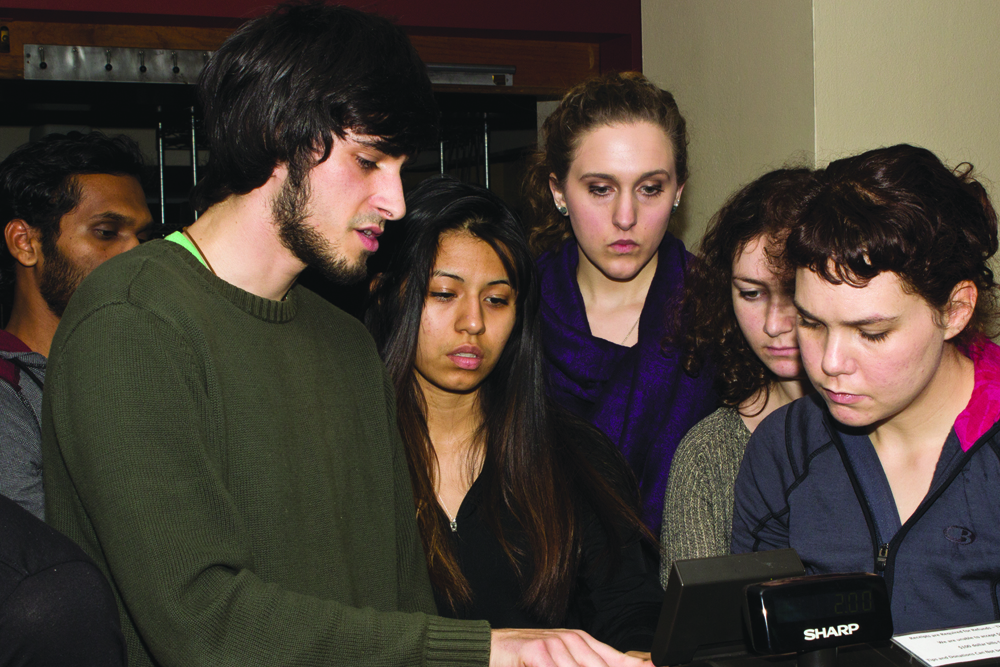 A Successful Bring Your Kids to Campus Day