Let’s face it—by any measurement, Portland’s hip-hop scene is weak. There are cities half its size that not only manage to produce high quality hip-hop on a consistent basis, but whose artists are able to gain an international following.

Let’s face it—by any measurement, Portland’s hip-hop scene is weak. There are cities half its size that not only manage to produce high quality hip-hop on a consistent basis, but whose artists are able to gain an international following. Maybe it’s Portland’s demographics. A miniscule black population coupled with a proliferation of hippies and hipsters, half of whom happen to play in bands, has in all likelihood contributed to the current status quo, where there’s no viable hip-hop scene at the table because not enough people care to try.

As far as the more well-known Portland hip-hop artists go, Luck-One is kind of an anomaly. He is black, and by virtue of that fact he represents a severely marginalized and underrepresented community in the contemporary Portland narrative. He’s a native and he represents PDX to the fullest. His music doesn’t sound like a demo for Rhymesayers, and when he says something on wax you believe him. I first heard his music while living in Oslo, Norway, and what initially impressed me was his lyricism. To be perfectly honest, the way he crafts his verses and puts his bars together made me think I was listening to Nas at first.

The latest offering from the self-proclaimed “King of the Northwest” is a collaborative effort with singer/producer Dizz, a fellow Portlander, entitled Critical Mass. Similar to Nas and Ras Kass, Luck-One’s had more than his fair share of wack production on his previous projects, but this latest album is a welcome deviation from that Achilles heel as the beats are up to par with Luck-One’s immaculate flow and labyrinthian yet accessible rhymes. Together he and Dizz have concocted an LP of bangers that cement Luck’s status as “that dude” in the Northwest, and should help awaken a near-comatose Stumptown hip-hop scene.

A devout Muslim and a relentlessly positive person, Luck-One is about progress, building and being true to oneself, maintaining an edge without resorting to misogyny and violence. And for a region whose hip-hop output is generally seen as soft, corny and generic in comparison to that of other cities, this man is a godsend.

“It’s Your Time,” featuring Mica Paris, is a celebration of perseverance driven by a sample—Des’ree’s “You Gotta Be”—that’s so familiar it’s incomprehensible that Dizz is the first to use it. Luck-One and Paris do Dizz’s enterprising crate-diggin’ justice with a unique brand of conscious and skillful rhymes that’s reminiscent of Talib Kweli and Mos Def in their Black Star heyday.

Luck-One graciously waxes philosophical on “Thank You,” a coming-of-age song in which he thanks all those who’ve supported him on his journey thus far. Clocking in at just under three minutes, he narrates his journey as an up-and-coming artist and expresses heartfelt appreciation for those who helped him get to where he is today.

“It’s how I made it big/battlin’ on stages, kid/Writing for the life of me dyin’ to find a way to live/Expressing that to my brothers their mothers caging in/I guess a life of incarceration’s the wage of sin/We went from rockin’ in McClaren’s serving three to five/To find our passion in rappin’ just to be despised/So when they tell me I’m comin’ across as cocky, I say where we from it’s a big deal to be alive/The multitude of ways they kill us is amazing/That’s why I keep ’em with the hands raisin’/Ain’t no time to waste, got me recording with haste/Flippin’ through lyrics I laced, every show’s a celebration/So while we living and dreaming in the present time/Let’s make a toast and try to kill it till the end of time/You know you’re only as great as your fans make you/Please allow me to say thank you.”

Luck-One and Dizz get anthemic with the appropriately titled “PDX.” Luck’s punchlines hit harder than Mike Tyson in his prime, and Dizz blesses his cohort with a bass-heavy, trunk-rattling canvas, buoyed by some beautiful work on the keys. “Darius Miles,” while short, is Luck-One’s high-water mark in terms of emceein’—over a relentless, menacing backdrop, Luck-One blacks out with wordplay wizardry and patterns that challenge anybody to come for his title as King of the Northwest.

As an artist, Luck-One’s craftsmanship with the pen and pad is comparable to Lupe Fiasco (sans the sanctimonious douchebaggery). Dizz is a capable producer with a wide range of styles, which complements Luck’s upper-echelon pen game perfectly. There are a couple missteps on Critical Mass—it can get a little too saccharine and sparkly at times—but as a whole it’s a solid album. 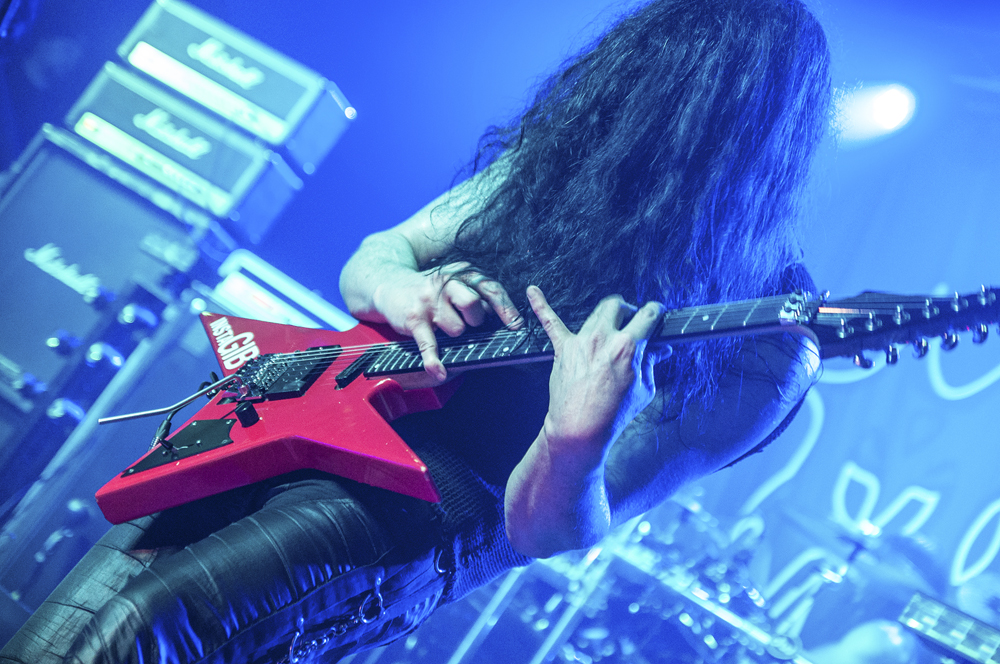