This Wednesday, Canadian pop activists Metric bring their synthesizers and political agenda to the swankiest club in P-town, the Doug Fir.

There are plenty of reasons to justify an appreciation for the nostalgic pop of Metric. Singer/keyboardest Emily Haines and company earned their indie credentials performing with fellow Canooks Broken Social Scene, their musical family tree extending throughout the thriving Toronto scene to fellow popsters like Stars and Feist. Haines’ lyrics are saturated with political musings: “I fought the war but the war won / I fought the war but the war won’t stop for the love of God.” Though sometimes her insight is simplistic and hackneyed, she manages to tackle real issues without taking herself too seriously.

And Metric builds their head-bopping riffs straight from their hipster music collections, drawing on new-wave, post-grunge and ’70s pop. But to focus on their place in the insipid world of indie hipsterdom misses the point. Metric play unapologetic dance music, walking the dangerous line between pop and art. They fail almost as often as they succeed, veering too often towards flippant superficiality and trite social observations. But when Haines is on top of her game, sexualizing militarism in a way that is both seductive and horrifying, while her bandmates churn out undeniably solid synth riffs, Metric’s experiment pays off.

If you come on Wednesday, expect to dance and take things a little less seriously.  ?”Leathan Graves-Highsmith

The Deadly Snakes band name sounds like one that belongs to a garage-rock band. But they’re not.

Playing at the Towne Lounge on Wednesday, the Toronto natives bring a taste of songs from their new album Porecella to Portland. The sound is a departure from their past albums, incorporating a sound reminiscent of the Kings and Love, music that’s far from garage rock. But regardless of the genre, the Deadly Snakes offer something unique. Recorded in a log cabin somewhere in remote Ontario, the music has a lo-fi sound that’s a winning mixture of soul, blues and punk. Venturing into brief glimpses of remote darkness, the album still maintains a beautiful pop sound that saves you from questioning the meaning of life. Rather, you think about it briefly and then move with the music into happier thoughts and happier sounds. It’s somewhat deceiving, the contrast between dark and light with music, but the band manages to pull it off with maturity. And it’s the word maturity that seems to be creeping into a lot of reviews of Porecella. The band of six has been around for a while, with other CD releases behind them and plenty of years to tell you stories about. Not being new gives them a realistic edge, and a mature one. It’s intimate, it’s real, and their distance from worldwide fame may be surprising but it makes them all the more appreciated. Because sometimes even though a band “should be,” they’re at their best when they’re not. ?”Stephanie Ryan

Clarence Greenwood, aka Citizen Cope, plays music that strikes a groove, low-key hip-hop with an urban sound that appeals to a wide audience. Check out his web site and you’ll see marketing written all over, classic shots of introspective performer combined with ringtones and music videos. But the marketing doesn’t change the music. It isn’t only hip-hop. Dimensions lie within the songs, the folk ballad taking a primary role within lyrics that center around something best described as poetic pop. It’s a good combination, a rather spare album of mellow voice and the guitar, drum machine and keyboard that lend a framework to singing about personal conflict. It’s introspective, and despite its marketability it is able to retain respect because it is solid and honest. -SR 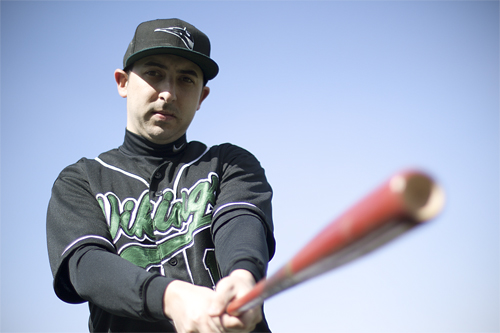