In a tension filled room in Cramer Hall Monday, students,faculty, and the administration pried into the proposedtermination, tenure, or promotion of black studies andinternational studies professor Ridwan Nytagodien.

Provost of Acedmic Affairs Mary Kay Tetreault arrived twentyminutes late to “listen to you and hear what you have to say,”Tetreault said.

Tetreault will make a recommendation to President Bernstineregarding the termination, tenure, or promotion of ProfessorNytagodien.

Students came to question Tetreault on the process of thetermination, tenure, or promotion, specifically regarding ProfessorNytagodien and the suggested termination lower down in his review(see “From Tenure to Termination”, Vanguard, 4/30/04).

Professor Nytagodien’s termination was suggested by the dean ofthe College of Liberal Arts and Sciences and E. Kofi Agorsa, thechair of the black studies department.

The termination, tenure, or promotion process goes through fivelevels, starting with the Department Personnel Committee, thedepartment chair, the college dean, the provost of academicaffairs, and ending with a final decision by PresidentBernstine.

Questions and discussion flew around the room regarding theprocess, but the issue many in the room voiced opinion over, asraised by Lowery, was “for a university that boastsmulticulturalism … it seems to me we are loosing faculty ofcolor.”

Tetreault responded saying she has made efforts at retainingfaculty of color.

Pedro Ferbel, an adjunct professor in the black studiesdepartment brought the discussion out of process and universitypolitics, saying “A lot of students are here is because we likeProfessor Nytagodien and want to convey that.” At this point, theroom was overflowing with students who wanted to speak out insupport of Professor Nytagodien.

A concerned graduate student explained that “if Ridwan wasn’there, I wouldn’t be here … taking away Ridwan is like taking awaymy empowerment … If Ridwan goes, black studies is dead.” Thegraduate student commented that “we want a professor who will standup for us.”

Many students in the room shouted out “it will.”

Another student commented that Nytagodien “connects withstudents on a human level and also challenges them.” The studentmade the point that Nytagodien makes time for students and said “itwould be horrible if he couldn’t continue with the students.”

Coordinator for the Association of African Students, Suad Jama,pointed out Nytagodien’s support for student groups.

“I can attest to his support for our organization, without hisadvice, I couldn’t have done a lot of the things I have done,” Jamasaid. Jama played a major role in organizing last Friday’s AfricanCulture Night.

Laura Close made the point that “this room is overflowing withstudent of color leadership…you (Tetreault) need to recognizethat folks here want his retention.”

As Tetreault explained she only had a few minutes before hernext appointment, students rapidly asked pressing questions.

Lowery asked, “Are we going to be heard?” Another student asked,”Do we have any power in the decision making?”

Tetreault, as she stood up to leave, stated “I have heard you… I will have a discussion with the president about thisdiscussion.”

Before Tetreault left, many students asked that she remembertheir comments in the review of Nytagodien’s job.

Tetreault will make a recommendation to President Bernstine bythe middle of May regarding the termination, tenure, or promotionof Professor Nytagodien.

Backing down on Iran

Kicking off the blocks hard 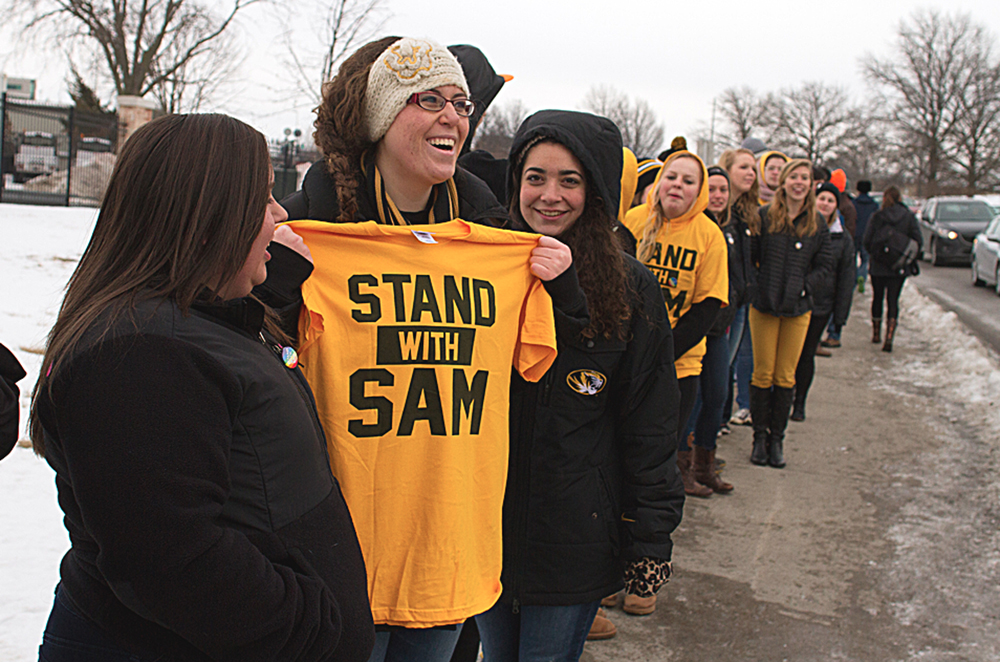