What does domestic violence look like in communities of color? And what can be done to stop it?

About two dozen students and faculty gathered Friday afternoon to ponder the answers to these questions at the Women’s Resource Center for a talk titled “Resisting Violence in Communities of Color,” sponsored by the WRC’s Women of Color Action Team.

What does domestic violence look like in communities of color? And what can be done to stop it?

S. Renee mitchell performs spoken word about the feelings involved in emotional abuse at a Friday talk held at the Women’s Resource Center.

About two dozen students and faculty gathered Friday afternoon to ponder the answers to these questions at the Women’s Resource Center for a talk titled “Resisting Violence in Communities of Color,” sponsored by the WRC’s Women of Color Action Team.

It was the WRC’s final event related to Domestic Violence Awareness Month, a nationwide movement held every October.

Tonya Jones, a graduate student in the Postsecondary, Adult and Continuing Education program, coordinated the event in conjunction with her participation in the WOC Action Team.

“We’re looking at it from the unique perspective of women of color,” Jones said. She hoped the event would encourage people to engage in activism.

Two guest speakers led the talk, and an open discussion among the attendees followed.

The first speaker was S. Renee Mitchell, a former Oregonian journalist and founder of the Healing Roots Center. She emphasized the different ways domestic violence and abuse can manifest.

Both women spoke from personal experience.

Mitchell performed several pieces from a play she wrote about domestic violence called Tangoing with Tornadoes. With jazzy and thunder-tinged backing tracks, she alternated between singing and spoken-word recitation to make her points.

Domestic violence does not just take a physical form, Mitchell explained, but can also be verbal, emotional, spiritual and financial. It doesn’t happen just between romantic couples but in all types of everyday relationships.

“I am everybody of every race…of every economic situation…I am that woman…I am you,” Mitchell recited.

Her performance expressed the confusion that comes with being the victim of a manipulative perpetrator. “You broke into my heart and head and you robbed me of my peace…because of your words,” she recited.

After her performance, Mitchell explained that her personal experiences with this kind of abuse made her want to open up a dialogue.

A lack of information about domestic violence made even some of her female friends resistant to her message at first. This push back made her want to speak out even more, and ultimately inspired her to write the play.

Imarisha’s presentation was less stylized but no less informative. She discussed ways in which communities of color can hold people accountable outside of the criminal justice system.

Policing in the United States can be traced back to antebellum systems of slave control, Imarisha explained. She cited the example of an Alabama prison that, prior to the abolishment of slavery in 1865, held predominately white prisoners. After 1865 it held 99 percent black prisoners.

In short, the prison system effectively allowed for the continued practice of free black labor.

Imarisha stressed that women of color have less access to resources because of the criminalization and occupation of communities of color by police forces.

In cases of domestic violence, women might not have anyone to turn to.

“Oftentimes, calling the police is not an option because both sides get arrested,” she said.

Instead, communities of color should develop alternatives to relying on traditional policing, Imarisha explained.

One such solution, emphasized by several people in attendance, is the banishment of violent perpetrators from communities.

By banding together community members the perpetrator respects and taking a stance of zero tolerance of violent actions, some communities have successfully kept offenders away from their victims.

One question this approach raises is how to keep perpetrators from simply going to another community and finding new victims. Imarisha suggested that redefining community to reach a broader spectrum is one answer.

Rather than communities being simply geographical or ethno-religious in makeup, they can be defined along identity, interest and occupational lines.

Imarisha gave an example of a national academic network that was able to keep an offender from gaining access to new victims elsewhere by letting potential employers know his history prior to hire.

The WRC’s participation in Domestic Violence Awareness Month was coordinated by its assistant director, Jessica Amo. One of its main goals is to help women overcome violence as a barrier to accessing education, she explained. Student engagement is key to this process.

“We would love any students who have questions or would like to be involved,” Amo said. 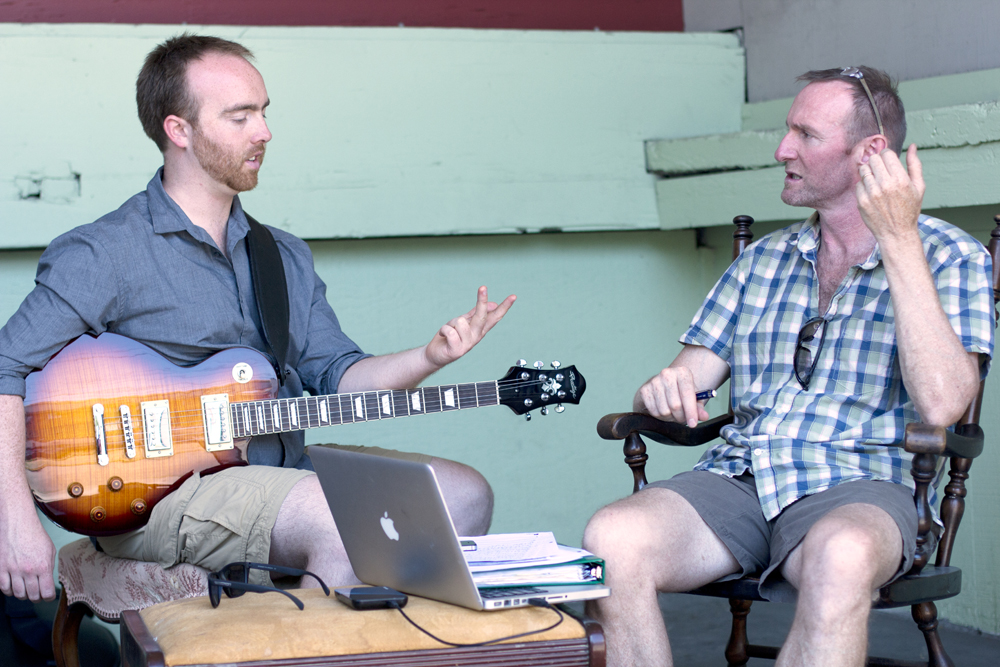