Halfway through conference play, the men’s basketball team (13-8, 6-2 Big Sky) finds itself leading the Big Sky Conference in the standings department. From the outside, the team finally seems to be clicking after a sluggish start and is poised to make another run at a conference title.

Halfway through conference play, the men’s basketball team (13-8, 6-2 Big Sky) finds itself leading the Big Sky Conference in the standings department. From the outside, the team finally seems to be clicking after a sluggish start and is poised to make another run at a conference title.

A peek inside the increasingly crowded trainer’s room tells a slightly different tale.

Yes, the team is playing well right now, but several of head coach Ken Bone’s key energy guys are sidelined for the next few weeks and may not be ready to play until the Big Sky Conference tournament in March. And it could spell trouble for the Vikings if forced to take on the conference’s elite with a sideline full of regulars still nursing injuries.

Sophomore Julius Thomas, one of Bone’s many solid forwards, has been hampered for weeks with a broken right rib. After playing through pain, Thomas was X-rayed last Friday and doctors identified a fracture that needs between two and four weeks to heal.

Asked how he was feeling with his arm in a sling to relieve pressure on the rib, Thomas grimaced and said, “Not good.”

“It was actually broken for awhile but we didn’t really know what was going on,” he said.

Thomas is averaging 3.6 points, 3.1 rebounds in 14 minutes over 18 games this season. He shoots a team-leading 68.3 percent from the field, getting many of his points off dunks, put-backs and other hustle plays.

Joining Thomas on the injury report is senior guard Dupree Lucas, who was absent from the team’s Monday practice. Lucas has been hobbled by plantar fasciitis, a painful inflammation of the heel. Bone said he expects Lucas to be out one to three weeks.

Lucas was the Big Sky Newcomer of the Year last season, averaging 13.2 points and 3.9 assists a game. His numbers are down this year to 6.9 points and 2.2 boards a contest and he is shooting just 35 percent from the field.

Still, Lucas is far from just a warm body. He provides the Vikings with another midrange threat and started 11 of 15 games played. Junior Andre Murray is filling in Lucas’ absence, averaging 11.4 points and 5.3 boards through eight games of conference play.

Sophomore Kyle Coston has been sick with a sore throat, possibly tonsillitis, but Bone expects him back at practice today. Justynn Hammond is also out with an undisclosed illness.

Tyrell Mara, a red-shirt sophomore forward, has been dealing with a sore elbow but participated in practice Monday. Several other players are among the walking wounded, managing injuries not serious enough to warrant time off.

While the Vikings have dealt with the injury bug well so far-10 different players have started at least one game-Bone said it creates problems because Thomas and Lucas provide the team with athleticism and attitude.

Bone said that injuries are one reason why it’s important to recruit a deep team full of talented players that can fill in if need be.

“We’ve managed so far, but we’re just taking it game by game,” Bone said, “in that something could happen any time. In that sense, Thursday is a long ways away.”

The road back to the court is a long one for Thomas, who can do little but huddle in at practices and cheer his teammates on from the bench during games. Since his injury is a bone break, there’s no rehabilitation except for time. While sitting out is difficult, the Vikings’ recent run to the top of the conference has made things easier.

“It’s definitely hard to have to watch games,” Thomas said. “I’m just happy for our team. I’m just waiting it out.” 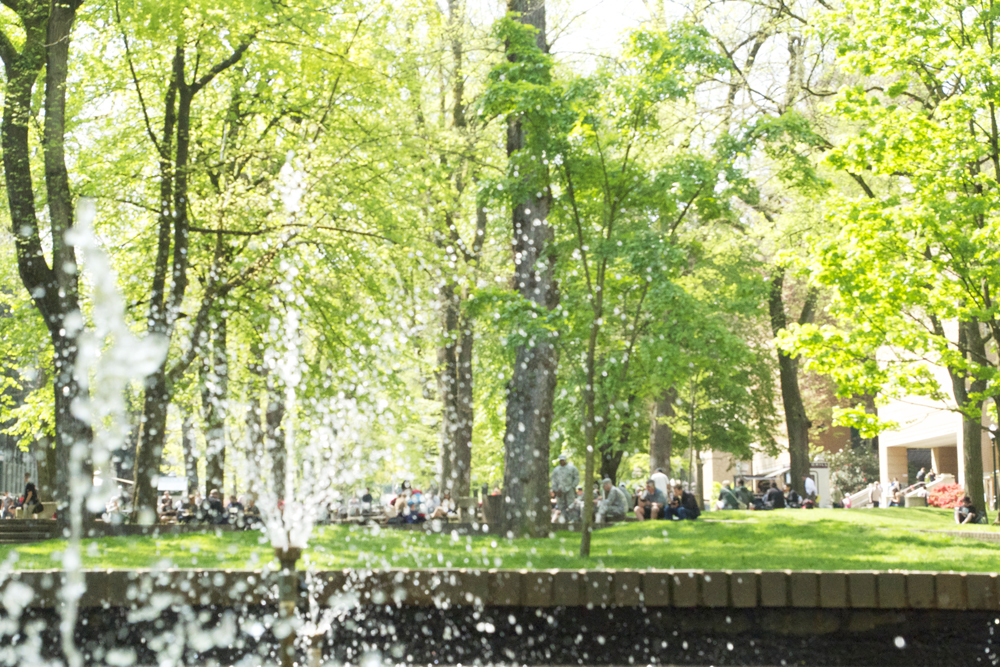