A small crowd gathers in the South Park Blocks as Matt Shores unpacks his suitcase and assembles a tiny table. Kneeling on the sidewalk in front of the table, Shores demonstrates how a fan can perform double duty as a sake bottle and a tobacco pipe.

A small crowd gathers in the South Park Blocks as Matt Shores unpacks his suitcase and assembles a tiny table. Kneeling on the sidewalk in front of the table, Shores demonstrates how a fan can perform double duty as a sake bottle and a tobacco pipe.

Shores, a two-time PSU graduate, is a Ph.D. candidate writing his dissertation on Japanese literature. His focus is on rakugo, a form of comic storytelling with a long history.
Rakugo is a one-man show—you might call it “sit-down comedy”—that uses only two props: a fan and a piece of cloth. This summer, Shores returned to PSU to teach an upper-division Japanese course on rakugo and hayashi music. Shores is the first to teach rakugo in English.

On Aug. 17, Shores and his students will perform the first English-language yose show by students at an American university. This will be the final installment of the summer’s Japan in Motion 2012 series.

The class of seven Japanese majors will perform a yose show—an evening of Japanese vaudeville entertainment that includes manzai (two-man stand-up) and rakugo (the comic monologue Shores demonstrated for the Vanguard in the Park Blocks).
Shores attended PSU as an undergraduate, graduating in 2000 with a bachelor’s in international studies with an East Asian focus and a minor in Japanese. He began college as a theater arts student but soon realized that “anyone can be an actor, but not everyone can get paid.”

Japanese didn’t come easily to Shores. “The teachers were great…I’m just not sure I was smart enough,” Shores joked. PSU’s Japanese language classes, he recalled, were full immersion, and “by the second year, the grammar was getting really difficult.”

Shores then took a Japanese theater class with Professor Larry Kominz. The rest, he said, is history. “Day one of the class, [Kominz] was up on a chair in an outfit kind of like this, and he was doing performance in Japanese—kind of a pantomime comedy thing. And I just thought, this is so cool. This is what I’m going to study.”

Following graduation, Shores left for Japan, where he enrolled in a master’s program, intent on studying theater. His first exposure to rakugo was as a master’s student. “My adviser said, ‘I’m going to give you all kinds of tickets to theater, and you have to choose one to write your thesis on.’”

When Shores saw his first rakugo show, he said he “couldn’t understand a word. And I thought, ‘I went to school [for] four years for this?’

“[In Japan], there’s this analogy: They say [rakugo performers] speak ‘like water running down a washboard,’” Shores said. The performances, he said, are “rapid fire,” with “lots of staccato.”

Rakugo, Shores explained, is an oral tradition passed down from master to pupil. The art takes years of study and has its own repertoire. Each performer, Shores said, tells the same stories differently.

Most foreigners “don’t even try to touch rakugo,” Shores said. “It takes so much time to get into it.” Performances, he said, “can be daunting for nonnative speakers in the original Japanese” But Shores saw the demands of the art as a challenge.
Following World War II, rakugo “was almost a dead art.” In Osaka (Japan’s second-largest metropolis), “there were less than 10 people left doing this art. All the halls were burned to the ground…There was no place to perform,” Shores explained. Performers resorted to begging restaurant owners to let them perform in the spaces above their businesses.

There are distinct rakugo traditions in Tokyo and Osaka. To date, most Japanese research has focused on the Tokyo variety.
Shores completed his master’s degree in the town of Nara, a 30-minute train ride from Osaka. His adviser was active in the city’s rakugo scene, serving on boards and committees that sponsored Osaka’s few remaining artists.

A dedicated group of patrons helped ensure rakugo’s survival in Osaka, and Shores’ professor arranged for him to study with a performer. “The first guy I started with started his [rakugo] apprenticeship immediately after World War II,” Shores said.
Shores’ first shishô (master) went by the stage name Katsura Bunshi. He was the fifth rakugo performer to use the name. Katsura Bunshi V died in 2005, but his star pupil continues to perform as Katsura Bunshi VI.

Shores most recently apprenticed with Hayashiya Somemaru IV for 18 months, while researching in Japan on the Monbukagakusho graduate research scholarship. Somemaru and Bunshi were contemporaries with similar rakugo styles.

After completing his degree in Japan, Shores found that he needed additional research experience before applying to doctoral programs, and returned to PSU for a master’s degree in Japanese. He has since completed his doctoral coursework at the University of Hawaii at Mânoa.

A Portland native, Shores contacted Kominz before he returned to Oregon for the summer in 2010. Kominz gave Shores carte blanche to design his “dream class” as an adjunct instructor.
His first class? “Japanese humor, from the beginning of time until now.”

Kominz is going on sabbatical this year and has invited Shores to fill in for him.

“It’s always been my goal to not only teach about rakugo, but to teach it,” Shores said. 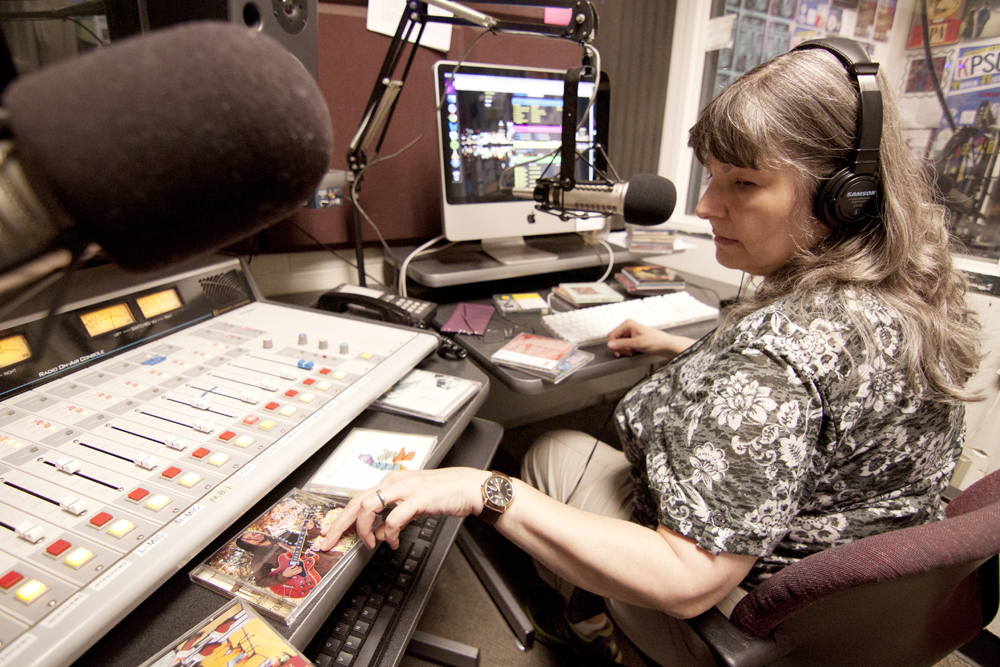 The in and outs of campus student media groups

A tub of lard