We claim we have a right to know. We claim it makes a difference. But why is it that the American public is so fixated on politicians’ personal lives, rather than the more important questions about the economy, alternative energy and the wars in Iraq and Afghanistan? Is it fear that causes society to look away to the more fluffy aspects of the election? Or are we just nosy, water-cooler gossip hounds?

We claim we have a right to know. We claim it makes a difference. But why is it that the American public is so fixated on politicians’ personal lives, rather than the more important questions about the economy, alternative energy and the wars in Iraq and Afghanistan? Is it fear that causes society to look away to the more fluffy aspects of the election? Or are we just nosy, water-cooler gossip hounds?

Perhaps the most controversial election in history, the vote of 2008, has been sensationalized at every turn. Comments from Russell Brand on the MTV Music Awards about the father of Bristol Palin’s child may be amusing, but are they really relevant?

First-time voters are often influenced by the opinions spewed from celebrity mouths. Hollywood may be as well informed as the rest of us, and I’m not saying they are all ignorant, but decisions on the vote should be based on one’s own thoughts and opinions, not on glitter and gossip.

The media cannot be blamed entirely for what’s happening. They don’t make millions of dollars off these stories unless we buy into them. The majority of the world does, gladly.

Freedom of the press allows the media to cover these stories, and this right should be protected. However, that does not mean that we are obligated to watch, read and believe every secret of the candidate’s personal life that comes along, nor does it make it relevant to the election.

We love to pit Democrats against Republicans to see who demonstrates morality better. It is easy to see that when a Democrat or celebrity has an individual conflict it is blown out of proportion and labels them as a bad person.

I’m sure you all remember Bill Clinton’s dalliance with Monica Lewinsky. However, when a Republican has a skeleton in their closet it is smoothed over, as normal, and that person is lauded for having problems just like the rest of us. True, teenage pregnancy is a huge issue in this country, and Bristol Palin’s pregnancy does not necessarily mark Palin as a bad parent.

What I have a problem with is that Ms. Palin is clearly using this situation to make her appear human to the rest of the world. An affair and an “illegitimate” child may be different matters, but the principle is the same: These are situations that should be dealt with inside the family, not at our dinner tables.

Another big factor in this election seems to be religion. Is Obama a Muslim or is he a Christian? What does his pastor have to say? McCain and Palin are religious, and to some citizens that means they will make great leaders, while others believe that because they are religious, they will run this country right into the ground.

Religious labels are not an indicator for leadership. George W. Bush can claim to be Christian and lead the country by God’s vision all he wants, but while he favors the death penalty and pushes for the war in Iraq, he is violating a basic Christian principle: Thou shall not kill. These faith tags are often merely used to gain or deter votes.

Instead of persecuting a candidate for what church they go to, we should be concentrating on how they are applying their values to what they do as leaders. Let actions speak louder than labels.

Even with all of this propaganda, why are we so thirsty for the gossip of candidates’ private lives?

Our voyeurism acts as a veil so we can forget that we also commit adultery, lie, have children at outrageously young ages, have differing religious and racial backgrounds, and generally, are not perfect. How can we expect perfection from these politicians, who are after all, only human?

Ultimately, the media will always need a story to sell, whether it invades privacy or not. It is important as consumers of the media, and as the voting public, to pay attention to the issues that affect us.

When society votes more on the attractiveness and provocative events in a candidate’s personal lives, instead of policies and programs that can improve our welfare and status as an individual and a nation, everyone loses.

What happens behind closed doors in these people’s lives is not only none of our business, but it generally has little to no effect on how they perform in office.

Referencing Bill Clinton’s case again: Although he might have acted immorally by cheating on his wife, he also created programs that got thousands of people jobs and got the nation out of a crushing deficit.

Until the American public starts to focus on the important issues, we cannot look forward to an informed and successful election. The media will keep feeding us what we hunger for, so it is up to us as a society to demand the truth about relevant issues, rather than what will amuse and distract us. 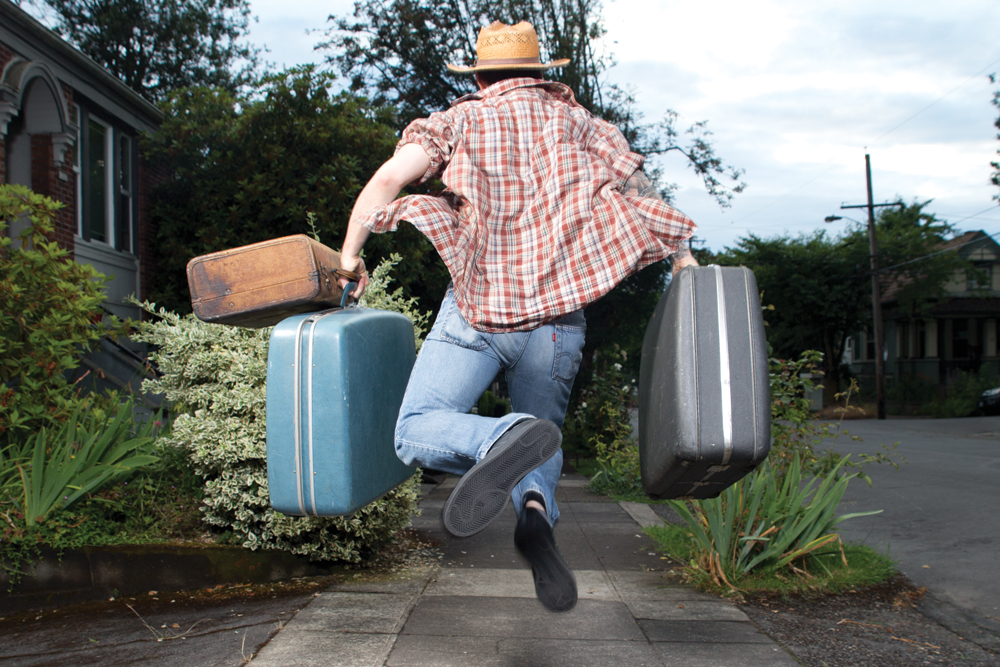