The Senate is expected to vote again this month on an energy plan that would allow drilling in the Arctic National Wildlife Refuge (ANWR) and give billions of dollars in aid to oil companies. A Senate vote in December defeated the bill, but Republicans are dedicated to getting it passed before Congress convenes in October. President Bush believes that ANWR drilling is vital to reducing our dependence on foreign oil, and our national security.

As the United States continues to consume 25 percent of the world’s oil and only produce 3 percent, it’s obvious that we need more energy sources, but more oil is not necessarily the answer. An argument that Bush often gives for needing more oil is California’s energy crisis. However, only 2 percent of the nation’s oil consumption is for electricity. A staggering 75 percent is for automobiles. With higher fuel efficiency standards and the integration of hybrid vehicles, this number could take a dramatic downturn.

This is exactly what oil companies don’t want, and the efforts of the Bush administration to protect these special interests are obvious. The same day that the energy bill passed through the house last August, a bill to raise fuel standards for SUVs was defeated. Rep. Sherwood Boehlert, (R-NY) commented, “There’s just no persuasive argument against raising (fuel) standards. It’s the simplest, most basic conservation step available to us.” With higher fuel standards, more oil could be saved in 3 years than could ever be recovered from ANWR.

According to a U.S. Geological Survey report, the refuge may contain anywhere from 4.3 to 11.8 billion barrels of oil, with a mean value of 7.7 billion barrels. At the nation’s current consumption rate of 20 million barrels per day, this is roughly a year’s supply that won’t be available until 2007 at the earliest. A figure that is commonly used by oil interests is that there are16 billion barrels of oil in ANWR. As the USGS report clearly shows, for it to be economically possible to extract this much oil would require a rate increase up to or exceeding $30 per barrel. The current market price is approximately $20 per barrel.

In addition to the obvious problems consumers would have with this plan, environmentalists have also raised many concerns. Drilling in nearby Purdue Bay yields 400 spills per year. Republicans commonly state that environmental impact will be minimal because ANWR is a barren wasteland. On the contrary, the refuge is home to many species of plants, fish, birds, amphibians and mammals. The coastal plain of ANWR where drilling would take place is a calving ground for the Porcupine caribou herd, whose number is estimated to be 130,000. In turn, the native Gwich’in Nation depends on these caribou as their main source of sustenance. In 1988, the Gwich’in called a gathering of all their chiefs from the U.S. and Canada, an event that hadn’t occurred in 100 years, and passed a resolution requesting the U.S. government make ANWR a wilderness area.

Interior Secretary Gale Norton was asked to report to Congress on the history of this herd in order to help them better analyze the situation. Norton presented findings very different than those provided to her by the U.S. Fish and Wildlife Service, citing instead studies done by the oil company BP Exploration.

This, as well as support of Teamster’s President James P. Hoffa helped the energy bill pass in the House, it will now take a 60 percent majority in the Senate to become law. Oregon senators Ron Wyden and Gordon Smith both state that they are against Arctic drilling. Gordon Smith, however, in this election year, has not guaranteed that he will vote against it. The PSU chapter of OSPIRG is planning to hold an energy conference, certain that clean, renewable energy sources are a better solution than those which damage our environment. 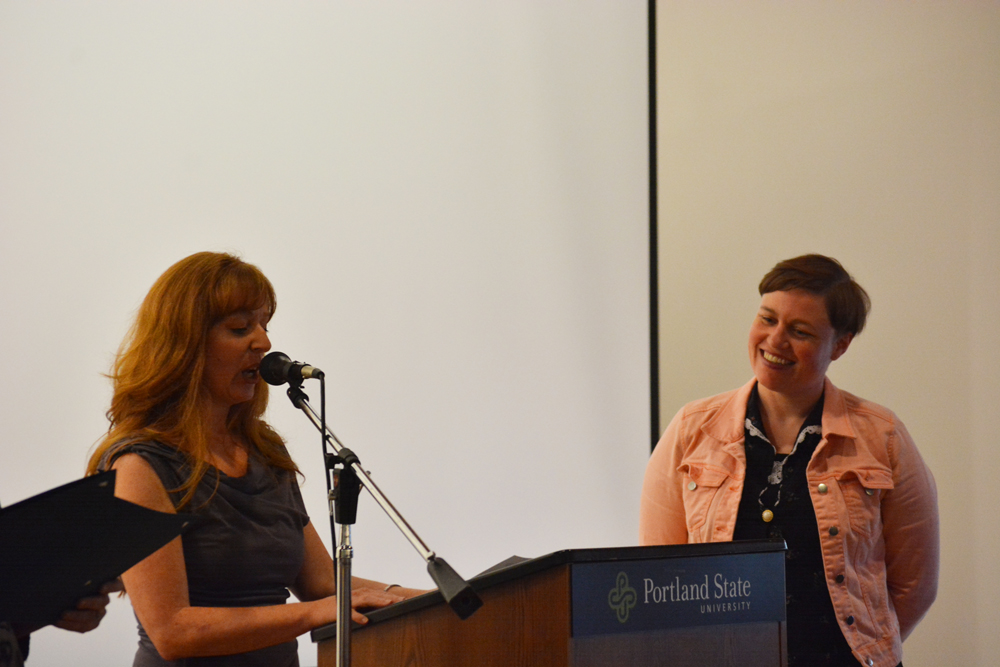