The activities of the Kappa Alpha Society at Cornell University caused a national furor when one of its pledges, a young man from St. Louis, died after plunging into a canal during a hazing ritual.

Amid the screaming headlines and the editorial cartoons that demonized the perpetrators, Illinois adopted what is believed to be the first anti-hazing law to deter activities at school subjecting any student “to ridicule for the pastime of others.”

That law was passed 102 years ago, on May 10, 1901, which makes the recent case involving students from Glenbrook North High School in north suburban Northbrook an example of a persistent problem. The same year the law was passed, newspapers were abuzz over the death of a West Point cadet and the subsequent trial during which another young cadet, Douglas MacArthur, testified about rampant hazing at the academy.

Yet the practice continues, and the Glenbrook North case has focused new attention on the Illinois law, under which 15 students have been charged, and similar statutes in 42 other states.

Despite the nearly unanimous support among the states for such legislation, anti-hazing advocates contend the laws either are too weak or are overlooked.

Moreover, some experts assert that these laws and bans by schools may be making hazing more attractive to youths and pushing it underground where the activities go unsupervised. Some also worry that, in this era of “Jackass: The Movie” and the “Fear Factor” reality television program, the dangers associated with hazing may be escalating.

“Kids are more desensitized to the hazards. The initiation rites of a generation ago may seem tame and lame to them,” said Tom Hutton, staff attorney at the National School Boards Association, who has helped draft anti-hazing policies for numerous districts.

“They try to find more ways to go over the top,” he said.

For generations, hazing has been an integral part of society’s rite of passage, regarded as a means used by police and fire departments, the military, medical schools, college fraternal organizations, high school athletes – and even some professional sports teams – to build character and camaraderie in their recruits.

Anthropologists and other experts say the practice has been occurring for thousands of years. Plato referred to it, and Byzantine Emperor Justinian I banned its use in some cases. In the 4th Century, St. Augustine wrote about his experiences of being hazed by a group called the Eversores.

Scholar Hank Nuwer, who has chronicled high school and college hazing in three books, including “Wrongs of Passage” in 1999, explained the rationale in schools: “Newcomers were accused of being criminal or wild beasts, and (the older students justified hazing by asserting) they needed a ritualistic exorcism.”

“Students would get hit with wooden objects or paddled with a book or frying pan,” said Nuwer, who also teaches journalism at Franklin College and Indiana University-Purdue University at Indianapolis.

Now, under the 43 state anti-hazing laws, spurred by dozens of hazing-related deaths, the practice is deemed a crime punishable by fines or imprisonment.

Since the 1990s, most national fraternal organizations have banned hazing, replacing the physical and psychological intimidation at the center of their pledging activities with dramatically milder, largely meet-and-greet membership drives. High schools also have taken an anti-hazing stance as part of zero-tolerance policies against bullying.

Victims’ relatives and anti-hazing advocates, however, insist more needs to be done to enforce such prohibitions.

In 1990, Alice Haben of Oswego, Ill., launched a campaign to toughen Illinois’ 1901 anti-hazing law. The General Assembly amended the law in 1996, changing the crime from a misdemeanor to a felony if a victim is seriously injured or killed.

Haben acted after her 18-year-old son, Nick, died after being forced to drink large amounts of alcohol in an initiation ritual for a lacrosse club at Western Illinois University. Hazing charges against the 12 men who allegedly forced her son to drink the alcohol were dropped, though Haben reached a settlement with them in a civil suit.

“Drunk driving 30 years ago was no big deal. But Mothers Against Drunk Driving made it an issue, and it is now frowned upon,” Haben said. “If people are made aware of what is happening with hazing, we can do the same thing.”

Experts say these anti-hazing laws vary. For instance, New York and Texas are considered to have strong laws and impose severe penalties against perpetrators of hazing even if their victims agreed to participate. In North Carolina, which is considered to have a weaker law, prosecutors have applied the ban to public schools but not private ones.

A 2000 study concluded that hazing affected nearly half of high school students selected for the survey. The practice is routinely used as initiation for sports teams, scholastic groups, bands and even church youth organizations.

The study, called Initiation Rights in American High Schools, asserted that 48 percent of students in select organizations were hazed and 30 percent performed illegal acts as part of their initiations. Moreover, 71 percent of those subjected to hazing reported suffering negative consequences such as injury, falling grades or conflicts with parents.

“It’s a lot more prevalent and pervasive than what we originally thought,” said Norman Pollard, director of counseling and student development at Alfred University in Alfred, N.Y., the study’s co-author.

While the Glenbrook North case sparked widespread outrage and shock, it is hardly the most egregious example of hazing gone awry.

A portrait of the artist as part of the landscape

It takes a village to raise an idiot 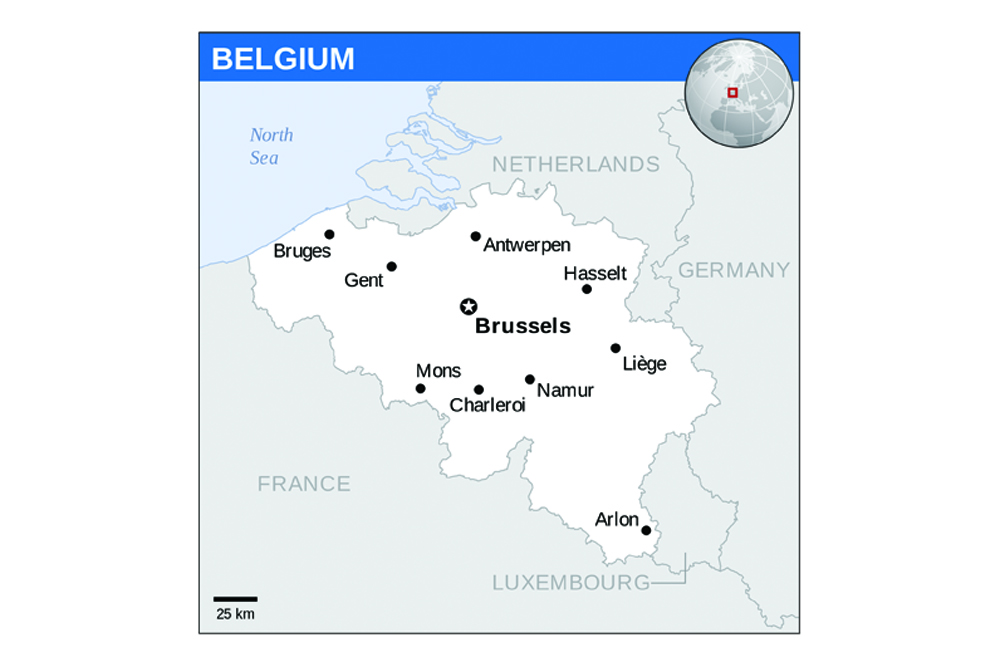