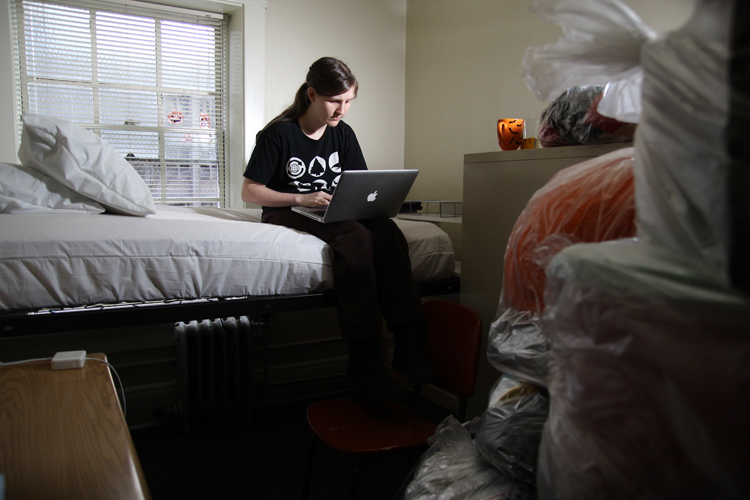 On Nov. 16, after nearly two months of unexplained itching and rashes, sophomore Stephen Martin, a sociology and Black studies major, discovered bed bugs and their excrement in the mattress of his second floor Montgomery Court sleeper.

By Monday, Nov. 21, three more second-floor Montgomery Court residents had been bitten in their sleep, two of whom live much farther down the hall from Martin.

On Nov. 16, after nearly two months of unexplained itching and rashes, sophomore Stephen Martin, a sociology and Black studies major, discovered bed bugs and their excrement in the mattress of his second floor Montgomery Court sleeper.

By Monday, Nov. 21, three more second-floor Montgomery Court residents had been bitten in their sleep, two of whom live much farther down the hall from Martin.

“I definitely feel like they were there when I moved in,” said Martin, who arrived at Montgomery Court at the beginning of fall term. “I think they were in the mattress, the floor boards, the carpet.”

The building—which houses 142 students in single-occupancy furnished units between 117 and 280 square feet in size—has had bed bug infestations in the past, according to a former and current resident, including a major infestation this past spring in a room almost directly beneath Martin’s.

“I know that we’ve dealt with bed bugs a couple of times in Montgomery,” said Wayne Wilcox, auxiliary services maintenance manager at PSU. “It is an epidemic nationwide that we are experiencing here at PSU as well.”

PSU does have a pretty aggressive program to combat the problem, Wilcox said. That program includes spraying all university housing units suspected of bed-bug exposure in-between residents; at Montgomery Court, PSU policy is to spray every room at resident turnover, according to Wilcox.

All five of the currently affected students have had their rooms sprayed once in the last 12 days, but all are adamant that if they had known they should be on the lookout for bed bugs, the problem wouldn’t have escalated to the point it’s reached. Martin spent the first two months of this term under the false impression that he was having an allergic reaction to his new tattoo; it was a friend and fellow resident who finally suggested that the “rash” might be bites, prompting Martin to remove the vinyl cover he’d purchased for his mattress at move-in and discover the bed bugs living underneath.

“It would have been a lot less of a big deal if Stephen had known,” Schroyer said. She said that Martin could have easily spread the bed bug infestation to other resident’s rooms simply because he is a social person who often hangs out with friends, and because he did normal things like borrow a fellow resident’s vacuum cleaner.

After Martin discovered the bed bugs on his mattress, he contacted his floor’s resident assistant, who referred him to University Housing. The necessary pesticide treatment was scheduled fairly quickly—his room was sprayed two days after discovery, on Nov. 18—but Martin reports receiving incorrect policy information from University Housing.

“There seems to be a lot of misinformation,” Schroyer seconded.

Theresa Giambalvo, the auxiliary services staff member primarily in charge of pest control—who was not available for comment on this story—was reported by Martin to be very sympathetic to his situation. After touring his room before the spray treatment, Giambalvo “profusely apologized” because of the deplorable state of Martin’s mattress and furniture, he said.

Even so, due to a lack of clearly outlined protocol for bed-bug extermination, Martin says he prepared his room improperly for the spray treatment, and that it was therefore ineffective.

While Martin was told to remove all of his belongings from drawers, bag them and place them in the center of the room, he says he was not told to leave six inches of space between the bags and the wall along the perimeter of the room—a necessity for the exterminator to properly access and spray the space.

Martin also reports that he was not told to sleep in the room after treatment, which he later discovered was essential to the program’s success. Instead, Martin stayed overnight with his partner, and the next morning Schroyer woke to discover that the bed bugs had migrated to her room and bitten her instead.

Though Jana Hain, assistant director for Administrative Operations and Outreach at PSU, wrote in an email to an affected student that PSU covers “any and all treatments required and the only financial burden to students is laundry,” students have had to pay out-of-pocket costs. Expenses have ranged from plastic mattress encasements to car detailing to inspection of musical instruments for infestation. Martin says he’s spent between $300 and $350, and Millar says she’s spent at least $200.

There are now two informational posters in Montgomery Court about bed bugs, and on the evening of Nov. 29, between 20 and 30 residents attended a Bed Bugs 101 informational session led by Giambalvo. But Millar, Schroyer and other students say that that’s not enough.

Moreover, aids like bed-bug traps are only available if a student asks.

“And if you don’t know, you don’t ask,” Schroyer said.

And though Giambalvo said that the university would notify adjacent residents, “there’s been a real time lag in doing that,” Millar said. As of yesterday morning, the units above and below Martin’s room had not been notified of the nearby bed bug infestation.

“It’s about future residents,” Schroyer said. “I already got them. I’d rather my neighbors didn’t.” 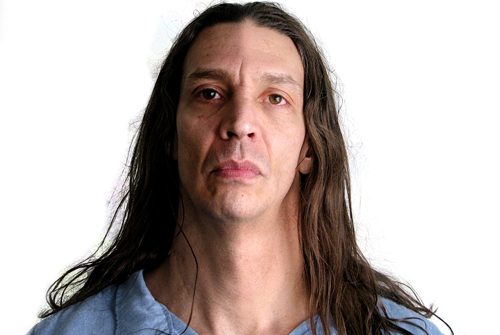