The kraut-snyth pop-rockers hit back with a mostly popless synth-heavy e.p. of four remixes and a new song. One could classify this as iTunes, considering the band’s heavy use of the Apple laptop and Janet Jackson’s booby.

Go see these guys at Dante’s this month if you’re looking for a band with a unique sound and a smart following. And pick up 2003’s Neon Golden, if you haven’t already, before buying this less approachable effort.

This junk sounds like The Apples in The Cars’ stereo with a Rivers Cuomo at the wheel. That’s fine I guess, except that it never lives up to the comparisons. Instead, The Monolith borrow here and there, making a somewhat decent indie-pop Frankenstein that’s living on borrowed time and borrowed money.

Stack that atop the tired-ass bird art album cover and we’re left with zero originality.

If Matador is putting out a hip-hop record, something’s got to be up. Dizzee has a sinister low-fi sound as timeless as Wu’s 36 Chambers and as nasty as Janet Jackson’s pasty glue. So the semi-underground British hip-hop/garage invasion continues.

With quality discount beats and an honest limey approach to the microphone, Dizzee Rascal and fellow countryman, Mike Skinner (The Streets), gives UK hip-hop geezas some much earned recognition.

(Note: Dizzee, only 19, is set to tour with Justin “wardrobe malfunction” Timberlake?) 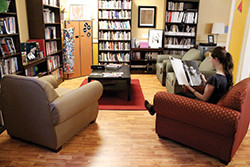