I’m fully aware that metal from Norway that trickles down the fjords and across the Atlantic to the U.S. has an image to maintain.

I’m fully aware that metal from Norway that trickles down the fjords and across the Atlantic to the U.S. has an image to maintain. What with Scandinavian metal acts burning down churches and making necklaces out of the skull fragments of dead band members, there’s some kind of image that people expect you to uphold. Kvelertak is classified by some as “black metal.” Guys, I’ve heard black metal. This ain’t it.

Even though the first track on Kvelertak’s eponymous record contains a whole lot of blast beats and screamin’, the rest of the album turns down the fervor a bit—a welcome notion for a metal band. I’ve found that a lot of metal albums build to a crescendo and then drop off—a tactic which is likely employed to leave the listener wanting more, but oftentimes leaves them teetering on the edge, flapping their arms. And let’s be honest, people look like idiots doing that.

But no, Kvelertak is not black metal. Instead, Kvelertak does what Scandinavia did to actual first-wave metal—they take it, and perhaps as a contrast to their snowy surroundings, darken it and turn it into their own thing. So was born the genre of black metal, and so is born the style of Kvelertak, a Norwegian foray into a genre that is only now picking up steam in America: party metal.

I know, that sounds dumb. Quasi-popularized by Andrew WK and perpetuated by bands like Municipal Waste and Valiant Thorr—and to a lesser extent, Bring Me the Horizon—party metal takes all the elements of thrash, adds a pinch of grind and combines it with the melodic sensibilities of—dare I say it—modern day pop-punk.

This sounds like a recipe for disaster, and it is. But for every 30 metal bands that have spent more on haircuts than gear, there is one that has not, and that has remembered nothing else matters except the music. Enter: Kvelertak.

With six total members, three of which play guitar, Kvelertak can sound like a bit much. However, that’s their masterful plan, wherein they take dense slabs of sound, coat them with sweet pop sugar and then shove them down your throat. The opening track “Ulvetid” ensures that the listener will not feel ripped off for having bought a record adorned with creepy-looking, unmistakably metal owls.

Kvelertak’s single, “Mjød,” starts the true Kvelertak record. Expect lots of three-part harmonies and dissonant screaming, with the occasional chant and a sparse gang vocal thrown in here and there.

It becomes increasingly apparent that Kvelertak does not screw around by the middle of the third track, “Fossegrim.” Since this track sounds somewhat similar to “Mjød,” it sets the tone for the rest of the album.

Superior songwriting is the name of the game on this album. As most metal records are written front to back at seemingly random and ADD-like intervals, a great part can be over before the listener can fully grasp the scope of the composition. In standard U.S. party metal arrangements, sometimes the opposite is expressed—the good parts drone on until the end of the song. While that sounds great, when you listen to an entire record of it and can only recall 14 arrangements on 12 tracks, you feel cheated. Kvelertak does it just right, keeping every minute of every song interesting (and incredibly cohesive for modern metal’s usually scatterbrained approach).

Even moments that would normally kill lesser bands’ records are integrated seamlessly. I’m talking about, of course, the clean vocal. Since 2002, “metal” bands have abused clean vocals to the point that a whole suck-y offshoot was born and still appeals to our world’s lowest common denominator.

Kvelertak’s clean vocals—which appear in not one but TWO songs—are well-placed and compliment the nature of the music very well; you can’t very well have any type of “party” genre without sing-alongs, can you?

This album is mixed very well, and the raspy, slightly quiet vocals would benefit very much from a warmth-wringing record player. Kvelertak never misses a step on this record musically, and their production never falters once. The record may very well find its way into several top 10 lists of 2010, and rightfully so. But sorry, Kvelertak—you’re not black metal, and I’ve never been so happy to feel so misled. ? 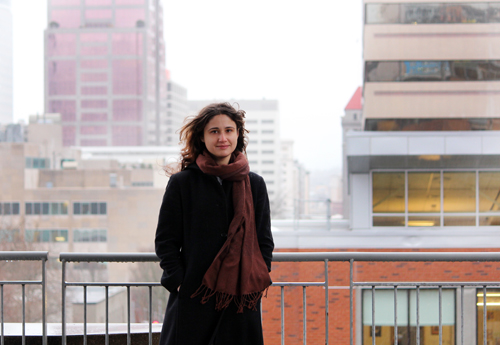