Over the next five years, Portland State plans on transitioning management of student housing from College Housing Northwest (CHNW) to PSU facilities and Residence Life.

The transition plan, as detailed in PSU’s and CHNW’s five year contract, calls for PSU’s facilities department to take over all newly constructed, PSU-owned buildings and one service a year, such as plumbing or electrical, until all the PSU-owned buildings are managed solely by PSU.

Cathy Dyck, associate vice president for finance and planning, said, “You need different types of tradesmen for each building …this (transitioning one service a year) allows for a smoother transition.” Dyck went on to say that for the university and students in general, the transition “seems to be a good fit.”

“The university is evolving and growing and we need to take a more active role in our housing and in the future of PSU housing,” Dyck stated.

The Oregon Legislature deemed PSU a commuter campus and legislation did not allow for student housing.

According to CHNW’s residence manual, students in a PSU urban studies class saw the need for student housing. The students convinced the university and State Board of Higher Education to allow them to take over several old apartment buildings. The students, with a loan, bought the buildings from the Portland Development Commission for independent student housing.

That was in 1969. Over the course of 34 years student housing needs have changed, as well as Oregon legislation. Part of this change has been a result of student input.

This summer, facilities held a meeting with students and the architects of the Broadway housing project. Dyck said students, 50 of whom were in attendance, asked for no carpet and for kitchens with fans above the stoves.

At a residence life meeting, “well over 100 students were in attendance,” Dyck said.

These meetings, although technically a legal obligation of public projects over a certain dollar amount, represent PSU’s changing attitude towards student housing. “It makes sense for PSU to take over (housing),” Dyck said. “We felt we needed that connection with the students.”

Dyck sited the fact that more traditional students are attending PSU and hence need a closer connection with PSU. “There are a lot of good resources the university has that students can have access to,” Dyck said, listing off student health services and financial help as two examples.

Attempting to meet the different types of needs students who live in student housing have, Dyck said, “PSU hopes to provide alternatives to students … whether it be a studio in Epler or Broadway, or a sleeper in another” building. The more traditional college students who are coming to PSU may want a lease for the academic year, Dyck explained. “Other students may want a full year lease, while others want to pay rent month to month.”

Students’ neighbors are also being taken into consideration. Dyck mentioned that residence life will be attempting to create themed halls. Some ideas she mentioned were faculty, graduate students and family halls.

Dyck referenced another type of hall theme using a story from her husband’s past.

“He worked in timber and mining camps and quiet halls and party halls were provided,” Dyck said. Her husband lived in a quiet hall, Dyck grinned and said, it’s “not that he didn’t want to party, but he wanted to go back to a quiet space … (at PSU) we want choices to offer people.”

There is also a financial perk that PSU will experience in transitioning student housing into their management.

“Housing is an auxiliary service that contributes funds to the university,” Dyck said, “and we need money.”

At the end of the five year contract, the university “will do everything in the PSU owned buildings,” Dyck said. “We still are having joint meetings with College Housing Northwest, we’re keeping dialogue open,” commented Dyck. Dan Potter, CHNW’s operations manager stated that CHNW is “working in a cordial way with them (PSU)” during the management transition.

Dyck said, “I think the five year plan gives a seamless transition to students, they will still be able to call a Resident Assistant (RA) to fill out a work order or report a problem.” 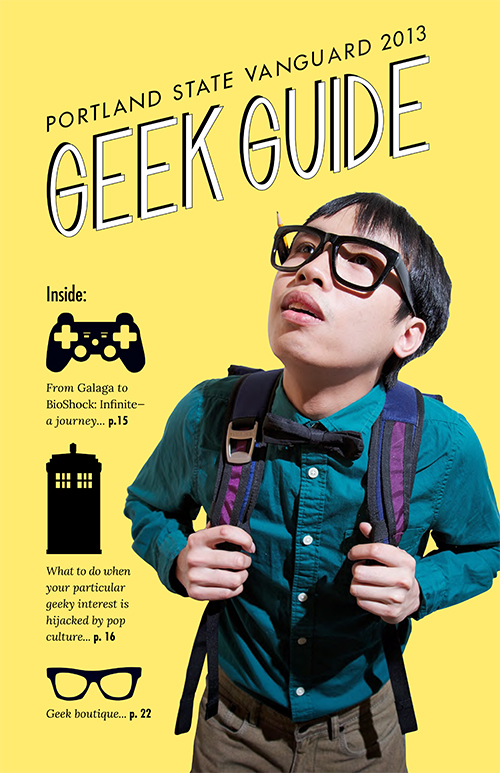