I was watching The Daily Show one evening last week (as those from my generation are inclined to do) and saw a Jon Stewart shtick about the overuse of Hitler and Nazi comparisons in today’s political arena. The gist was that calling one’s opponents “Hitler” cheapens everyone involved, as well as branding one a mouth-breathing nincompoop zealot. Stewart unfortunately missed the mark on this one, as the nazification process is muscular and ascendant, today.

Hunter S. Thompson proudly claimed to be the first journalist to label Nixon a Nazi in print, and one is struck by the horrifying similarities between the situation in our country back in 1972 and now. On the docket were such charmers as a “no-knock” statute, eviscerating the Fourth Amendment and a law that would have basically outlawed bail. Think middle America COINTELPRO with sharper teeth. The “left” was splintered by partisan rancor, and its impotent rallying cry was “anyone but Nixon.”

But things have grown worse and it’s little surprise that the Prince of Gonzo would have followed his last margarita with a lead chaser. Two recent developments are chilling signposts to what we can expect if America continues to allow herself to be spread wide and greased up by the amoral beasts currently running the show.

One was the ruling last week allowing municipalities to steal privately owned land and turn it over to wealthy developers (a hideous perversion of the Fifth Amendment), and the other involves the right and ability of the press to report accurately, which often requires that sources remain anonymous.

On June 27, the highest court in the land declined to hear the cases of two reporters facing jail time for refusing to testify about conversations with their confidential sources. Now this case is headed back to Federal District Court in DC, where the presiding judge is expected to decide where and when the journalists, Judith Miller of The New York Times and Matthew Cooper of Time magazine, will go to jail for their “crimes”. We’re not talking Jayson Blair here, friends, we’re talking prison sentences for reporters doing their jobs responsibly and honestly.

Had the Supreme Court acted in 1974 as they did yesterday, Deep Throat would have been in a cell, and Nixon would have continued to chew through the Constitution like a pack of rabid shrews. Bernstein and Woodward would have been defamed, ruined and finally, left to rot in prison cells.

How is it that presumably intelligent, well-educated Americans are not pissing themselves in a blind rage about this? Surely they understand that the only hope we have of keeping our government “by, with, and for the people” is to be fully informed and well educated with regards to their actions? Christ, that’s the least requirement of a functioning democracy! It wasn’t a joke when Dubya said it would be much easier to run a dictatorship, with naked longing in his verminous drawl.

Which bring us back to the Nazi idea. What took place during those years in Germany didn’t start with Auschwitz, it ended there, and that path to hell was paved with the stones of law. Hitler didn’t evade the laws, he perverted them to his own purposes.

Little by little the German people were led down the garden path, only to find themselves mute accomplices to one of the worst genocides in human history, an atrocity set aside from like events in Africa, North America, and China by the empirical, emotionless, spread-sheet manner in which it was brought about. One of the first, most important steps to Kristallnacht, and eventually the gas chamber, was the neutering and leashing of the German press. This is not hyperbole or mindless froth; this is history, and you’ll recall what happens to those who forget their history.

Milton Mayer wrote about this process in 1930’s Germany, “Each step was so small, so inconsequential, so well explained or, on occasion, ‘regretted,’ that, unless one were detached from the whole process from the beginning, unless one understood what the whole thing was in principle, what all these ‘little measures’ that no ‘patriotic German’ could resent must some day lead to, one no more saw it developing from day to day than a farmer in his field sees the corn growing. One day it is over his head.”

I’d say it’s time for some crop rotation. But then, I suppose Mr. Mayer and those of us who heed his warning are nothing more than vapid, un-American “liberals.” What the hell do we know? 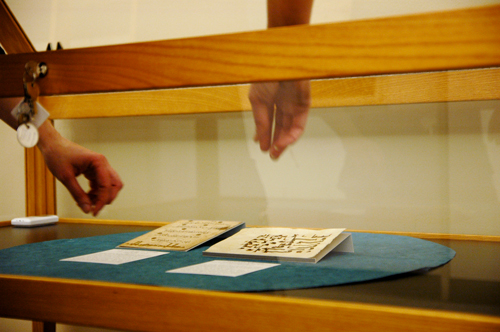