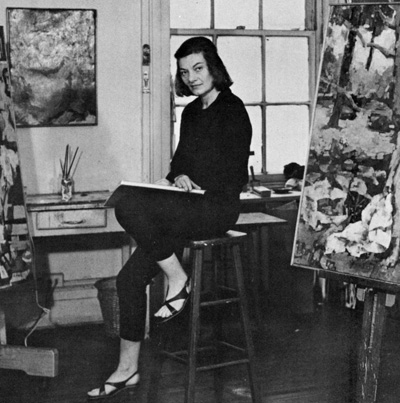 The Harold Schnitzer Family Program in Judaic Studies welcomes Professor Samantha Baskind to campus for the Sara Glasgow Cogan Memorial Lecture. Presented in conjunction with the College of the Arts’ Lyric Truth: Rosemarie Beck Symposium and Exhibit, Baskind will speak on “Rosemarie Beck’s Multiple Identities: A Woman, Jew, and Artist in Post-War New York”. Rosemarie Beck was a representational painter and woman in an art world dominated by abstraction and men. This talk explores how Beck’s multiple identities — woman, Jew, and artist — influenced her art during the postwar period, while also discussing the cultural and historical context of her work.

Samantha Baskind is Professor of Art History at Cleveland State University. She is the author of several books, including the critically acclaimed Raphael Soyer and the Search for Modern Jewish Art (2004) and a solely authored encyclopedia, Encyclopedia of Jewish American Artists (2007). Professor Baskind also co-authored Jewish Art: A Modern History (2011) with Larry Silver and co-edited, with Ranen Omer-Sherman, The Jewish Graphic Novel: Critical Approaches (2008). Her newest book, Jewish Artists and the Bible in Twentieth-Century America, which came out in 2014, was funded by a year-long National Endowment for the Humanities Fellowship as well as the Hadassah-Brandeis Institute and the Memorial Foundation for Jewish Culture. Professor Baskind served as editor for U.S. art for the 22-volume revised edition of the Encyclopaedia Judaica (2007) and is currently series editor of “Jews and the Cultural Imagination,” published by the Pennsylvania State University Press.

This event is free and open to the public.