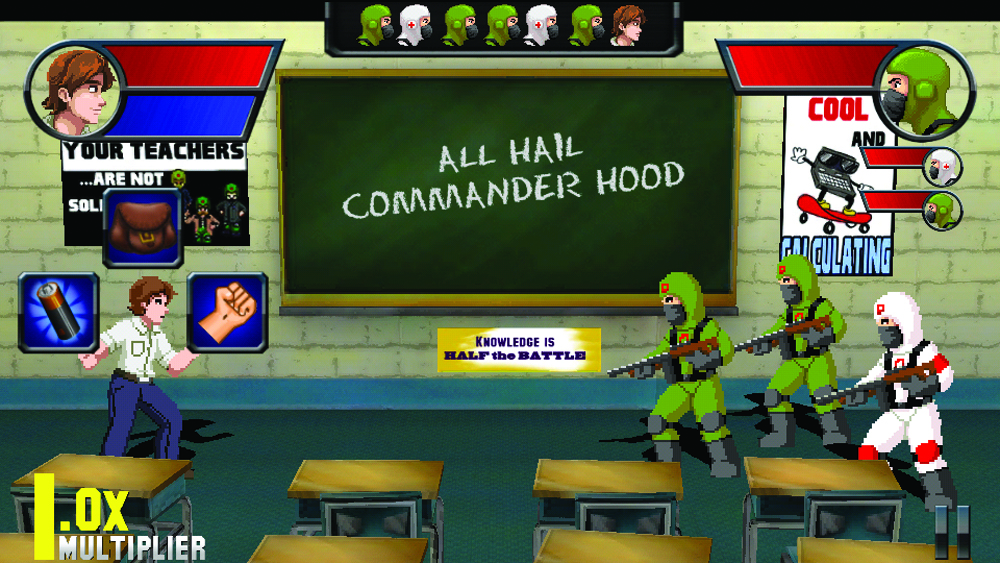 The game features deliciously vivid old school pixelated sprites set to scale against a plethora of colorful 3D environments, a lovingly crafted retro synth pop soundtrack, and more referential humor than you can shake a flux capacitor at. Saturday Morning RPG is a slice of nostalgia that hearkens back to an era of pure and unadulterated entertainment without any pretense.

The Wizard appears to Marty in a dream and bequeaths to him a magical artifact: a school binder. With his newfound powers, Marty sets off to defeat the evil Commander Hood, a nod to G.I Joe’s Cobra Commander, who has kidnapped Marty’s love interest, Samantha.

The narrative is decidedly loose and light throughout, chock-full of nostalgic throwbacks and characters influenced heavily by cartoonish tropes. Each of Saturday Morning RPG’s four episodes are largely self-contained and can be played in whatever order. Marty’s level, experience and inventory all transfer over from one episode to the next, and the game’s difficulty is highly customizable.

Enemies can be scaled either to match Marty’s level or set to a predetermined level of difficulty. Aside from the four episodes currently available (all of which feature a rather sizable array of optional side quests) and a free fifth episode set to arrive in a future update, there’s also an Endless Battle mode.

Each episode consists of somewhat minimal and suitably eccentric exposition, exploration, quests and, like any retro RPG worth its salt, plenty of turn-based battling. The gameplay is straightforward and, while not particularly ambitious, is imbued with tons of pop culture references turned gameplay mechanics.

At the outset of every battle, Marty can scratch collectible scratch-and-sniff stickers that decorate the cover of his magical binder. These stickers provide unique buffs in battles, from additional strength and defense, to immunity, poison, and much more. Similarly, Marty can collect items that give him access to special attacks in battle, adding a layer of strategy to the game and allowing the player to customize the roster of attacks.

Despite this attention to detail, the majority of battles are fairly straightforward and can be slogged through using the same attacks or sticking to the same strategy time after time. The lone exception to this are the game’s often inventive boss battles, but this does little to offset the tedium of generic battles.

Additionally, the implementation of the game’s battle mechanics range from inventive to frustrating. The execution of the scratch-and-sniff system at the beginning of every battle always caught me off guard.

As each battle opens, the camera slowly pans from Marty to his enemies before suddenly cutting to the cover of the magical binder, at which point the player, operating under a time limit, must mash the left and right arrows of the keyboard to scratch off each sticker in quick succession.

In addition to the benefits provided by each sticker, successfully scratching all of the stickers gives the player an attack boost. An inventive system in theory, but one I found quite frustrating in execution.

Despite knowing what was coming every time, the sudden transition from the battle screen to the binder’s cover always caught me off guard. Even when I frantically mashed the left and right arrows, I was very rarely able to get every sticker. The reliance on quick button presses for certain special moves seemed ill-suited for a keyboard and mouse layout.

Defending against enemy attacks was also a bit of a mixed bag. Handled by tapping a key with optimal timing prior to an incoming attack, defense ranged from intuitive to irritating. Some enemy attack animations made it nigh impossible to determine when to defend, while other attacks were simple enough to anticipate. A subtle, onscreen prompt indicating when the player should defend against an incoming attack would have greatly alleviated my frustration.

The sheer amount of battles I waded through made these difficulties all the more pronounced and somewhat hampered my overall enjoyment of Saturday Morning RPG. That being said, don’t let this deter you. Despite my aggravation, I found myself invested enough in the game to press on and still derived great fun from it despite these issues. While I never fully acclimated to these oddities of gameplay, I did become somewhat accustomed to them.

Saturday Morning RPG is truly a must buy for those who grew up in the ‘80s, or gamers like myself who are simply enamored with the decade. It’s a simple, fun game drenched with style that is best consumed bit by bit. The love and care that was poured into this game by its developers is evident and infectious.

Whatever inconsistencies or issues are present in the game are ultimately dwarfed by its bodacious presentation and in-your-face charm. If you think you’re a bad enough dude or dudette to take on this gnarly title well, like, what are you waiting for? 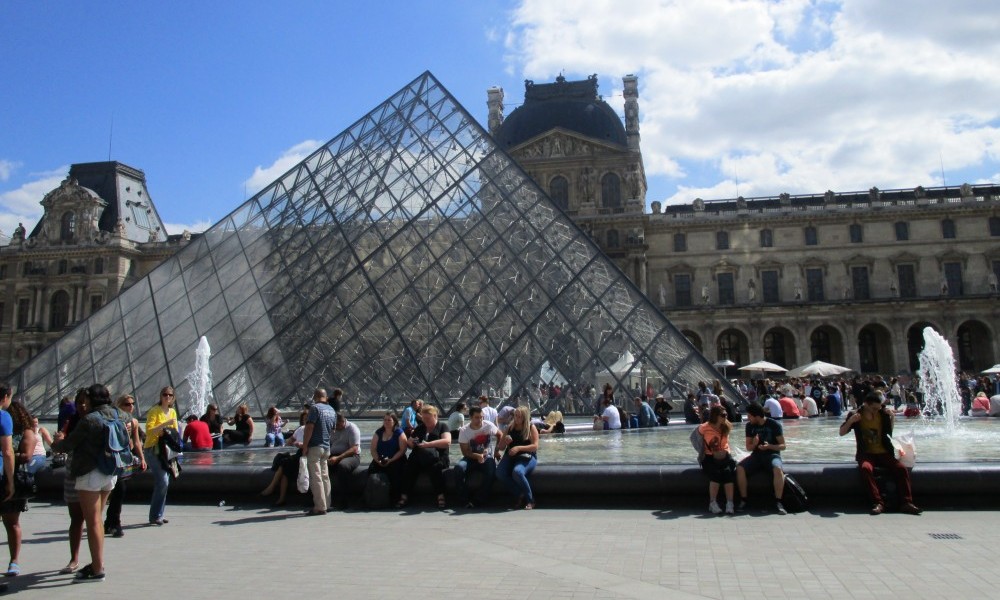 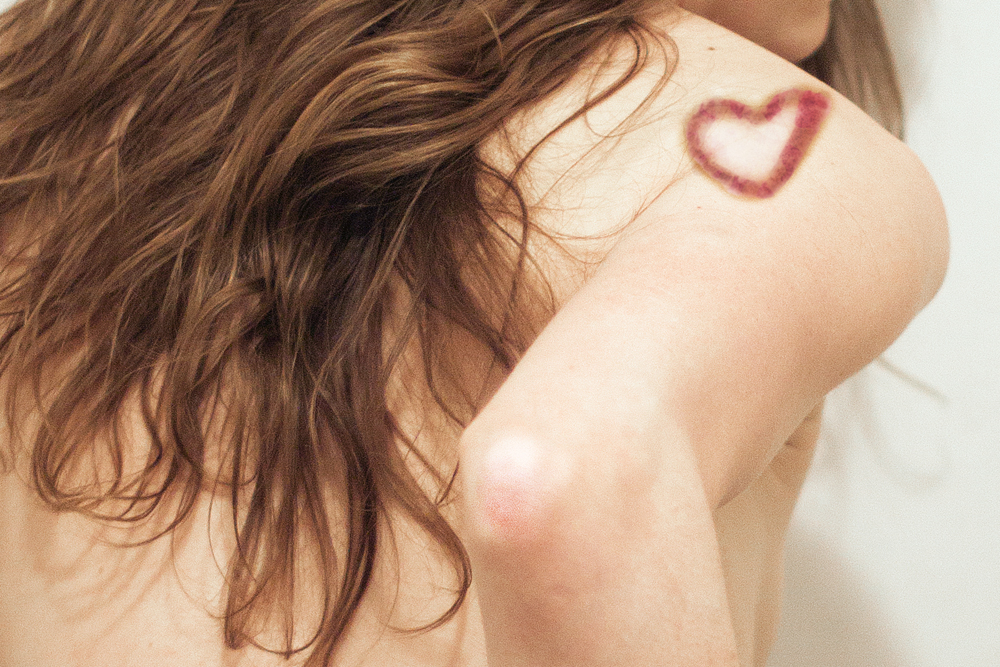 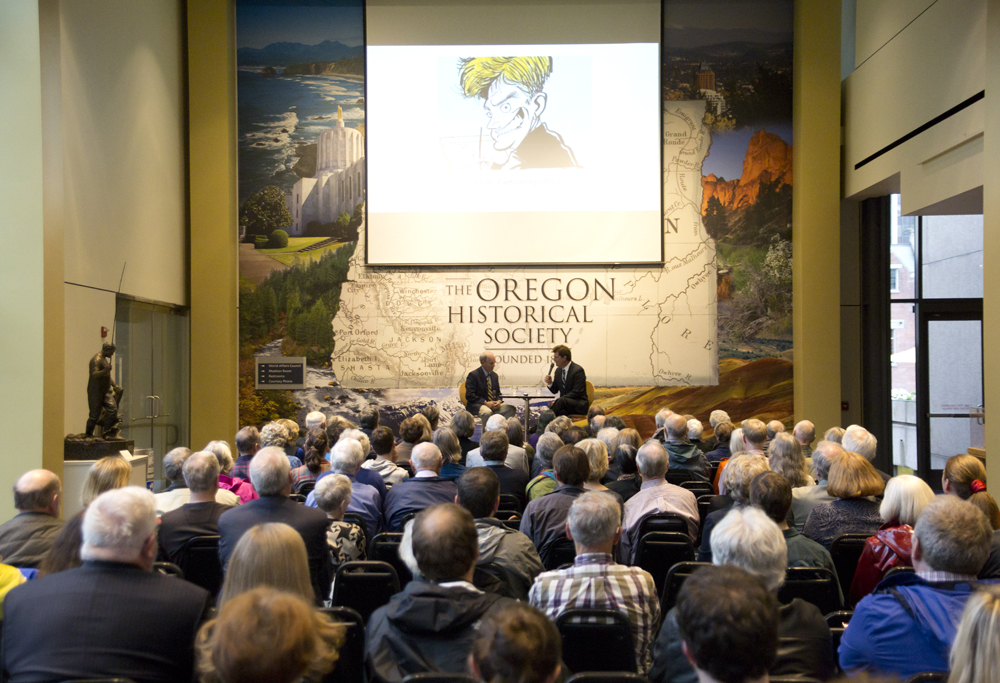 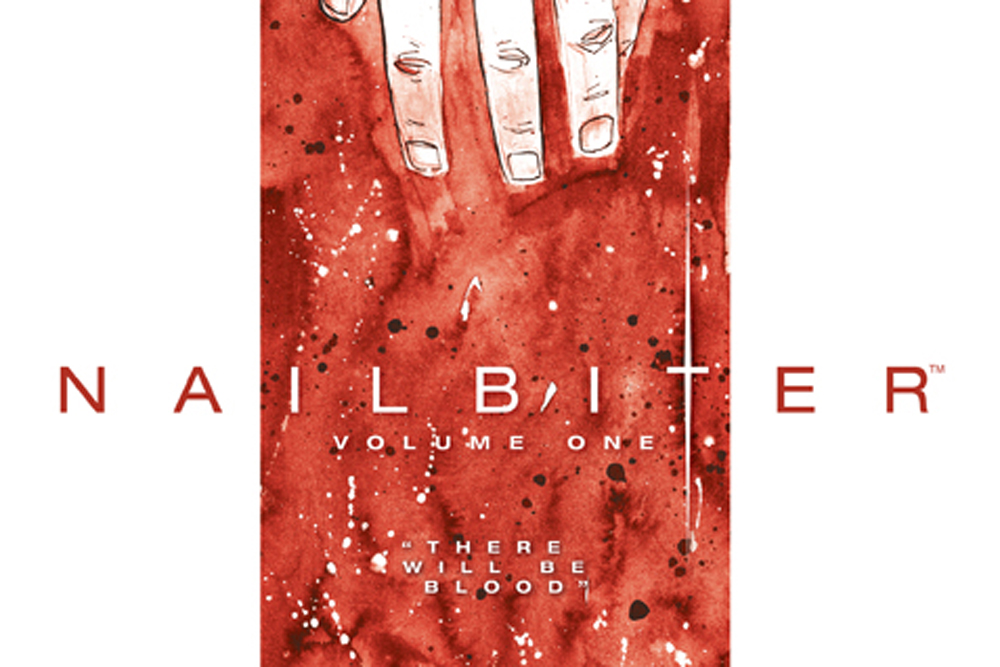 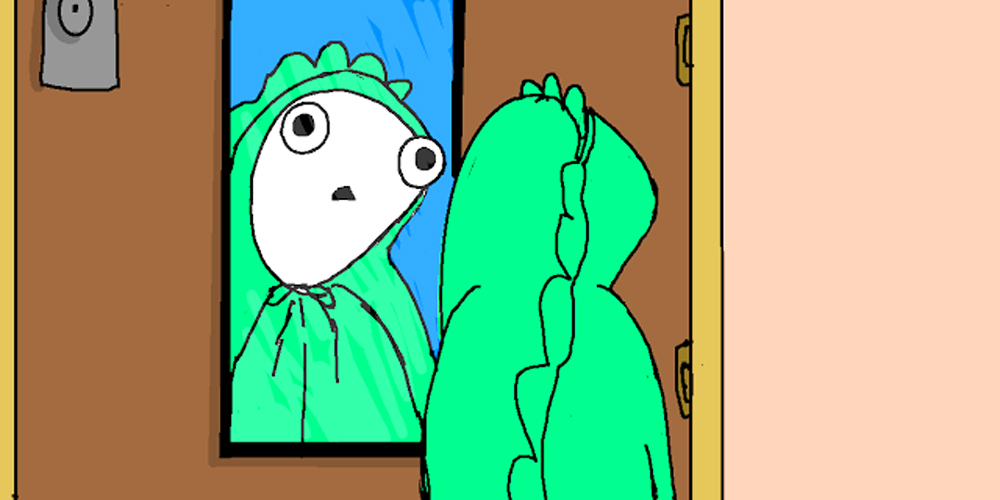 All the things, considered