You may not know much about open-source software, may not have even heard of it, but whenever you “Google” something, you’re using it. Google’s massive search engine uses open source and the company recently donated $350,000 for a joint project between PSU and Oregon State to further develop the software.

Open source has received a lot of attention in the technology industry and beyond and is an area that is expected to continue expanding. The Linux operating system is one of the more widely-known uses of open source, along with the Mozilla web browser and Apache web server.

Free to users and open to copy, modification and distribution by anyone, open source is an ongoing, collaborative process by a loosely connected community of computer researchers, students and other enthusiasts. “Open source is a decentralized, democratized way of designing software,” said Brian Edelschick, a network analyst at PSU’s Office of Information Technology, which uses open source in its e-mail and web infrastructure.

Open-source software research and development has been going on at PSU for over 20 years. A key player in this has been Assistant Professor Bart Massey of the Maseeh College of Engineering and Computer Science. Massey has been involved with open source at PSU since the 1980s when he was part of a group that assembled a volunteer student UNIX administration team, which continues today as Portland State’s Computer Action Team, working to support open-source systems and train administrators.

Last summer Google funded a $2 million “Summer of Code” program of over 400 students worldwide to work on open-source projects, including eight students mentored by Massey. Portland State’s current work led by Massey, along with Scott Kveton of Oregon State’s Open Source Lab, drew the attention of Google, leading to the $350,000 donated to the two universities.

Chris DiBona, Google’s open-source program manager, said the talented and dedicated faculty at PSU and OSU stood out to him. “They’ve been doing such a great job with open-source that when we were looking to give these grants, they are the ones who came to mind. It’s almost like they chose us, in a weird way.”

Though Google relies heavily on open-source software in their business, Massey said that is not the only reason they support further development of the shared technology. “Google is good folks and we want to see open source move forward for the public good.”

The entire technology industry also is forced to compete because open source is being developed quickly by a wide variety of people who care more about the development of the technology than profits, DiBona said. “We want to support open source because it helps level the playing field. It keeps the computer field healthy.”

A joint organization will be set up under the direction of Massey and Scott Kveton, associate director of the OSU Open Source Lab. “Broadly speaking, we see our mission as increasing our commitment to open-source research and development,” said Massey, though details of how the money will be spent are still being worked out. “We have some specific ideas in the works about how to do this, but nothing we’re quite ready to talk about yet.”

Pam Miller, director of external relations at the Maseeh College, sees the grant as a sign of further growth of open-source development at PSU and believes this is the start of something larger between Google and PSU as well as a bridge to Oregon’s technology sector. “This is just seed money. It’s only the beginning. They see us as big players in developing open source.”

Miller points to the collaborative nature of the project as significant. Unlike Oregon, many other states have large, well-known research universities that attract start-up companies and economic benefits. Together the two universities can achieve more, draw more attention, and hopefully spur economic growth in the region. “It’s a synergistic effect. The sum is larger than the whole.” 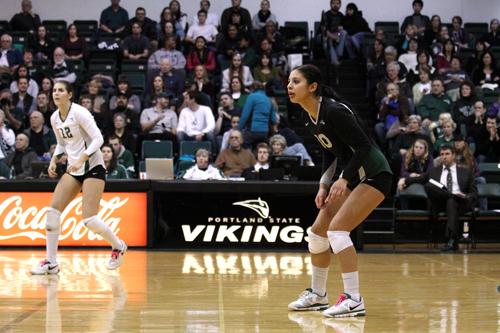