There is a good reason why many schools of thought theorize that the classic rock star diet of “sex, drugs and rock ‘n roll” is the ideal lifestyle.

There is a good reason why many schools of thought theorize that the classic rock star diet of “sex, drugs and rock ‘n roll” is the ideal lifestyle.

Your time would be better spent getting high–on healthy, natural endorphins produced by physical exercise and sex. Here is a list of records that will improve your game both on the field and in the bedroom.

Songs to get you off

Blockhead Music by Cavelight A down-tempo yet incredibly lucid instrumental album. Geometric beats flirt incorrigibly with rich, soulful samples and songs that transition effortlessly into one another. Absolutely your best bet for setting the mood, this record can literally transform the most banal apartment into an exciting clothing-optional cave where you can comfortably invent primitive mating rituals that would make your daytime-self blush.

Jefferson AirplaneSurrealistic Pillow San Francisco, 1967. Psychedelic rockers Jefferson Airplane put out the LP that became the soundtrack to the “Summer of Love,” a three-month-long Bacchanalian ritual that revolutionized sexual politics and brought attention to the “hippie problem.”

PortisheadDummyBeth Gibbons and her English trip-hop band transcend the traditional idea of foreplay and cut straight to the chase. Her singing is a gift, the aural equivalent of a free trip to a magic massage parlor where honey-voiced sirens rub you down with dopamine-rich salves. Happy endings included. Perfect for the morning after.

The FaintWet From Birth Omaha’s finest synth-heavy post-punk band takes the taboo subject of sexual frustration and makes it into a conversation starter: a conversation between two mature naked people. Their insanely energetic rhythm section makes the body gyrate in unpredictable ways, sanctioned by the clever lyrical innuendo of songs like “Erection” and the alarmingly arousing “Southern Belles in London Sing.”

Janis JoplinCheap ThrillsThere is just something about Janis’ voice that gives me goose bumps. No one else sounds anything like her and no one ever will. The original name of this album was Sex, Dope, and Cheap Thrills, but it didn’t fly with Columbia Records. I wonder what they thought of her going au natural in Rolling Stone magazine.

RammsteinSehnsucht Classic German industrial humping music. Characteristically aggressive and stoic, it appeals to the comprehensive definition of human sexuality. Denying that emotionless sex is without virtue comes at great opportunity cost–you can’t booty-call your ex-lover and listen to some cheesy-ass love song. That would be ridiculous! German heavy metal is perfect for animalistic make-up/break-up sex; just be careful about bringing this one out on a first date. [Editor’s note: Ryan is talking about “hate fucking” here, and while the Vanguard endorses this activity when appropriate, Rammstein and sex DO NOT belong together. Ever. Slayer is a better choice.]

Neutral Milk HotelIn the Aeroplane Over the Sea Be wary of anyone who snubs Jeff Mangum’s masterful song-craft on this album–they are most likely a robot and may be missing one or more elements of basic humanness that makes people suitable for reproduction.

Violent Femmes Add It Up If you can’t have fun, you can’t make love, and not making love is not fun. Which is why the Femmes’ best-of record is required listening. You will laugh, you will smile, and you will fornicate long into the night if you play your cards right. If you don’t like it, kiss off.

Songs to pump you up

PanteraCowboys From Hell What increases the heart rate faster than the brotherly ferocity of Dimebag Darrell and power drummer Vinnie Paul? Nothing legal, and certainly nothing more potent than this early-’90s Pantera album.

Primus The Brown Album In their prime, Les Claypool and Co. epitomized excellence in the new school of heavy music. There is no doubt in my mind that listening to this record will make you a healthier person, especially if you measure your physical well-being by counting the total amount of face-melting bass guitar performances you are exposed to on a daily basis. Not bad for working out, either.

VaselinesThe Way of the VaselinesA greatest-hits collection from the band that Kurt Cobain idolized, the Vaselines will lube up your jogging routine. Hear original versions of “Molly’s Lips,” “Son of a Gun” and “Jesus Doesn’t Want Me for a Sunbeam,” and compare them to Nirvana’s versions.

Ghost MiceThe Debt of the Dead Plan-It-X Records founder Chris Clavin apparently thinks it is acceptable to play punk music on acoustic instruments. It sounds great! Recommended as an accompaniment to whitewater rafting or kayaking.

Immortal TechniqueRevolutionary Vol. II Bump this at your local country club while enjoying a round of tennis, golf or polo–don’t get discouraged if no one understands. True genius takes time to appreciate.

Rage Against the MachineEvil Empire Tom Morello experiments with his guitar while Zach De La Rocha turns into a volcanic messenger of political rhetoric and unbridled energy. It’s good for “schralping the gnar'” (snowboarding) or fighting the man.

The VandalsHitler Bad, Vandals GoodEvery song on this record from the Southern California punks is short and fast. Perfect for sprinting!

The UnicornsWho Will Cut Our Hair When You’re Gone? The ‘Corns may be no more, but they were never really real anyway. Internal strife within the group shows up on this record, but for them that is a good thing–the band members compete for attention and play their asses off in the process. 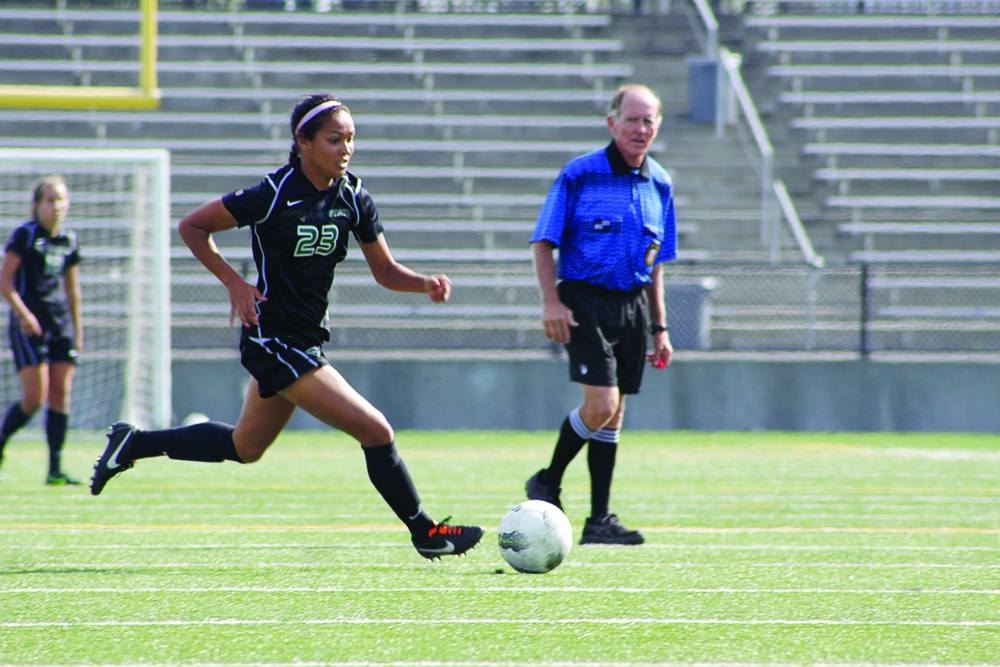